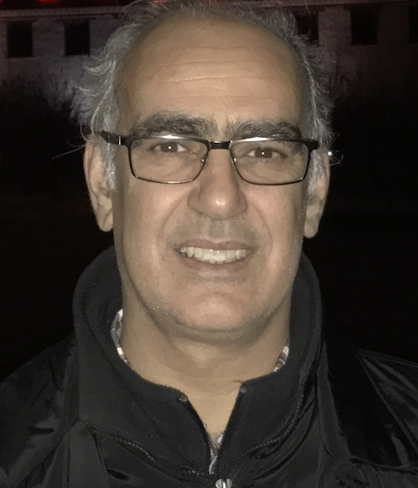 Associate Professor at University of Porto, Affiliate Professor at University of Montana, and senior researcher at CIBIO/UP, Centre in Biodiversity and Genetic Resources, where he heads the Conservation Genetics and Wildlife Management group. His main research field is conservation and molecular ecology of mammals species, in particular lagomorphs (rabbits and hares), small mammals and carnivores. Recent research projects focus on developing and using genetic non-invasive sampling for studying rare or elusive animals, and studying the population dynamics and ecology of managed and threatened species. Author of over 150 scientific publications, including books, book chapters, and papers in peer-reviewed journals (SCI). Associate editor of the European Journal of Wildlife Research, Member of the Lagomorph Specialist Group from UICN and president of the WLS – World Lagomorph Society.
http://cibio.up.pt/people/details/pcalves
https://www.researchgate.net/profile/Paulo_Alves9
Summary
The red deer (Cervus elaphus) is a widespread wild ungulate in Europe that has suffered strong anthropogenic impacts over their distribution during the last centuries, but also at the present time, due its economic importance as a game species. In this work we used a multidisciplinary approach for inferring the evolutionary and demographic history of the red deer in Europe, particularly in the Iberian Peninsula, by integrating molecular and paleontological data with predictive species distribution modelling.

A total of 911 individuals were sampled, genotyped for 34 microsatellites specifically developed for red deer and sequenced for a fragment of 670 bp of the mitochondrial (mtDNA) D-loop. Clear genetic differentiation between Iberian and European contemporary populations was observed at nuclear and mtDNA levels, despite the mtDNA haplotypes central to the phylogenetic network present across western Europe (including Iberia) suggesting a panmictic population in the past. Species distribution models, fossil records and genetic data support a timing of divergence between Iberian and European populations that overlap with the LGM. A notable population structure was also found within the Iberian Peninsula, although several populations displayed high levels of admixture as a consequence of recent red deer translocations. Five D-loop sub-lineages were found in Iberia that belong to the Western European mtDNA lineage, while there were four main clusters based on analysis of nuclear markers. Regarding glacial refugial models, our findings provide detailed support for the hypothesis that red deer may have persisted in cryptic northern refugia in western Europe during the LGM, most likely in southern France, southern Ireland, or in a region between them (continental shelf), and these regions were the source of individuals during the European re-colonization. This evidence heightens the importance of conserving the high mitochondrial and nuclear diversity currently observed in Iberian populations.