Extraction activities for toxic and persistent metals such as lead (Pb) have left a legacy of contamination in the form of hundreds of abandoned dumps in former areas dedicated to metalliferous mining. This pollution affects the waters, soils and pastures of what today are, in many cases, natural areas dedicated to other uses.

The repercussions of this inherited environmental problem, which has its origin in the lack of land restoration or rehabilitation laws and plans after mine closures in the past, are especially worrying in former mining districts whose territory is currently dedicated to extensive livestock farming.

Animals that graze in these contaminated lands incorporate the toxic metal into its metabolism through diet. When Pb reaches the gastrointestinal tract, a part –the bioavailable fraction– passes into the bloodstream and accumulates in internal organs and tissues. This not only implies that they can suffer from the toxic effects of Pb, but they can also accumulate it in their meat and milk, with the health risks for livestock and food safety that this entails. 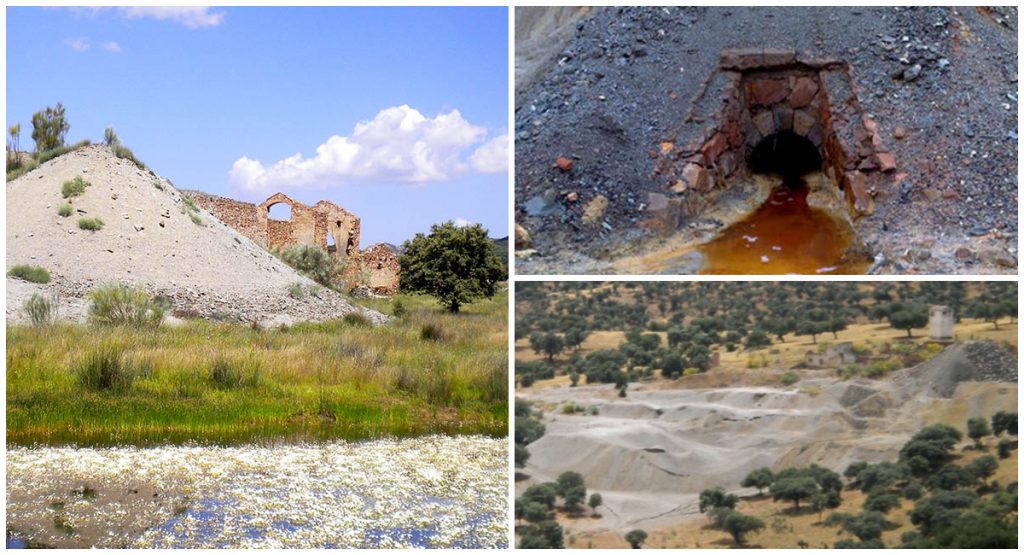 Livestock exposure to mining pollution is a more common situation than we would like, both in Spain and other countries worldwide. In fact, in our country we have several areas in which former metalliferous mining have left a legacy of contamination by potentially toxic metals in water, soils and pastures.

The solution to this invisible environmental threat could be the removal of contaminating wastes or preventing livestock from accessing them. However, in many former mining districts, the land surface affected by pollution after so much time of abandonment is so large that the adoption of these measures would be practically unfeasible, especially owing to the extremely high costs that they would entail.

In view of this situation, the Research Group in Wildlife Toxicology of the Instituto de Investigación en Recursos Cinegéticos (IREC – CSIC, UCLM, JCCM), which has been studying the problems associated with metal pollution in former mining districts for 15 years, has begun to investigate an alternative to minimize the exposure of livestock to Pb pollution: the use of nutritional supplements.

In an in vitro study previously developed by this team of ecotoxicologists, 12 mineral blocks selected from those available on the market were tested, and it was found that one of them, which was specially rich in calcium phosphate and carbonate, reduced significantly the solubility of Pb in both the gastric and the intestinal phase of a gastrointestinal simulation.

The road to an effective and low cost nutritional strategy to minimize livestock exposure to Pb pollution from mining had started, and the next step was to check, through a field experiment with sheep from polluted areas, if the effect observed in vitro on Pb solubility was also produced in vivo on Pb bioavailability. 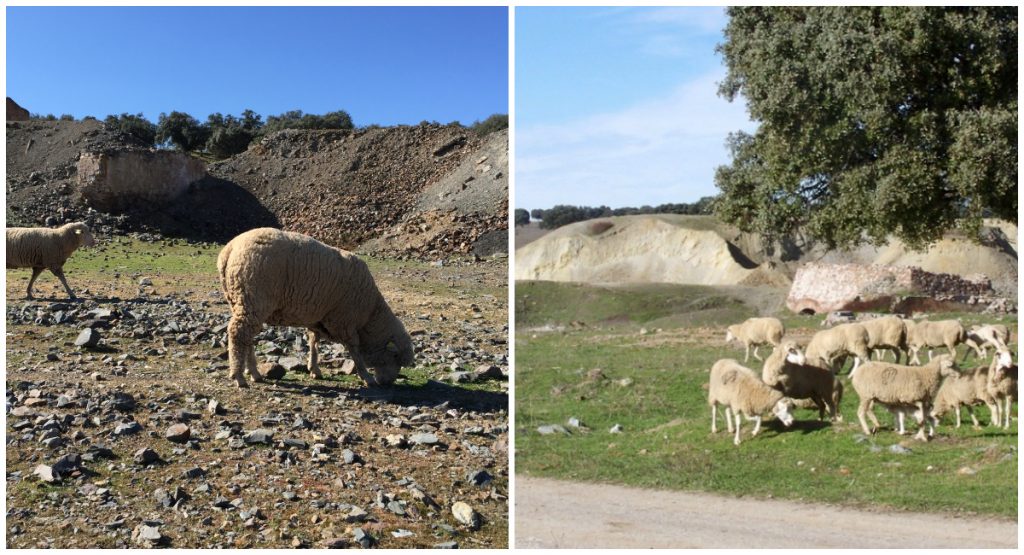 Livestock exposure to heavy metal pollution, such as Pb, occurs mainly through the ingestion of soil with high concentrations of Pb, either accidentally when they feed or deliberately through a behaviour named geophagy.

To do this, the scientists carried out three sequential, complementary experiments, with groups of sheep of different gender and age exposed to different degrees of Pb pollution in soils of a farm in a former mining area, without changing the common livestock operation practices in the farm.

Throughout the experiments, in which various combinations of absence and presence of the mineral block were assayed, the scientists collected samples of blood and feces to evaluate the effect of mineral supplementation on Pb exposure in each scenario, as well as its impact on various biomarkers of effect at blood level. 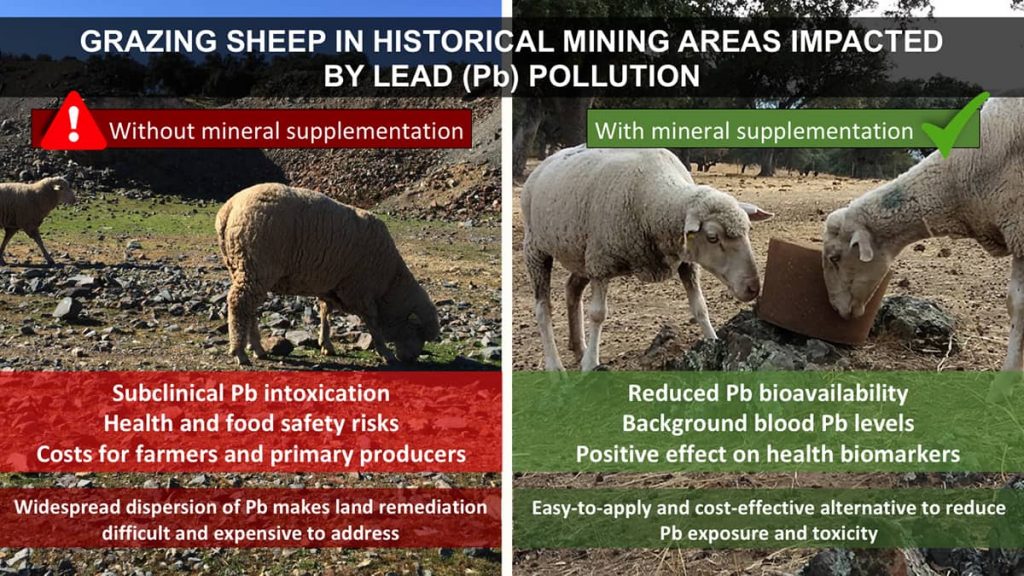 However, the relationship between blood Pb levels and the rate of Pb excretion through feces in response to the nutritional supplementation did not follow a similar pattern in all the scenarios, suggesting that several factors –such as age, gender, the degree of exposure to contamination or the mineral supplementation itself– can condition the metabolism of Pb, affecting its toxicokinetics and favouring (for example) its accumulation in bones or its elimination from the body through other routes of excretion, such as urine.

Although more research is required, knowing the effect that mineral blocks can have on Pb bioavailability under real field conditions provides fundamental clues to formulate mineral supplement compositions adapted to the needs of each herd of livestock. Because mineral supplements are commonly used to improve animal production and health, their use appears, therefore, an easy-to-apply and profitable tool to also combat exposure to toxic metals such as Pb in livestock from areas impacted by mining pollution.