A study carried out in the province of Ciudad Real (Spain) suggests that some of the package of management measures applied on intensive small-game hunting estates could favour the conservation of the little bustard. However, more studies are needed to assess whether the concentration of the little bustard population in these areas could represent a problem for their conservation.

The release of farm-reared partridges has become a common practice in many small-hunting estates. Although this measure technically intends to reinforce the wild populations of the red-legged partridge (Alectoris rufa) outside the hunting season, in many cases –mainly in intensive or commercial estates– these releases are carried out as close as possible to the opening of the hunting season or throughout this period in order to increase the economic performance of partridge hunting. 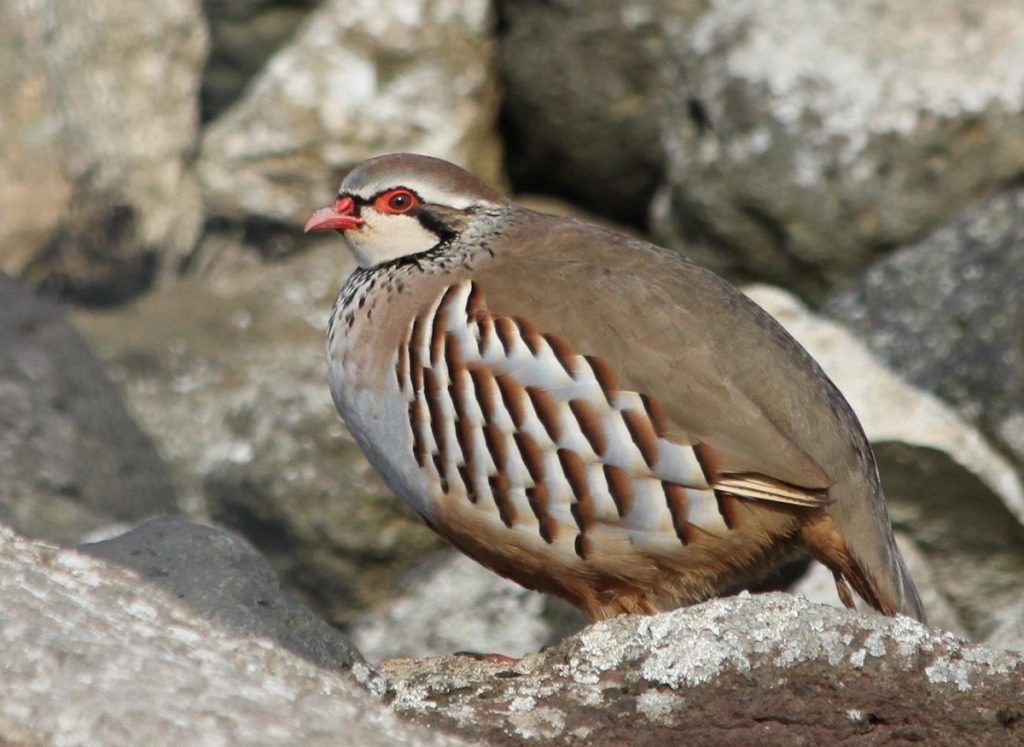 Annual hunting bags in Spain of between 2,5 and 4 million of red-legged partridges are only possible through the release of farm-reared animals for hunting.

Despite being common, it is a controversial hunting management practice, since the release of farm-reared individuals can be associated with a number of potential problems for wild populations of red-legged partridge, including changes in behaviour, demography and morphology, dissemination of pathogens or genetic introgression.

Furthermore, potential problems arising from the release of farm-reared partridges can negatively affect other wild bird species. This would be the case of the little bustard (Tetrax tetrax), a threatened and protected steppe bird whose populations have decreased almost 50% over the last decade in Spain –where the reproductive stronghold of the species is concentrated– and more than 70% at European level. 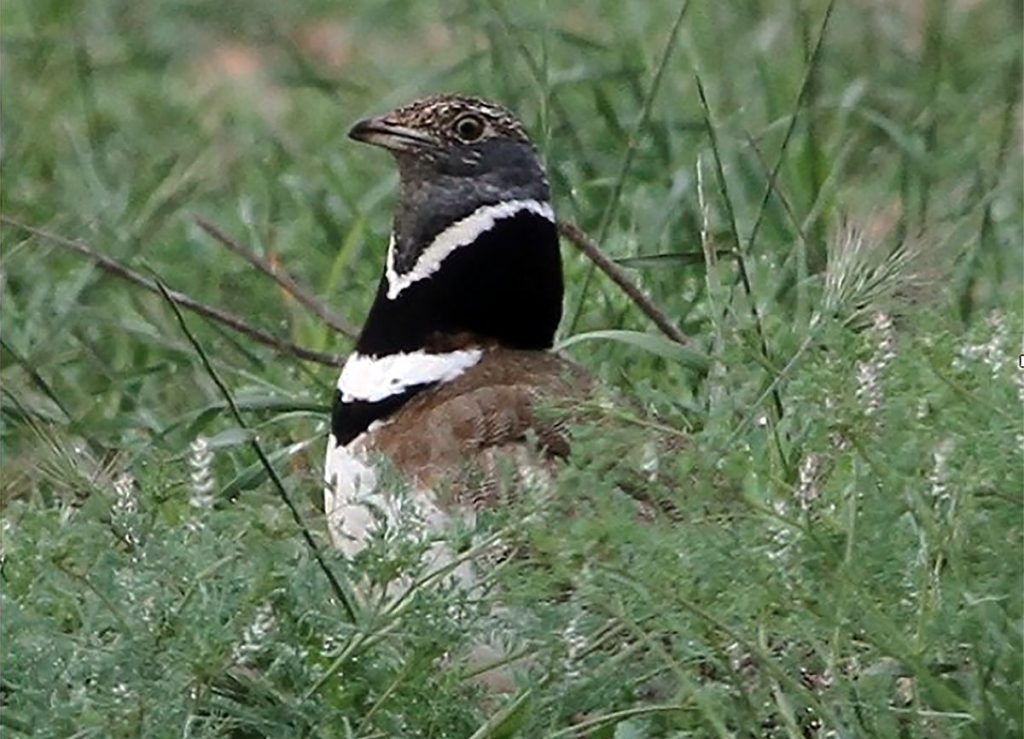 The little bustard is a threatened and protected steppe bird whose populations have dramatically decreased over the last decade in Spain and Europe.

In 2007, a scientific study described the occurrence of a new parasite for this species that apparently had its origin in the release of farm-reared partridges. If it is not anecdotal, this hunting management practice could pose a threat to the conservation of the little bustard. On the other hand, the little bustard could be favoured by other management practices that are usually carried out in hunting estates to favour the red-legged partridge, such as crops planted specifically for game that are not harvested or predator control.

Knowing how bustard populations vary in relation to the spatio-temporal dynamics of partridge releases may provide relevant information to shed some light on this issue, which could be of great value for the conservation of this threatened bustard. This was the objective of a group of researchers led by the Instituto de Investigación en Recursos Cinegéticos (IREC – CSIC, UCLM, JCCM).

The University of the Basque Country, the Game & Wildlife Conservation Trust and the Autonoma University of Madrid also took part in this research.

Using as study area the province of Ciudad Real –a Spanish province where the release of farm-reared partridges is especially common, which is also a population stronghold for the little bustard in the Iberian Peninsula–, researchers collected data on the number of farm-reared partridges released between 2002 and 2016, distinguishing the intensive or commercial hunting estates from others. In addition, they used data from the national little bustard surveys carried out in Spain in 2005 and 2016 to estimate changes in the population density of the species.

At the province level, the population of little bustard declined by 46% between 2005 and 2016. But decreasing the scale, it is observed that the only areas of the province where little bustard densities had not significantly changed were precisely those that were occupied by the intensive hunting estates in which the release of farm-reared partridges had been more intense throughout this period. 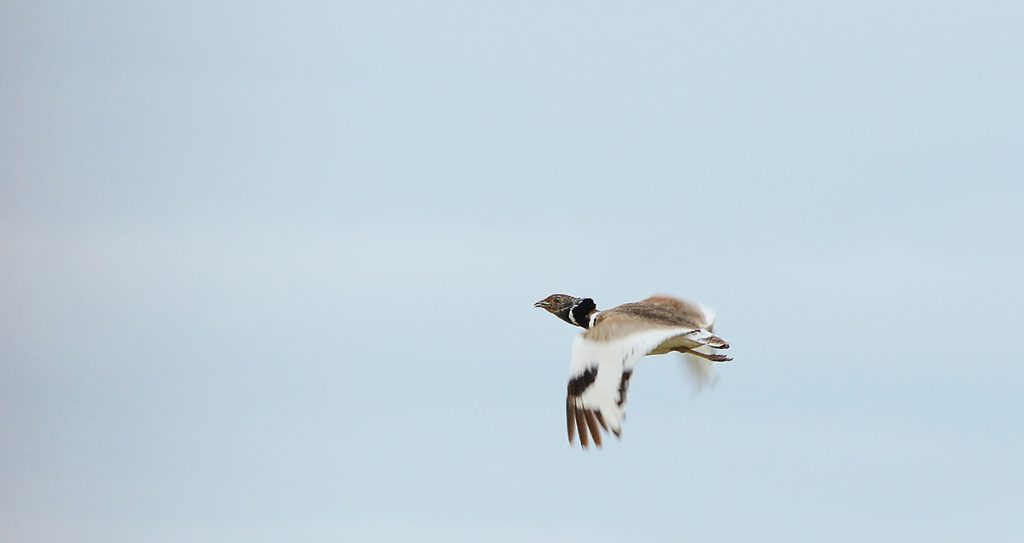 Some factors related with the habitat or the management might favour the abundance of the little bustard in intensive hunting estates.

Contrary to what might be expected, this result suggests that there must be certain factors in these intensive estates that favour the abundance of the little bustard. On the one hand, it could be that the habitat of these sites is particularly suitable for the little bustards. On the other hand, intensive small game estates tend to apply management measures, such as the installation of drinking troughs and supplementary feeding points for partridges, the sowing of forage crops (barley, legumes) and intensive control of opportunistic predators, to a greater extent than other estates. These are measures aimed at favouring the red-legged partridge, but that could also have positive effects on other steppe birds, such as the little bustard.

These results indicate that it would be important to identify the characteristics (habitat or management) of intensive estates that have a positive effect on the little bustard in order to optimize the conservation strategies of the species. In addition, it would be important to assess whether there is actually parasite transmission from farm partridges to the bustards since, if this were to occur, the aggregation of little bustards in intensive estates could be generating an ecological trap for the species.