Carrion is an important alternative trophic resource for generalist predators, which can behave as facultative scavengers depending on their availability. It can, therefore, be an especially significant food resource for these predators in habitats and at times of the year in which the availability of prey or other food resources is low, such as in temperate and alpine ecosystems and in cold climates.

Carrion from natural death (by disease and/or starvation) and by predation of wild ungulates is produced at a relatively stable level throughout the year. On the contrary, carrion derived from human-related ungulate mortality, mainly owing to hunting (in form of discarded hunting remains and/or supplementary feeding stations), generally occurs in late fall and winter. 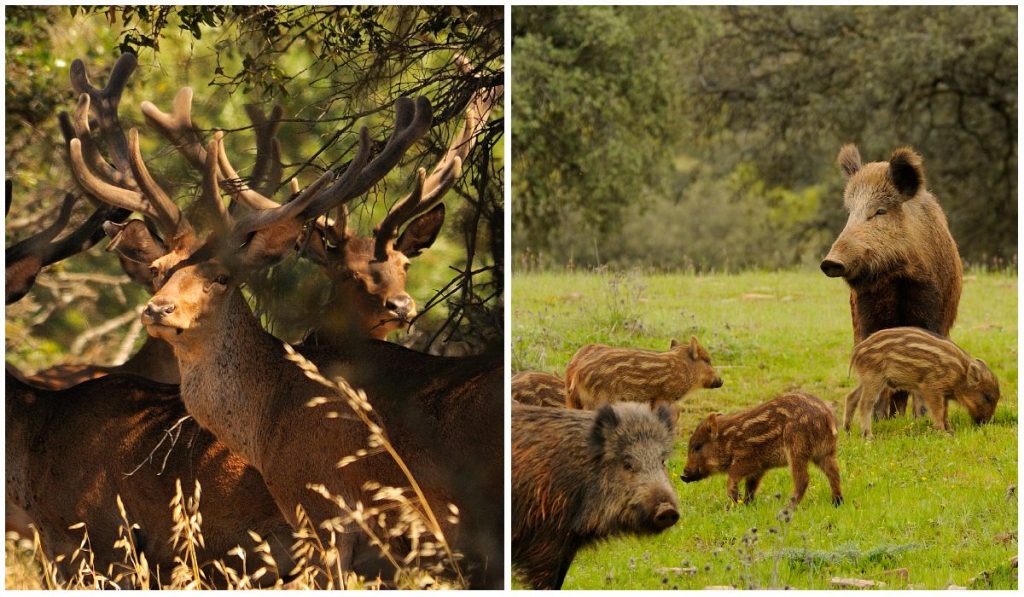 Wild ungulates, such as the red deer (Cervus elaphus) and wild boar (Sus scrofa), have expanded their distribution ranges and increased in numbers in Europe in recent decades, leading to an increase in hunting bags.

Thus, the carrion resulting from hunting supposes an annual temporary pulse of thousands of tons of complementary food resources that are available to generalist scavengers during the winter shortage of prey, which can affect their survival, diets and feeding behavior and have a positive influence on its density, distribution and diversity. On the other hand, this fact can have a considerable impact on the populations of its alternative preys when the availability of carrion is scarce, especially when these preys are threatened.

An example of this situation can be found in mountainous areas of the north of the Iberian Peninsula in the case of facultative scavenger predators such as the red fox (Vulpes vulpes) and the marten (Tuesday spp.), which could take advantage of carrion during the harsh winter, increasing their population density, and having greater subsequent impacts on alternative prey species, such as the threatened capercaillie (Tetrao urogallus), when the carrion disappears as a complementary trophic resource.

Capercaillie populations have been declining progressively throughout Europe, especially in the fragmented and threatened populations of the Iberian Peninsula. This decrease has been attributed, among other causes, to the impact of generalist predators such as foxes and marten, whose populations have benefited from the increased availability of carrion from wild ungulates.

Scientists from the Research Group in Game Resources and Wildlife Management of the Instituto de Investigación en Recursos Cinegéticos (IREC – CSIC, UCLM, JCCM), in collaboration with researchers from the Universidad de Lleida and technicians from TRAGSATEC, the General Council of Arán, the Fauna and Flora Service of Catalonia and the Ministry for the Ecological Transition and the Demographic Challenge, have studied the scavenger community in temperate forests inhabited by fragmented relict populations of capercaillie in the Lleida Pyrenees (northern Spain), and have evaluated species that act as predators of capercaillie nests and adults. Finally, they have analyzed whether the increase in the availability of carrion due to the increase in the abundance of wild ungulates and hunting bags in recent decades could have subsidized the generalist predator community during periods of food scarcity.

The data from hunting bags show a significant increase in the number of wild ungulates hunted during the period of sharp decline in the capercaillie population (last 3 decades). On the other hand, they indicate that the season (cold or warm), the characteristics of the landscape and the carcasses of wild ungulates (carrion) are related to the composition of the scavenger community and its scavenging efficiency.

In addition to capturing adult birds, foxes and martens are known as nest and chick predators of capercaillie and have been linked to negative impacts on the reproductive success of the tetraonid (Photo: Toni Batet).

According to the records obtained from a total of 37 camera traps located for the monitoring of carrion, it was consumed mainly by the fox, followed by the wild boar and the species of marten. The scavenging activity was determined mainly by the season, so that it was higher during the period in which the hunting season develops. On the other hand, thanks to radio-tagged capercaillies and the placement of camera traps in nests, the martens and the fox were identified as the main predators of the nests and adults of capercaillie, whereas predation by the wild boar was not observed.

The results of this study also show that the main predators of the capercaillie are the same species that consume carrion, especially in winter, and that the abundant resources of carrion could maintain higher populations of these species, potentially increasing the predatory pressure on the capercaillie population.

The authors of the work conclude that the management of carrion derived from hunting activity in capercaillie distribution areas is a necessary management action to reduce the available carrion biomass and thus reduce the impact of mesocarnivores on capercaillie conservation.