Globally, native predators and scavengers are threatened through the incidence of illegal poisoning due to increasing human-wildlife conflicts. The use of conditioned taste aversion (CTA) may mitigate such conflicts. CTA is a robust learning paradigm that occurs when animals associate a food with a discomfort induced by a chemical, thereby avoiding that food in subsequent encounters. We reviewed the potential of 167 chemical compounds to be used in CTA, considering effects, margin of safety, accessibility, and detectability. After the review, 15 compounds fulfilled the required characteristics, but only five (thiabendazole, thiram, levamisole, fluconazole and fluralaner) were finally selected to be tested in CTA assays with dogs. Of the tested compounds, thiabendazole, thiram and levamisole caused target food rejection by dogs and reduced the time spent eating during post-conditioning. However, despite being microencapsulated, levamisole appeared to be detectable by dogs, whereas thiram and thiabendazole were not. Fluconazole and fluralaner did not produce any CTA effect. Thiabendazole, thiram and levamisole can therefore induce CTA, and thus are potential candidates as aversive compounds for wildlife management. Thiram is an undetectable, relatively safe and accessible compound that can induce CTA in canids, and opens new possibilities to develop methods of non-lethal predation control. 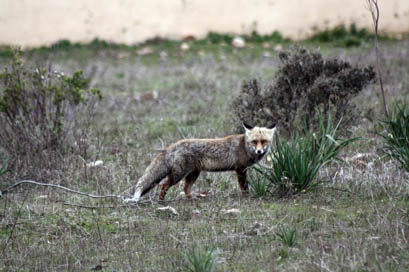