The constant increase in the abundance of wild boar (Sus scrofa) in the Iberian Peninsula over the last decades has become an increasing reason for socio-environmental conflicts. Months ago, this species of wild ungulate became the protagonist of news related to the health and environmental consequences of its overabundance in certain natural areas and its growing presence in urban environments. Now, a new research carried out in Barcelona and its metropolitan area has revealed that urban and suburban populations of this suid have a high prevalence of second-generation anticoagulant rodenticides.

Anticoagulant rodenticides are synthetic chemical compounds that we have actively spread over our fields and throughout cities to control the populations of commensal rodents. Those of second generation (known as SGARs) were introduced in the 1970s following the widespread development of rodent resistance to those of first generation, providing a more affective single lethal dose, despite they are much more persistent. As its name suggests, these biocides, which are highly toxic, cause a lethal haemorrhage in rodents exposed to high enough acute doses.

However, its toxic action not only affects rodents, and as they are very persistent substances, their bioaccumulation in the internal tissues of exposed animals facilitates their transfer throughout the food chain, generating a risk of secondary poisoning in non-target species that occupy higher trophic levels, such as the wild boar. 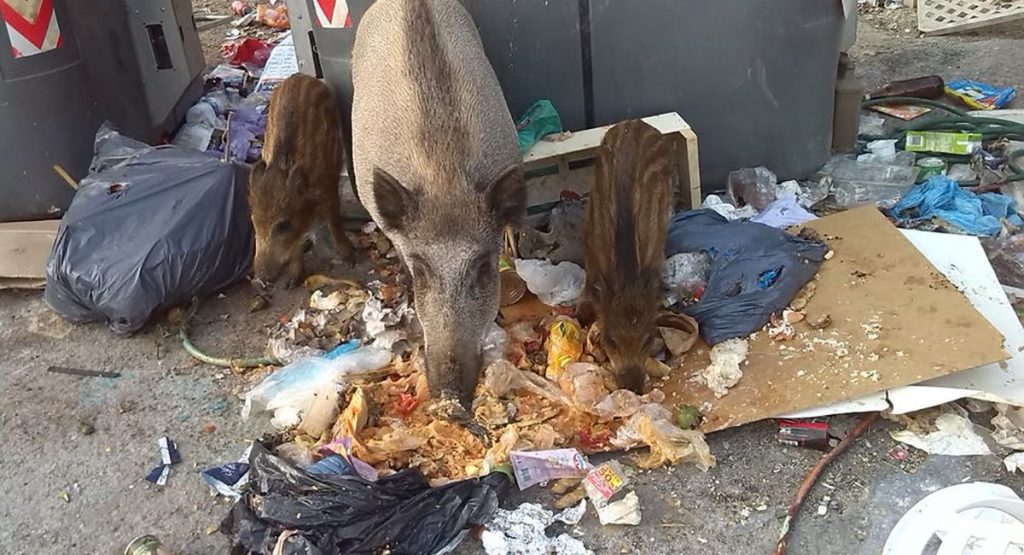 As omnivorous and opportunistic, the wild boar (Sus scrofa) can be exposed to second-generation anticoagulant rodenticides either by the direct ingestion of anticoagulant baits or by the consumption of carcasses of animals poisoned by these rodenticides (Photo: SEFaS).

The research study, which has been conducted by the Research Group in Wildlife Toxicology of the Instituto de Investigación en Recursos Cinegéticos (IREC – CSIC, UCLM, JCCM), the Service of Wildlife Ecopathology (SEFaS) of the Universidad Autónoma de Barcelona (UAB) and the Higher Technical School of Agricultural Engineering of the Universidad de Lleida, shows that exposure of wild boars to SGARs depends on the degree of habitat anthropization, being greater in the areas more densely occupied by humans.

Thus, up to 61 and 40% of the wild boars inhabiting the city of Barcelona and its metropolitan area, respectively, present SGARs residues in liver and muscle, mainly bromadiolone and brodifacoum. The accumulation of these biocides is especially noticeable in the liver, where levels above the threshold for adverse effects on blood clotting are reached in almost 14% of the animals analyzed.

In areas with high human population densities, such as Barcelona and its suburban environment, SGARs are used intensively to control the populations of commensal rodents, thus these results suggest that wild boars inhabiting urban and suburban areas might be frequent consumers of anticoagulant baits and of carcasses of rodents poisoned by these rodenticides, or even their predators, such as cats. 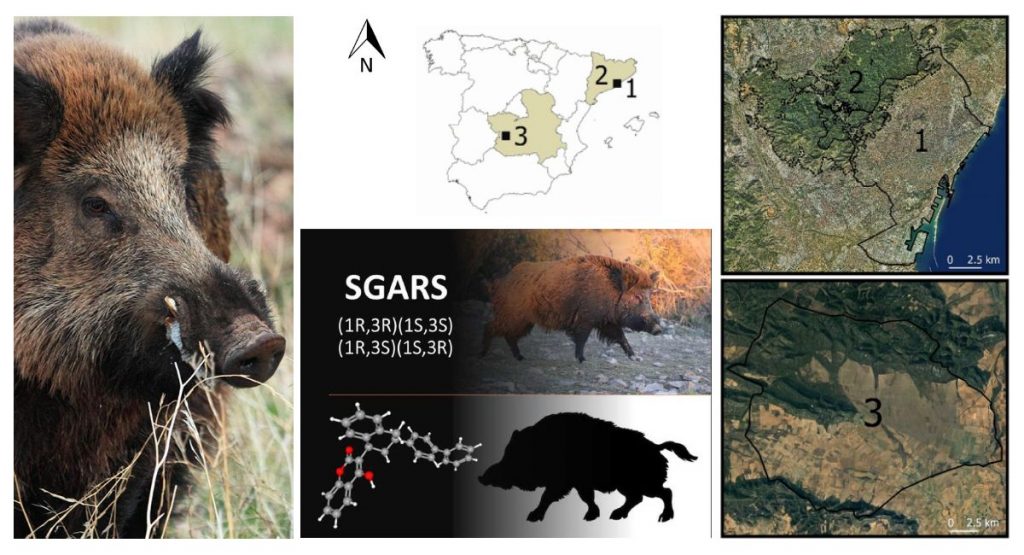 This work has a special relevance in the field of food safety, since the wild boar is a hunting species whose meat is destined for human consumption. In this regard, only 12% of meat (muscle) samples accumulate detectable levels of rodenticides, and in all cases they are low enough to not imply a risk derived from its consumption. In contrast, the results obtained recommend avoiding offal consumption when it comes from areas subject to intensive SGAR us, although further risk assessments are required.

The research also compares the proportions of SGAR chemical forms accumulated in wild boar tissues with those in commercial baits, since each chemical form of a SGAR (called diastereomers cis- and trans-) can have different toxicokinetic properties that determine its greater or lower metabolism and persistence. Unlike what happens in rodents, in which one of the diastereomers accumulates more than the other, the proportion of SGAR diastereomers in wild boar liver was similar than in the commercial baits. This information could be highly relevant to improve SGAR formulations by selecting chemical forms less persistent and therefore less harmful to non-target species and food chains, although this will require more research.