The methodological procedure for the large-scale monitoring of chemical substances, tested in aquatic ecosystems of Important Bird and Biodiversity Areas (IBAs) in Spain, will allow evaluating the potential impact of this environmental threat on wildlife conservation in the most pristine aquatic ecosystems.

Some of the most severe, harmful and worrying problems of pollution are not perceived by our senses, and it is perhaps because we have spent too much time without paying due attention to its causes and consequences. We are referring to most cases of chemical pollution, which is due to the introduction of potentially toxic substances into the environment.

This form of pollution is mainly associated with human activities, and it is one of the most annoying for several reasons: it is usually owing to a mixture of substances with high toxic potential and persistence, it does not understand frontiers and it is almost invisible. Therefore, its effects on the health of living beings are manifested in silence, without attracting attention. This contamination often becomes chronic and affects individuals and their populations, putting the survival of many species at risk.

Chemical contamination and its effects are of particular concern when it reaches aquatic ecosystems, as it leads to habitat degradation and biodiversity loss in the most fragile areas. Not even the theoretically most pristine natural areas, such as the Important Bird and Biodiversity Areas (IBAs), are free from this environmental problem.

Important Bird and Biodiversity Areas (IBAs) are sites of ecological interest and of importance for the conservation of biodiversity, identified by BirdLife International under scientific criteria, specifically for bird populations.

The evaluation of the contamination status in hotspots of biodiversity as IBAs is often overlooked because of the difficulty to implement monitoring programmes, since it requires an intense effort of sampling, logistics and coordination from the collection of samples to their analysis in the laboratory. In addition, for these samples, it is crucial to use multiresidue analysis methods capable of simultaneously detecting various types of contaminants whose concentrations, in theory, are expected to be low.

In order to deal the possible problems of chemical contamination that can be generated in natural areas of high ecological value, a team of scientists from the Instituto de Diagnóstico Ambiental y Estudios del Agua (IDAEA – CSIC), the Sociedad Española de Ornitología (SEO/BirdLife) and the Research Group in Wildlife Toxicology of the Instituto de Investigación en Recursos Cinegéticos (IREC – CSIC, UCLM, JCCM), has developed and implemented a methodological procedure to determine a large number of organic micropollutants from different chemical families and simultaneously, in water samples collected in 21 representative IBAs of the different types of existing habitats in Spain. 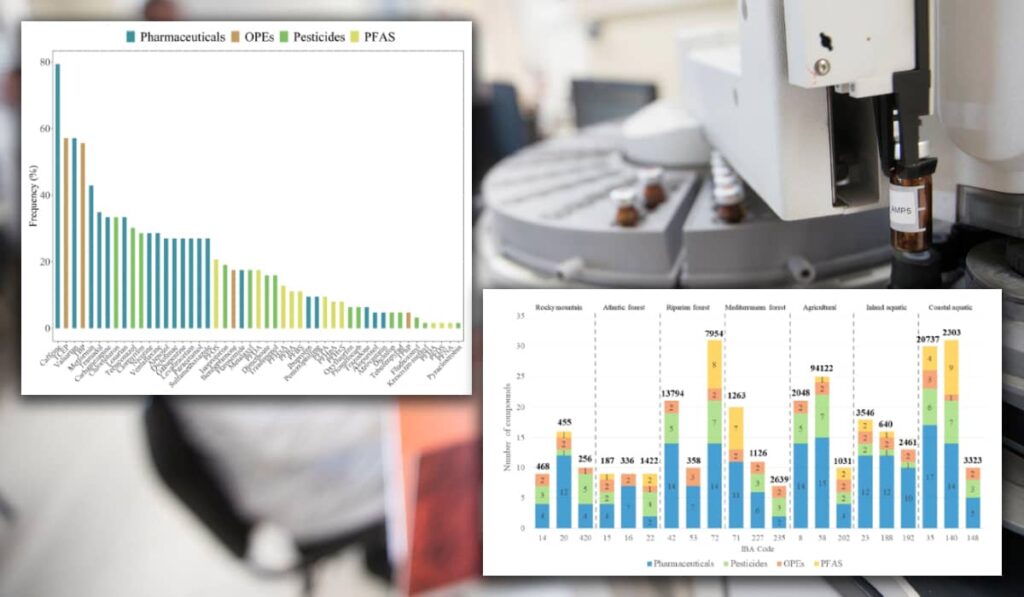 The analytical part of the methodological procedure is based on the use of liquid chromatography techniques coupled to tandem mass spectrometry (LC-MS/MS). Thanks to this technique, 21 pharmaceuticals, 17 pesticides, 3 organophosphate esters, 17 perfluoalkyl substances and benzophenone have been analyzed simultaneously.

The results show that 83% of the chemical substances analyzed (a total of 59) have been detected in the Spanish IBAs, which shows that even the natural areas of greatest ecological value, which in theory would be the most pristine, suffer the impact of chemical contamination.

Among the micropollutants studied, pharmaceuticals (such as caffeine, ibuprofen or paracetamol) and organophosphate esters are the most ubiquitous. Caffeine, which was detected in 79% of the samples analyzed, is an indicator of anthropogenic contamination, so its presence is a symptom of human intrusion into natural areas.

The presence of pharmaceuticals in the water of IBAs, detected in 98% of the samples analyzed, is of great ecological relevance because these chemical substances are bioactive, so they can interfere in the regulation and expression of genes and immune responses and affect the development and neuroendocrine and cardiovascular systems of vertebrate fauna.

According to the European Medicine Agency (EMA), pharmaceuticals present in water at concentrations higher than 10 ng/L should be assessed for risk in the aquatic environment. Unfortunately, the analyzed pharmaceuticals exceed this limit in 12% of the samples collected in the Spanish IBAs. 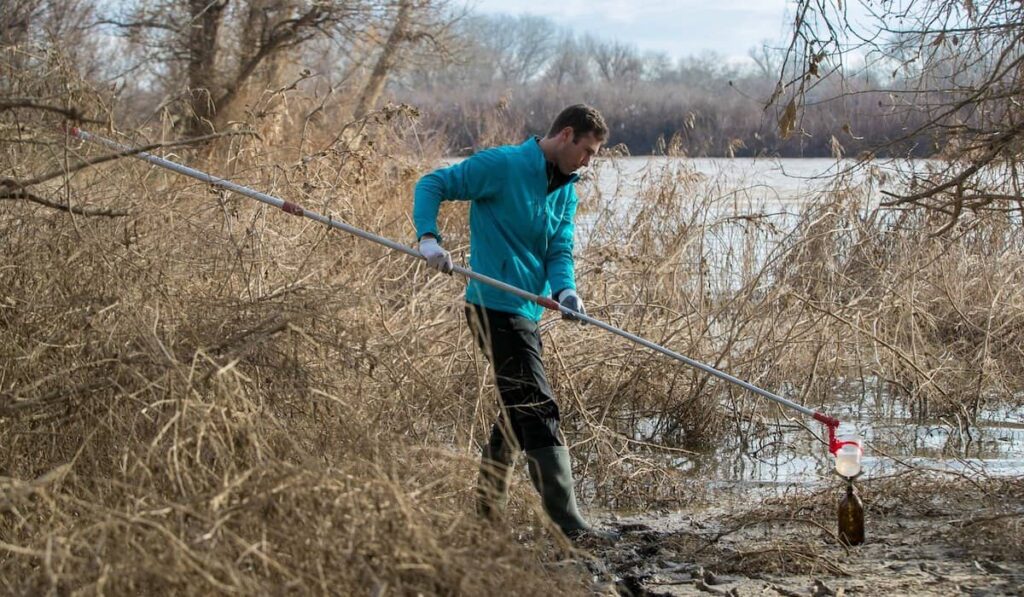 Considering the different types of IBAs, water in the area of influence of agricultural habitats, coastal aquatic habitats and water masses in riparian forests are the environments most affected by chemical contamination, with the proximity of urban settlements being a key factor.

On the other hand, organophosphate esters have been detected in 76% of the samples. These chemical compounds are used as flame retardants and as additives in plastics, paints and other furniture materials and electronic components.

Other chemical contaminants, such as pesticides (closely associated with agricultural activities), perfluoalkyl substances (components of GoreTex®, Teflon, used as surfactants, in the agrochemical industry and as an additive in fire-fighting foams, for example) and the benzophenone (used in cosmetics and as an additive in the plastic industry) were detected in 60, 29 and 17% of the samples analyzed, respectively.

As a whole, this methodology, developed and implemented within the framework of the LIBERA project promoted by SEO/BirdLife in partnership with Ecoembes, highlights the need to allocate research and management efforts to assess chemical contamination, the "garbage" that is not seen, even in the natural areas of Spain that, in theory, are considered specially free from anthropic pressures. This involves the identification of pollution sources and chemical substances, as well as the evaluation of their impact on wildlife with the aim of implementing mitigation measures.