Researchers from the IREC, the IESA-CSIC, and the Universidad de Málaga and technicians from the Dirección General de Medio Natural y Biodiversidad of the Junta de Comunidades de Castilla-La Mancha report for the first-time anomalous colouration in the Egyptian mongoose

In mammals, fur colouration plays an important role in concealment, behaviour, reproduction, communication, and thermoregulation. The most common anomalous colourations in mammals’ coat are known as albinism, melanism and leucism. Albinism is the complete absence of pigmentation in the full body; in albino individuals the eyes and soft skin tissues even lack any colouration. Melanism is the opposite of albinism, having an excess of melanin in the pigmentation; individuals show a black or brown-red colour. For its part, leucism is the partial lack of pigmentation, and leucistic individuals usually keep the normal colour of the eyes and soft skin tissues.

The Egyptian mongoose (Herpestes ichneumon) is the only mongoose species (Herpestidae Family) naturally occurring in Europe; it nowadays occurs in the southwest of the Iberian Peninsula. The typical colouration of mongoose’s fur is grey, as results of the alternance of brown and cream strips in its hairs. 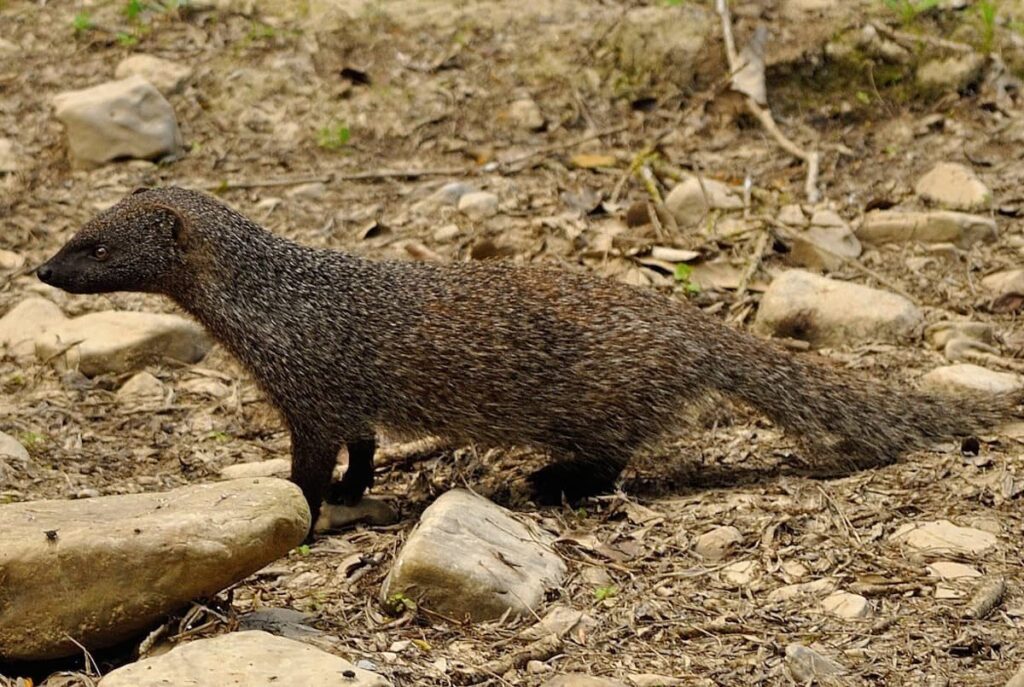 These cases of atypical colouration apparently corresponded to leucistic individuals due to the cinnamon colour in the coat and the normal pigmentation of the eyes. Three of these Egyptian mongooses were detected in Toledo province and one in Ciudad Real province. Anomalous colourations might be disadvantageous for those individuals since their hunting success, predation risk, intra- and interspecific communication and reproduction could be affected. This could explain the rarity of the anomalous colouration reported for this species and the lack of previous records. 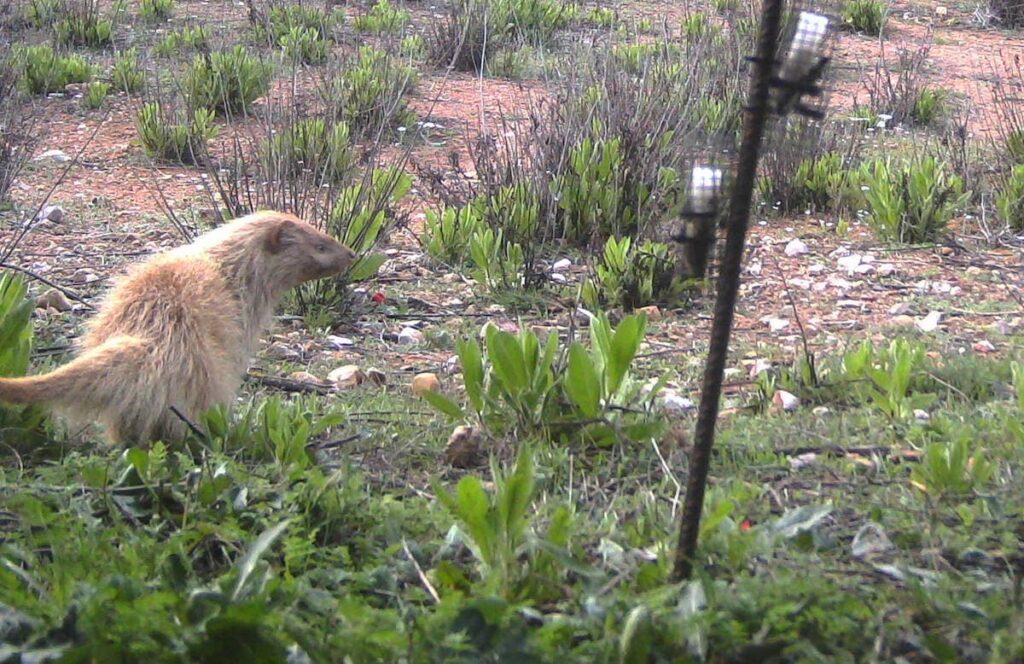 Egyptian mongoose with leucism, recorded by cameras of the MELOCAM project.

The short scientific communication is available at: