Birds of prey are good "sentinel species" of environmental contamination. This means that monitoring exposure to chemical contaminants and the associated health effects in these species can serve several purposes, from evaluating whether chemical pollution may pose a conservation threat for individual species or reporting spatio-temporal trends in environmental contaminant concentrations, to providing insights into the global health of the ecosystems inhabited by these birds and warning about potential human exposure and effects on health.

This valuable role of raptors as sentinel species could be very useful for evaluating the outcomes of regulation and other mitigation measures designed to reduce environmental pollution over large spatial scales, for example, at a pan-European scale. In fact, EU legislation regarding the use of chemicals and environmental protection against chemical pollution is currently harmonized, so that the most appropriate assessment of its correct performance needs to be at the same scale.

However, ecotoxicological studies focused on raptors often cover smaller spatial scales (national, regional or local), can focus on a wide variety of different species, and can be based on the use and analysis of very diverse sample types. It could be said that the art of environmental contaminants biomonitoring using raptor species is not currently harmonized, so that it cannot be adequately used as an assessment tool on a geographical scale as broad as the pan-European. 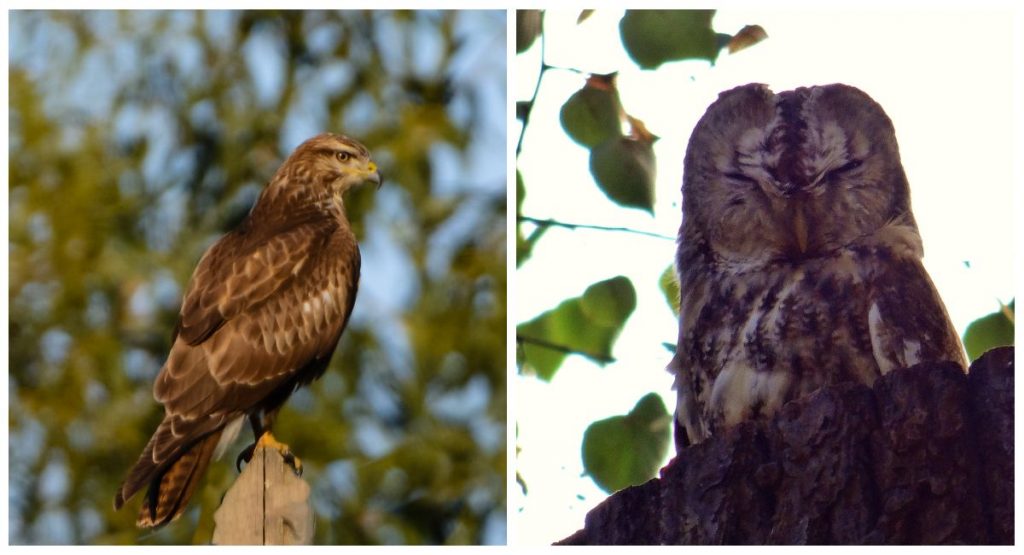 Raptor species, such as the common buzzard (Buteo buteo) and the tawny owl (Strix aluco), are particularly suitable to monitor the presence of persistent, bioaccumulative and toxic (PBT) chemical contaminants in the environment, which makes them excellent “sentinel species” of ecosystem health.

Chemical pollution involves extensive costs from negative effects on human health and wildlife at a pan-European scale, thus it is imperative to reduce these costs through a better system to assess the effectiveness of EU regulations on chemical substances and to estimate health and environmental risks. For this it is crucial to harmonise the biomonitoring of environmental contaminants using raptors, which is a key challenge for scientists.

Fortunately, they have already started to work. It all started thanks to a COST Action of the European Raptor Biomonitoring Facility (ERBFacility) that brought together more than 60 ecotoxicologists, from 24 countries of the European Union and neighbouring countries, through a meeting held at the Instituto de Investigación en Recursos Cinegéticos (IREC – CSIC, UCLM, JCCM) in February 2018. Researchers agreed that a key challenge to move towards the harmonisation of chemical biomonitoring using raptors in Europe is to determine which species are likely to be the most suitable sentinels for monitoring contaminants in terrestrial ecosystems based on their biological and ecological traits.. 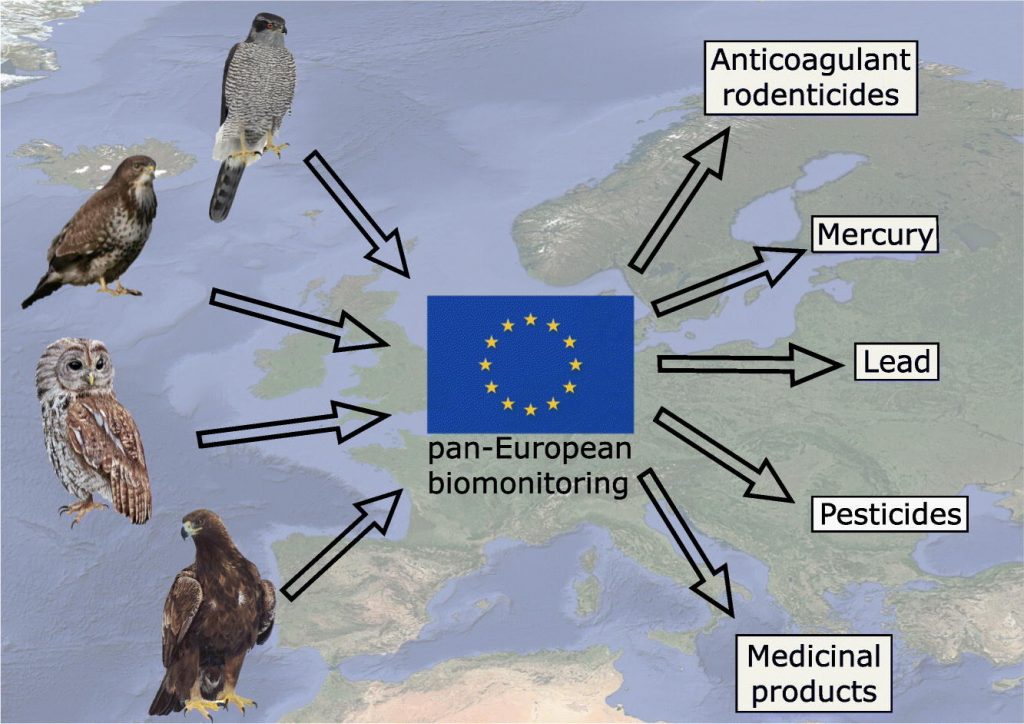 The ERBFacility will serve to improve the effectiveness of the evaluation of chemical substances, the assessment of the environmental risk associated with their use and the early warning of pollution problems at EU scale, all regarding the regulation and monitoring of 4 priority groups of polluting chemicals, such as plant protection products (pesticides), biocides (such as anticoagulant rodenticides), toxic metals (lead and mercury, among others) and products for veterinary use (mainly non-steroidal anti-inflammatory drugs).

The conclusions of these first steps towards harmonizing the biomonitoring of chemical contaminants using raptors show that the common buzzard (Buteo buteo) and the tawny owl (Strix aluco) are the best candidates as sentinel species for most of the chemical contaminants. In addition, they are abundant throughout Europe, enhancing the likelihood that samples can be collected.

The authors of this analysis, from the Leibniz Institute for Zoo and Wildlife Research (Germany), the Norwegian University of Science and Technology (Norway), the Universidad de Murcia, the Estonian University of Life Sciences (Estonia), the Centre for Ecology and Hydrology (UK) and the Research Group in Wildlife Toxicology of the IREC, also highlight that other species may be better sentinels for certain pollutants, such as the golden eagle (Aquila chrysaetos) for lead (Pb), the northern goshawk (Accipiter gentilisfor mercury, and vultures for non-steroidal anti-inflammatory drugs.

Everything seems to indicate that the ecotoxicologists linked to the pan-European biomonitoring of chemical contamination should focus their attention on the study of the common buzzard and the tawny owl as sentinel species, at least initially. This research marks the beginning towards a harmonized biomonitoring of chemical contaminants using raptors in Europe and, in turn, offers the scientific community and the environmental authorities an approach for identifying raptor biomonitors that can be applied to other continents and contaminants.