Until now, the possibility of cannibalism in the red fox had only been documented by indirect evidence. Now, direct observation of this trophic behaviour reveals that food shortages in mountain areas can put foxes at risk of disease transmission by consuming dead conspecifics.

Cannibalism, or intraspecific predation, occurs when an individual consumes another individual of the same species. When scavenging individuals consume conspecifics found already dead, cannibalism is named conspecific or intraspecific necrophagy. These behaviours have been observed in a wide variety of animal taxa, but are rare in carnivorous mammals.

Cannibalism is associated with ecological and nutritional benefits by providing food resources, but can involve potential risks such as those related to pathogen transmission. In the case of the red fox (Vulpes vulpes), a generalist and opportunistic carnivore capable of taking advantage of a multitude of trophic resources depending on their availability, the possibility of cannibalism had only been documented through indirect indications. 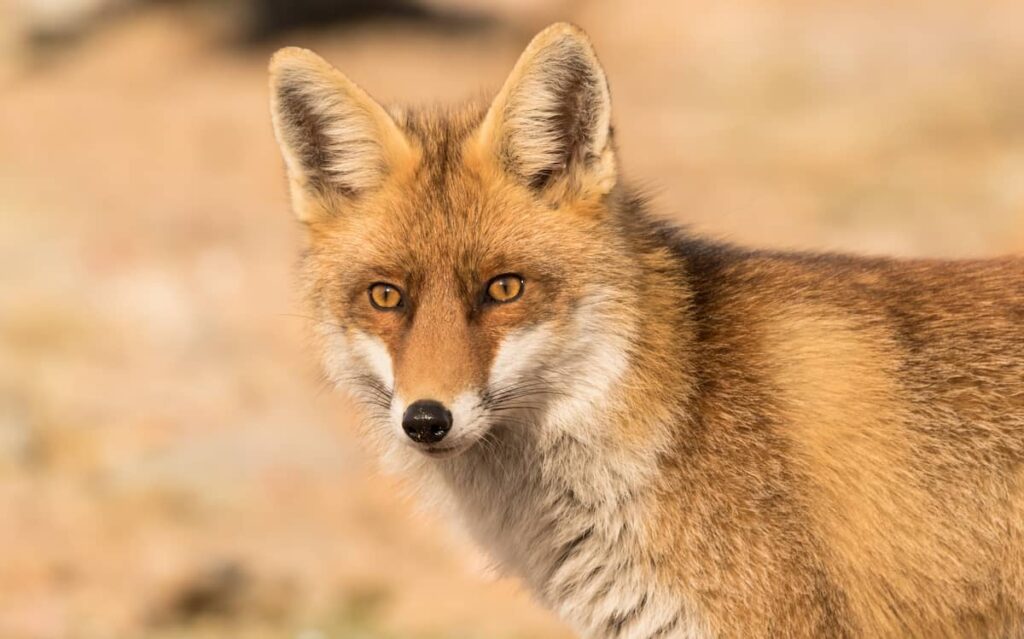 The red fox (Vulpes vulpes) is a generalist and opportunistic carnivore capable of taking advantage of a multitude of trophic resources depending on their availability (Photo: Pilar Oliva-Vidal).

Scientists from the Research Group in Game Resources and Wildlife Management of the Instituto de Investigación en Recursos Cinegéticos (IREC – CSIC, UCLM, JCCM) have published the first direct observations of cannibalistic necrophagy in red foxes (Vulpes vulpes), giving rise to new theories on the role of cannibalism in the population dynamics of red foxes and the intraspecific transmission of diseases.

The observations could be carried out by placing six red fox and seven lamb carcasses of similar size, in order to determine possible differences in the scavenging behaviour of foxes between carcases of conspecifics and prey species. Thanks to monitoring by motion-triggered remote cameras, conspecific necrophagy was recorded in all fox carcasses at different stages of decomposition, seasons and locations. The detection time of the carcasses by the foxes was similar for both fox and lamb carcasses, but the lamb carcasses were completely consumed in a shorter period, evidencing a preference for heterospecific consumption. 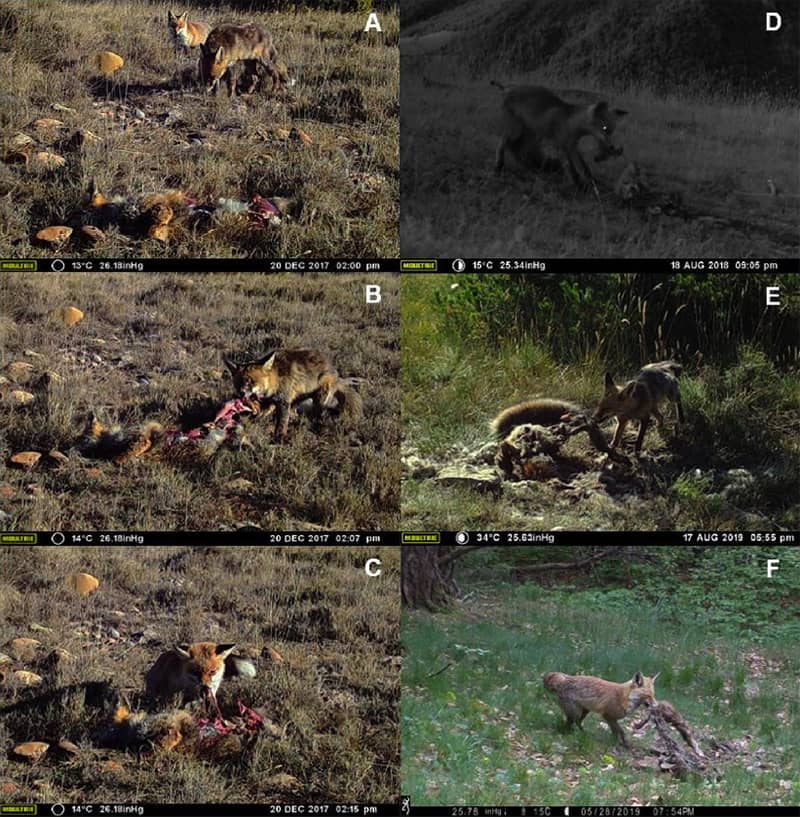 These findings contrast with other studies arguing that avoidance of cannibalism in carnivorous mammals is due to an evolutionary strategy to reduce the likelihood of disease transmission. In fact, these observations of conspecific necrophagy provide direct evidence against the parasite avoidance hypothesis, suggesting that the carcasses of other carnivore species and conspecifics may represent an alternative trophic resource for red foxes in certain areas and circumstances.