Crimean-Congo haemorrhagic fever virus (CCHFV) is a tick-borne Orthonairovirus of African origin that is endemic in Africa, the Middle East, Asia, and south-eastern Europe; but it is also endemic in the Iberian Peninsula. The virus only causes disease in people, and although only 1-2 people out of 10 who become infected with the virus are likely to show any clinical sign, being very small the number of severe or lethal cases, the World Health Organization (WHO) includes CCHF on its list of major emerging infectious diseases and considers it a priority disease with pandemic potential because of the severe haemorrhagic signs it can cause (similar to Ebola) and because it can be transmitted from person to person.

Although the virus only causes disease in people, it is maintained by animals and ticks, thus some wildlife species, such as the red deer (Cervus elaphus), act as reservoirs of the virus. In 2010, the virus was detected in Spanish ticks of the species Hyalomma lusitanicum, and in 2016, the first lethal case of a tick bite was reported in the south of Ávila, as well as the contagion, through this patient, of a nurse who recovered from the disease. Until 2021 a total of 10 cases in people have been reported in Spain, some of them lethal, thus Crimean-Congo hemorrhagic fever is currently considered an emerging human disease in Spain. 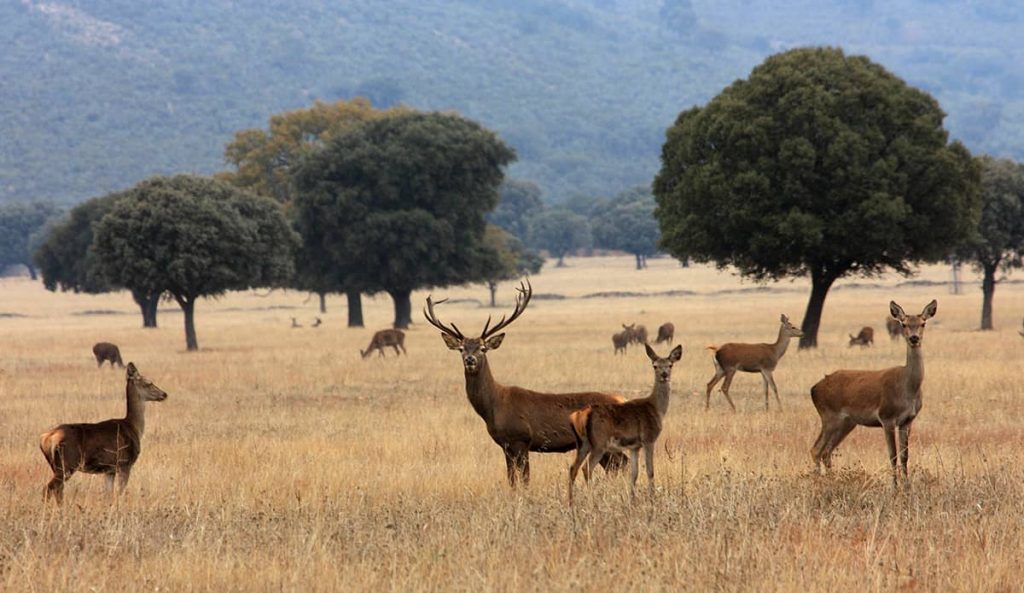 Although the virus only causes disease in people, it is maintained by animals and ticks, thus some wildlife species, such as the red deer (Cervus elaphus) act as reservoirs of the virus.

Owing to the fact that there is no treatment or vaccine to protect people against this disease, prevention is the main tool to fight its spread, thus knowing where the risk of CCHFV infection is highest is an essential step in preventing the disease. However, until now, there was no risk map of Crimean-Congo hemorrhagic fever virus infection in Spain.

Scientists from the Research Group in Health and Biotechnology (SaBio) of the Instituto de Investigación en Recursos Cinegéticos (IREC - CSIC, UCLM, JCCM), in collaboration with a multidisciplinary team of international researchers, have analysed the degree of exposure of red deer populations in the Iberian Peninsula to the VFHCC. This wild ungulate is the main host of ticks of the genus Hyalomma in Spain, thus scientists considered evaluating whether red deer could be a good model to identify the determinants of risk and map them in order to inform Public Health authorities and the population. 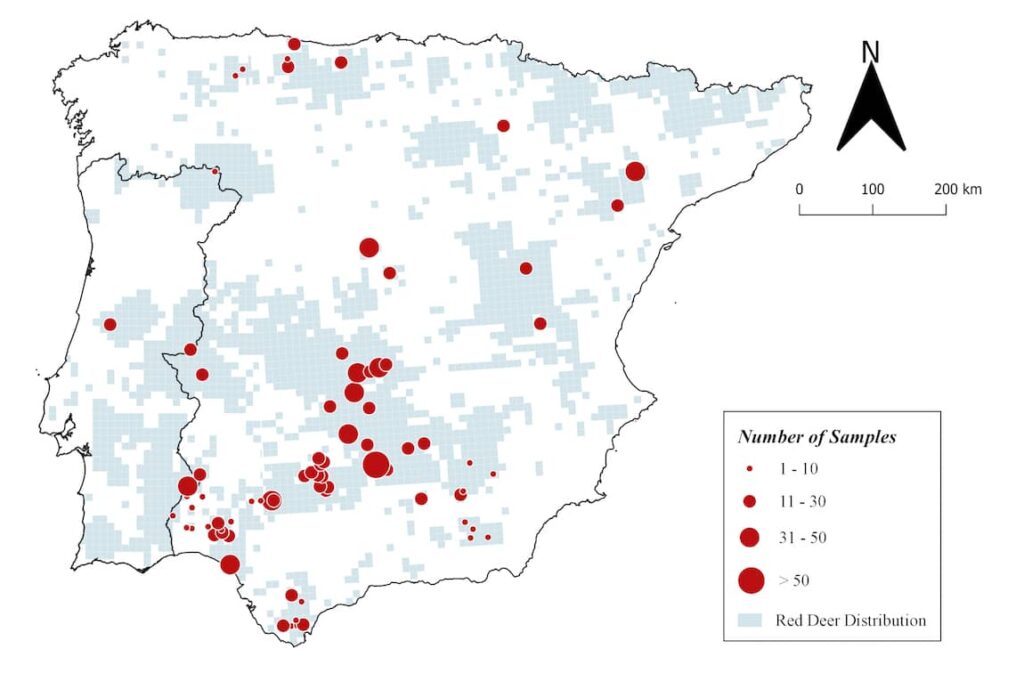 The results of this work, recently published in the journal Transboundary and Emerging Diseases, show that 61% of the red deer populations and 88% of the animals were positive. The highest exposure to CCHFV was observed in the southwest of the Iberian Peninsula, where Hyalomma lusitanicum is most abundant in Spain because of the climate and the abundance of wild ungulates. In fact, eight of the nine primary human cases recorded in Spain occurred in or near this highest risk areas and these areas, where the highest prevalence of tick-borne virus infection are observed, which demonstrates that the model based on the red deer accurately predicts the risk to the human population. 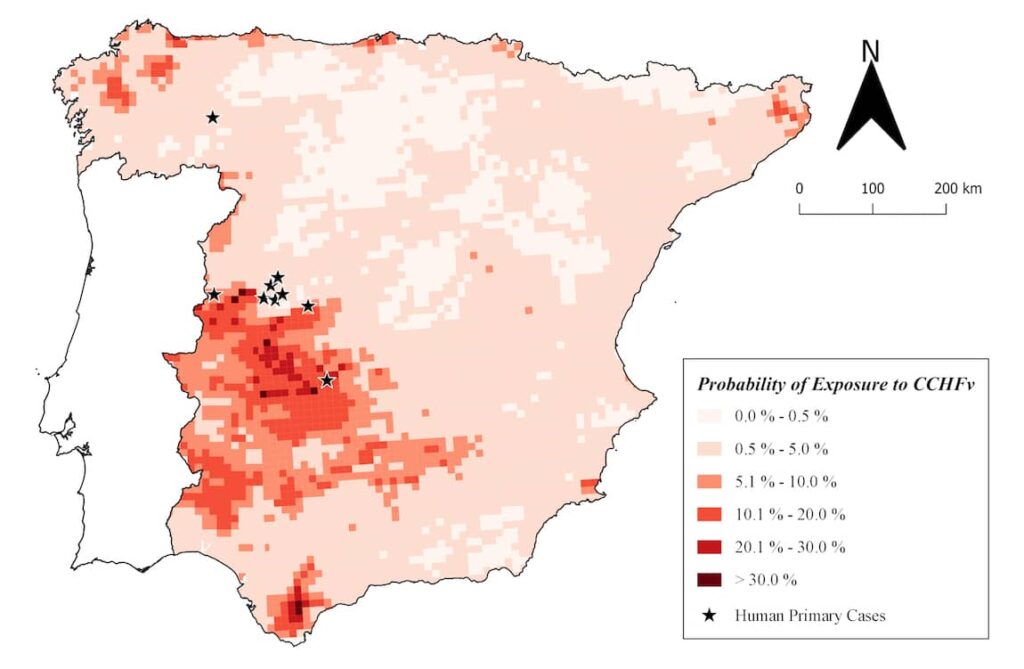 Predictive map of the risk of exposure to CCHFV in Spain obtained from the results in red deer. In the map, stronger colour indicates higher risk. The nine primary human cases of CCHF reported in Spain, until June 2021, are shown on the map as stars.

This study will allow further analysis of the spatio-temporal risk of CCHFV transmission to animals and humans, allowing predicting the evolution of this zoonotic disease and the occurrence of serious cases in people.