A study shows that the human population in Ciudad Real has a low risk of Crimean-Congo hemorrhagic fever virus infection. However, the virus and the ticks that transmit it are abundant in the mountains of the province, thus caution is recommended whenever going to the countryside to avoid cases of this serious disease.

The Crimean-Congo hemorrhagic fever virus (CCHFV) circulates in most of the south-western quarter of Spain, where mainly deer and wild boar, along with ticks of the Hyalommagenus, keep it active. The World Health Organization considers CCHF a disease with pandemic potential, and it is currently one of the most worrying emerging human infectious diseases..

In Spain, 10 cases have been reported between 2013 and 2021, 3 of them fatal. The virus, however, has been present in the country for much longer. Nine of the 10 cases declared in humans have occurred in Castilla y León (Ávila, Salamanca and León) and only one case in Cáceres, in Helechosa de los Montes, at few kilometers from the border of the province of Ciudad Real.

Recent studies carried out by the Research Group in Health and Biotechnology (SaBio) of the Instituto de Investigación en Recursos Cinegéticos (IREC – CSIC, UCLM, JCCM) found that CCHFV is very present in Castilla-La Mancha, particularly in western Ciudad Real and Toledo, although no human cases have been diagnosed so far. They also detected the virus in ticks from these areas, suggesting that the human population of the province of Ciudad Real, especially those living in the west, may be at risk of infection from the virus if bitten by one of the ticks that transmit it.

It is essential, therefore, to assess the degree to which the population is exposed to the virus since most of the people who become infected do not have any symptoms of the infection or only episodes of fever that disappear, but the virus leaves a trace in the form of antibodies. The greater the exposure, even without symptoms, the greater the risk that some people will become ill and may die from CCHFV. An exposure study would make it possible to better inform the population of the risks and prevent the disease. 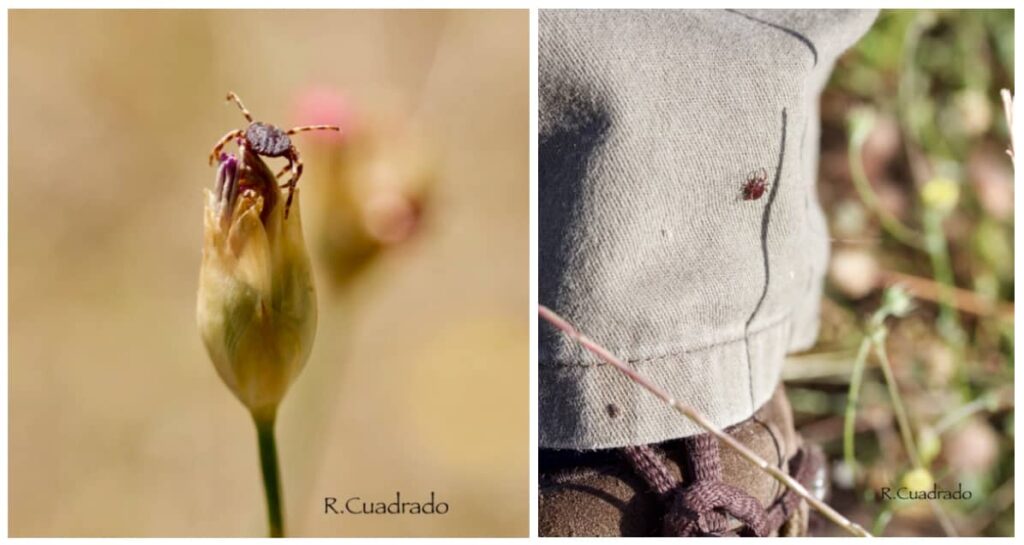 On the left, a tick of the species Hyalomma lusitanicum perched on the end of a plant from where it seeks to hook onto an animal or person passing by. On the right, a tick attached to the pants of one of the scientists participating in this research work.

A new study by the Sabio Group of the IREC, in collaboration with the group of Clinical Virology and Zoonoses of the Instituto Maimónides de Investigación Biomédica of Córdoba and the Banco de Sangre del Hospital Universitario of Ciudad Real, has studied the degree to which the human population of the province of Ciudad Real is exposed to CCHFV, trying to find out the general risk, but also if there are differences between people who live in different areas of the province. 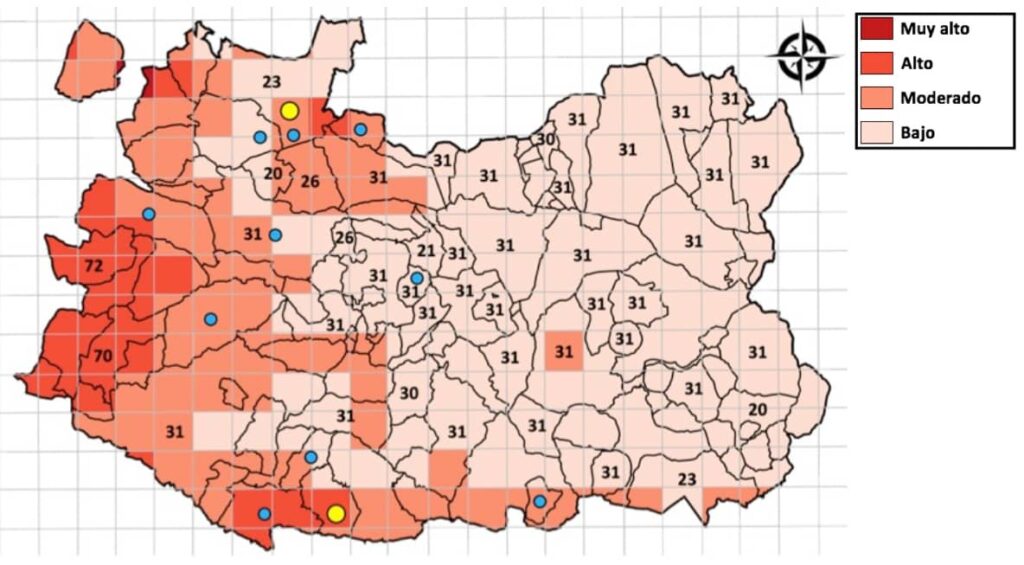 This map of the province shows the number of blood donors analyzed by municipality in relation to the risk of exposure to CCHFV identified by recent IREC studies. Yellow dots indicate areas where the virus was found in ticks.

The results, recently published in the journal Transboundary and Emerging Diseases, show that none of the 1,348 donors included in the study had antibodies against CCHFV, indicating that the risk of exposure to the virus in the human population is below 0.25%.

However, the study does not rule out that people who work in the fields, in areas where the ticks that transmit the virus are abundant and where there is evidence that the virus is present, may become infected. Cattle farmers, hunters, environmental agents, gamekeepers and even hikers, mountain runners or cyclists must be aware of the risk when they work and/or play sports in the mountains in the west of the province. 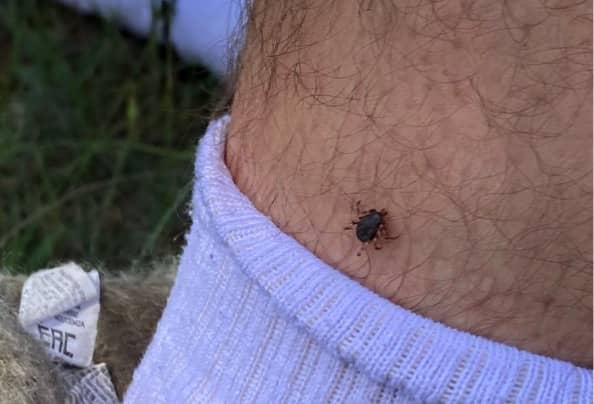 Tick of the species Hyalomma marginatum that has been hooked on the leg during a field sampling.

The authors of the study recommend that when we walk in spring, summer or autumn through these areas of the province of Ciudad Real, we always wear clear protective clothing that allows us to see the ticks well to remove them, as well as check out our clothes and body well when returning to home after spending a day in the countryside.