There is growing scientific evidence that lead (Pb) poisoning is a threat to the conservation of birds of prey. Studies carried out in several locations in Europe and North America also show that the use of Pb ammunition in hunting activities is a significant risk factor. The thing is that birds of prey with scavenging habits or that prey on game species can be exposed to very high levels of this toxic metal when Pb shotgun pellets or fragments of shot or Pb-based bullets embedded in tissue are ingested after they kill or scavenge from shot game animals.

However, the incidence of this threat to the conservation of birds of prey and its origin are little known in many regions of the world, including the United Kingdom (UK). For this reason, researchers from a dozen scientific institutions, including the Research Group in Wildlife Toxicology of the Instituto de Investigación en Recursos Cinegéticos (IREC – CSIC, UCLM, JCCM), have used the Eurasian buzzard (Buteo buteo) as study model to evaluate the risk posed by Pb poisoning for the conservation of birds of prey in the UK, as well as to determine its origin. 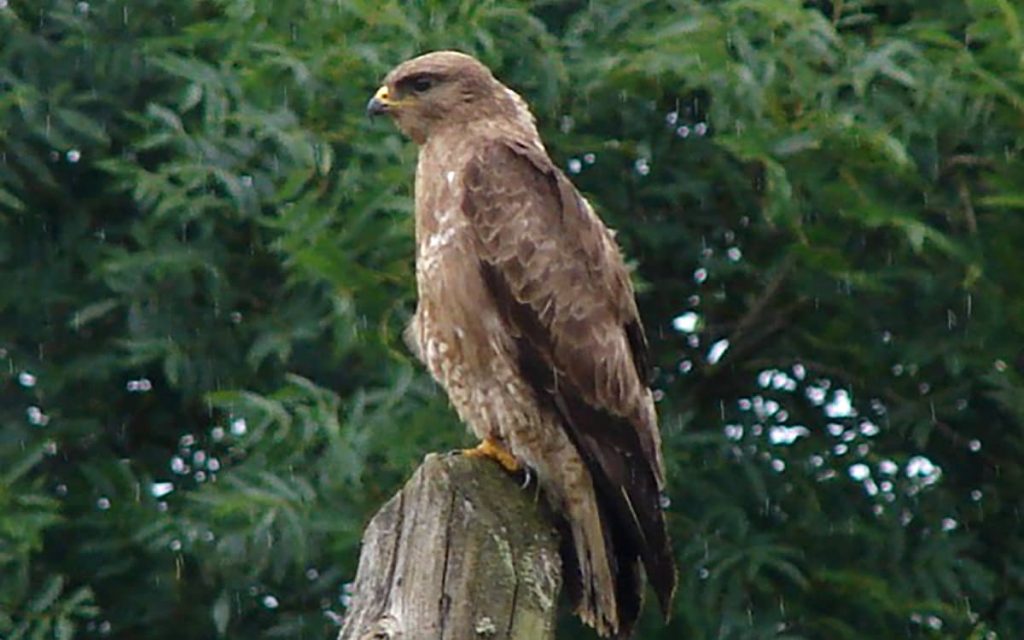 The Eurasian buzzard (Buteo buteo) has been identified as one of the most useful sentinel species for environmental pollution biomonitoring at a pan-European scale, making it ideal for evaluating the impact of Pb poisoning on raptors as a whole.

To carry out this work, the scientists studied a total of 220 specimens of Eurasian buzzard found dead or dying in the wild in the UK throughout the period between 2007 and 2018. For each specimen, they analyzed the liver levels of Pb in the liver (indicator of a relatively recent and high exposure) and in bones (indicator of prolonged exposure over time).

They also analyzed the stable isotope composition of Pb from buzzard livers and compared it with that of Pb from the types of shotgun ammunition most widely-used in the UK. These isotopes are like the "fingerprint" of the origin of chemical elements, thus its study is very useful to determine the potential origin of the Pb accumulated in the internal tissues of an animal. 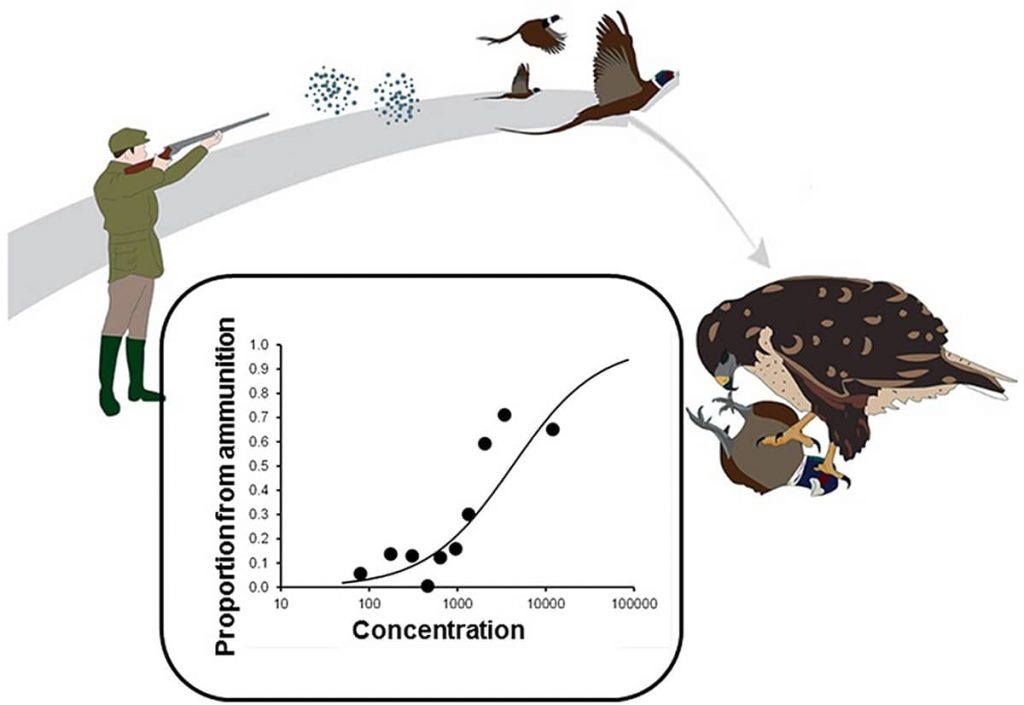 Results show that 3% of individuals had liver Pb levels corresponding to severe exposure, whereas 4% had bone Pb levels associated with lethal intoxication. The Pb accumulation in the liver of buzzards varied markedly among years and showed a consistent tendency to increase substantially within years throughout the UK hunting season for game birds.

The resemblance of the stable isotope composition of Pb from buzzard livers to that of Pb from the ammunition most commonly used in the UK for small game hunting increased markedly with increasing Pb concentration in the liver. In this regard, stable isotope results were consistent with almost 60% of the mass of Pb in livers of all of the buzzards sampled being derived from shotgun pellets. This percentage was 89% for the individuals with concentrations indicating severe exposure to Pb.

This research work provides further evidence that accidental ingestion of Pb ammunition remnants, through the consumption of game birds and mammals shot using Pb shotgun pellets, is likely to be associated with the lethal and sublethal effects of the Pb intoxication suffered by raptors with scavenging habits or that prey upon game species.