Scientists and technicians from 27 European entities propose a new integrated, transboundary and forward-looking conservation strategy for the red kite, one of the European migratory birds most threatened by climate change.

Among the calls for the need to adopt urgent measures to guarantee the conservation of biodiversity in the face of the climatic emergency situation we are experiencing, those relating to migratory species are of particular concern. Over the past two decades, the Convention on the Conservation of Migratory Species of Wild Animals (CMS) has provided a framework for developing action plans, but the effectiveness, transferability, and lack of international coordination and practical implementation of these plans remain unclear. Added to this is the difficulty of integrating ecological information throughout the annual cycle to assess conservation strategies for migratory species at multiple scales in the face of global change.

In order to contribute to reducing these gaps, scientists, wildlife managers and conservationists from 27 European entities, the Research Group in Game Resources and Wildlife Management of the Instituto de Investigación en Recursos Cinegéticos (IREC – CSIC, UCLM, JCCM)among them, have reviewed the dramatic case of the red kite (Milvus milvus), a European migratory raptor, facultative scavenger, whose conservation may be particularly compromised by the global climate emergency. 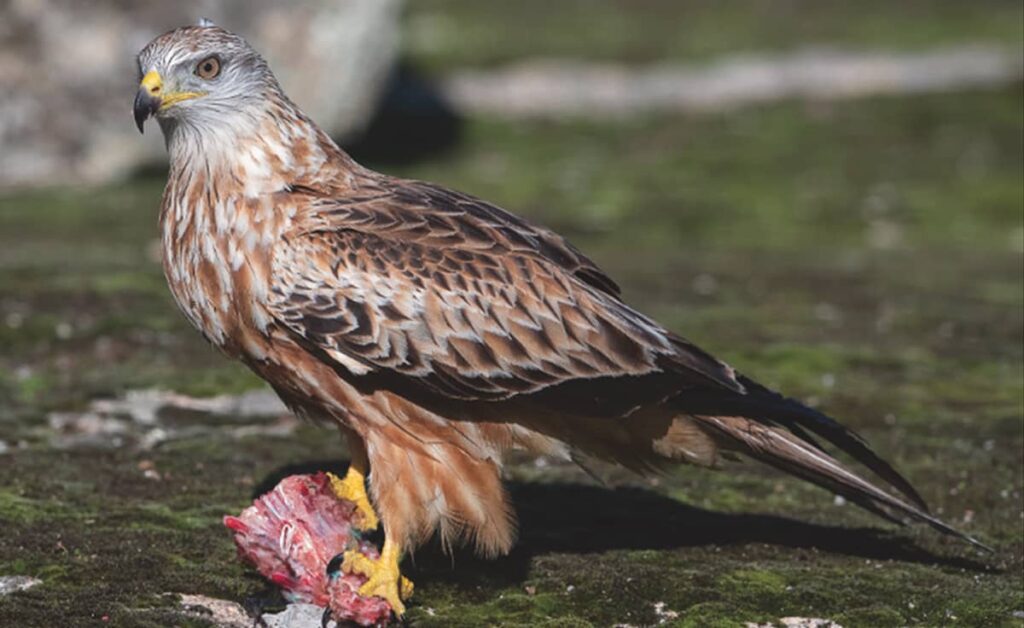 The red kite is a migratory raptor whose current breeding range is limited to Europe and is associated with agricultural landscapes and restricted to the temperate zone, making it particularly vulnerable to the negative consequences of the global climate emergency (Photo: S. Rösner).

Experts have noted that conservation actions developed until now have been successful at recovering red kite populations within certain regions. Populations however remain depleted along the southern-most edge of the geographic range, where many migratory red kites from northern strongholds overwinter.

This led them to develop an integrated, transboundary and forward-looking strategy that emphasizes international coordination involving researchers and conservation practitioners to enhance the science-policy-action interface.

This work is the result of a symposium and its corresponding workshops, held in Segovia in 2018 and organized by the Grupo de Rehabilitación de la Fauna Autóctona y su Hábitat (GREFA) and the IREC, in which a good part of the European scientists who are experts in the ecology of the red kite, as well as wildlife conservation technicians, participated.

Both the conclusions of the symposium and the resulting scientific review are already beginning to be applied in the LIFE+ EUROKITE Project, whose final design arose from the Valsaín meeting and which includes the first serious efforts to conserve the southern populations of the species in Spain with two population reinforcement projects in the south of Badajoz and Cazorla, thanks to the involvement of Acción por el Mundo Salvaje (AMUS), GREFA, the Sociedad Española de Ornitología (SEO/Birdlife) and the regional governments of Extremadura, Andalusia and Castilla-La Mancha. 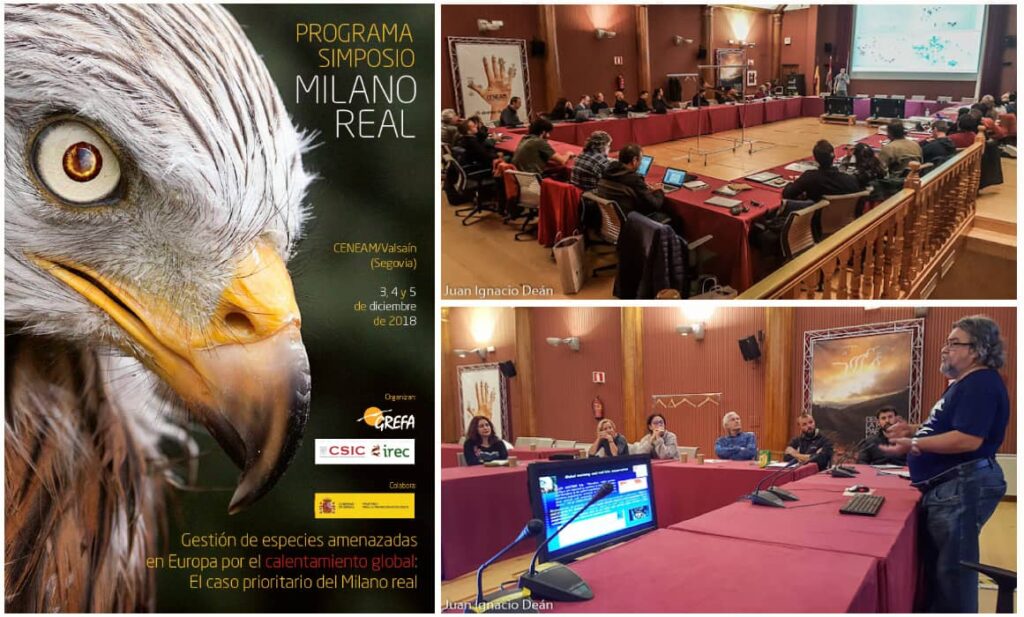 The symposium made it possible to analyze the current situation of the red kite and the best alternatives from a scientific and technical point of view. Based on the conclusions obtained, a solid proposal was built for the future management of the species in Europe in relation to global warming, including the future revision of the action plan of the International Union for Conservation of Nature (IUCN).

The scientific publication of this review is available at: