A work by the IREC, pioneer in science applied to extensive livestock farming, develops a systematic but adaptable protocol to implement biosecurity against wildlife in extensive cattle herds and reduce the risk of transmission of tuberculosis and other diseases.

Animal tuberculosis is a zoonotic disease (it can be transmitted to humans) with a worldwide distribution. Tuberculosis mycobacteria have several domestic and wild reservoirs capable of sustaining infection in a multitude of settings. Of all the strategies used to control tuberculosis, reducing the risks of interaction at the wildlife-livestock interface is a key factor. However, there is a lack of standardized protocols with which to assess the risks at farms in order to propose personalized preventive actions. It is about avoiding interactions between wildlife and extensive livestock. 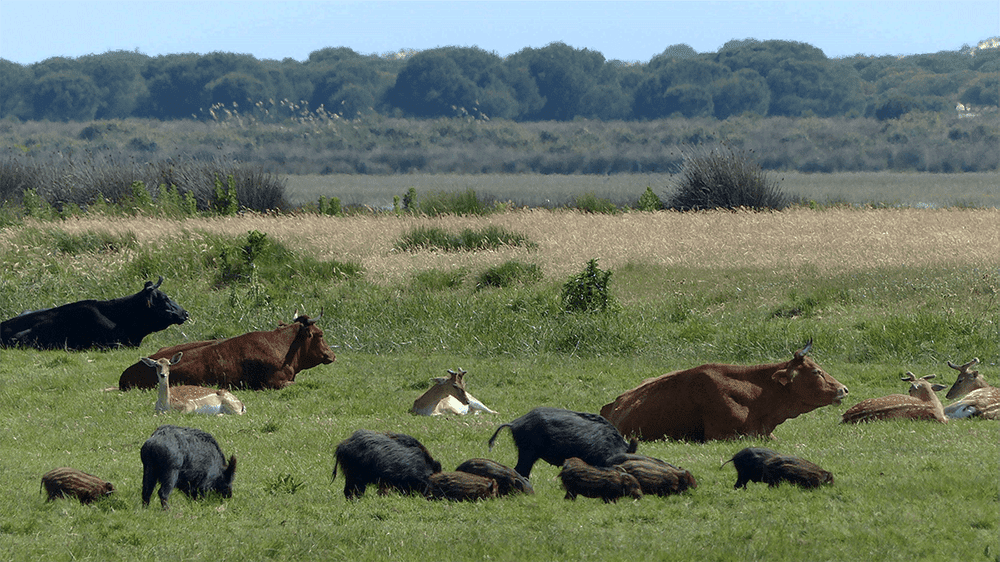 A group of cows sharing a pasture area with fallow deer and wild boar. Preventing interactions between wildlife and livestock is essential to reduce the transmission of diseases such as tuberculosis (Photo: J. J. Negro, Estación Biológica de Doñana, CSIC).

During the last decade, scientists of the Research Group in Health and Biotechnology (SaBio) of the Instituto de Investigación en Recursos Cinegéticos (IREC – CSIC, UCLM, JCCM), together with collaborators from the Universidad de Córdoba, the Centro de Vigilancia Sanitaria Veterinaria (VISAVET, Universidad Complutense de Madrid) and the spin-off Sabiotec, have worked on several studies and collaborations on biosecurity in extensive cattle herds, thanks to a project of the national R&D plan (among others).

The result of this work is a novel protocol for the diagnosis and mitigation of the risk of tuberculosis focused on avoiding interactions between domestic and wild reservoirs in extensive cattle herds in Mediterranean environments. The work, recently published in the scientific journal Preventive Veterinary Medicine, assesses the degree of implementation of the action plans generated with this protocol to know its applicability and practical acceptability by the farmers of 55 farms in the center-south of Spain. 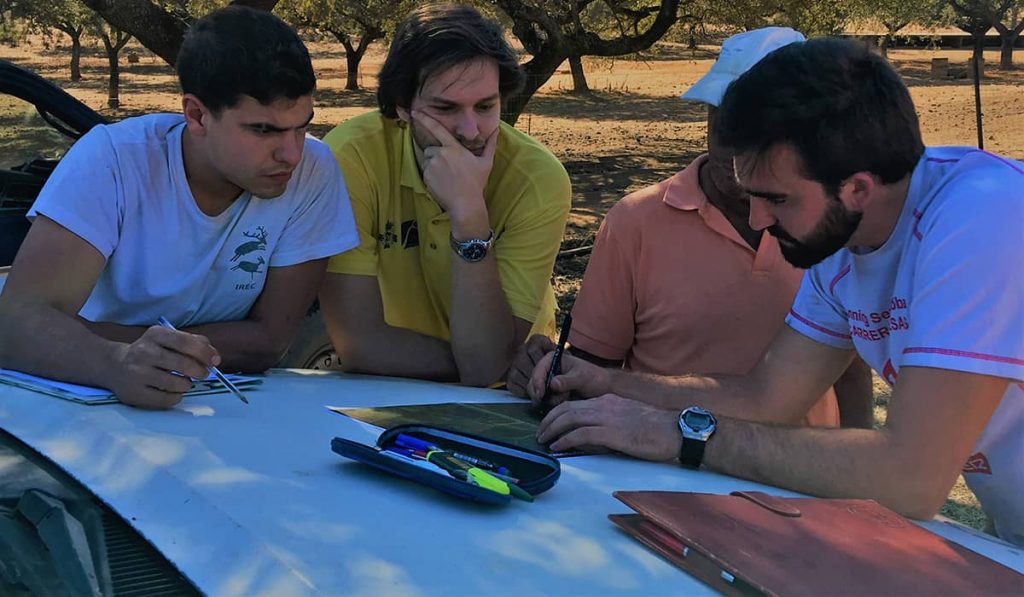 Researchers and farmers coordinating a biosecurity action plan in an extensive cattle farm.

The results show that it is possible to apply a protocol and define the relevant epidemiological characteristics of herds, their management and risks, in order to create specific management plans. To this end, a risk scoring system has been incorporated to each particular risk point. Specifically, waterers and waterholes are the most common risk points (41% and 24% of the identified risk points, respectively), the latter being the ones presenting the highest health risk. Consequently, actions related to water management, such as the installation of high waterers, are essential in most farms. Actions related to wildlife management also have weight, for example, avoiding attracting hunting species. 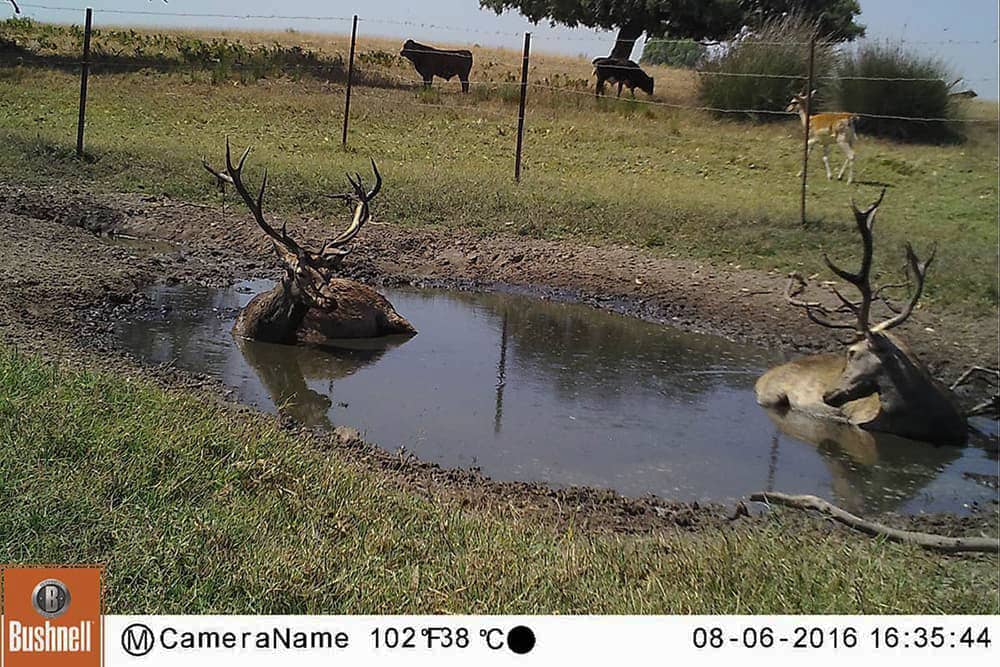 A camera trap show two deer taking advantage of a fenced cattle-proof pond. For its part, livestock make use of other areas in which they have clean water thanks to the placement of high waterers.

Overall, 75% of farmers have adopted the action plans, with an average of 32% of actions implemented, although with high variability depending on the type of actions proposed, giving priority to low-cost measures.

The experiences carried out indicate that the developed protocol is practical and feasible to be applied in Mediterranean ecosystems, easily transferable to veterinary and livestock professionals, and even with a high potential to be adapted to other geographical regions and epidemiological systems.

On the other hand, the work highlights the need to evaluate the effectiveness of the plans implemented in reducing the risks of interaction, and to work on dissemination and awareness to involve farmers and thus increase the acceptability of the plans. The development of programs to mitigate the risk of interaction is revealed as a complementary, effective and necessary tool for the fight against tuberculosis.