Several specimens of a very aggressive mosquito that usually lives in cold high mountain environments are captured in the Forest Park “La Atalaya”, in the city of Ciudad Real

Everyone has suffered the consequences of female mosquito bites (males do not bite), which are not only annoying, but can also be the cause of transmission of infectious agents. Several mosquito-borne diseases, such as malaria, claim the lives of millions of people worldwide each year. Others, such as West Nile fever, have also started claiming human lives in Europe and North America since the beginning of the century.

Climate warming leads to an increase in temperatures that favors species of tropical mosquitoes to colonize temperate zones of the planet. A clear example can be found on the Spanish Mediterranean coast, where the tiger mosquito (Aedes albopictus) has expanded since it arrived in Barcelona in 2004 from Asia, having already colonized numerous areas of the interior of the peninsula. But there are more than 2,500 species of mosquitoes in Europe, and virtually all of them are affected by climate change, although in different ways. 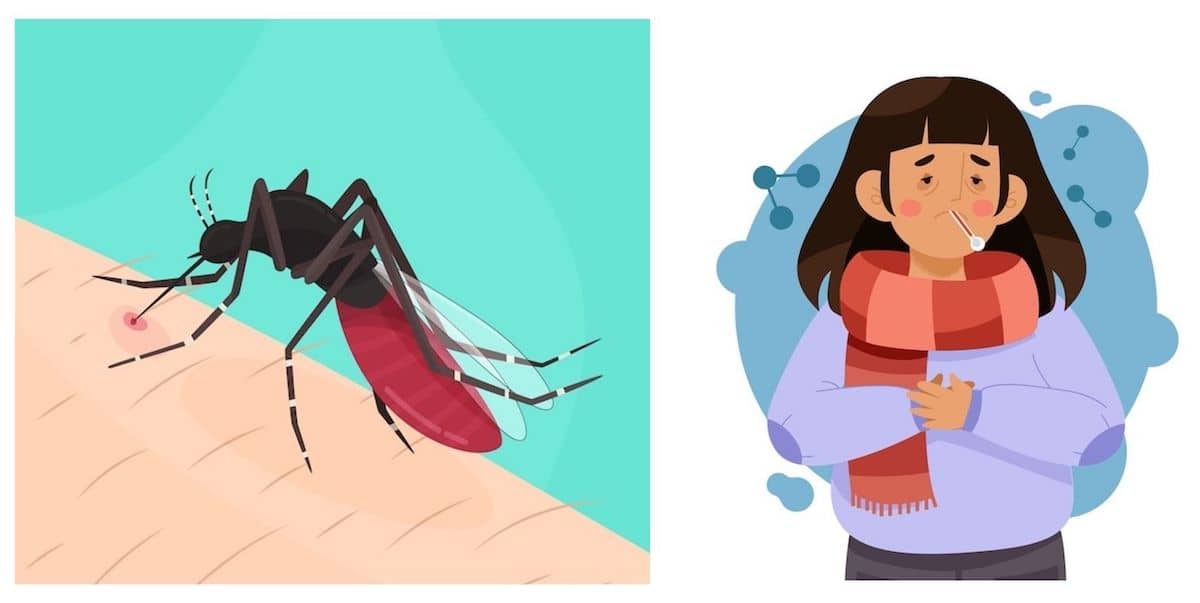 Blood allows female mosquitoes to reproduce and, with this, they become vehicles that transmit serious diseases to animals and people (Photos: www.freepik.es).

The common mosquito (Culex pipiens), the main vector of the West Nile virus, finds more pleasant temperatures in which to live in central Spain today than it did a few decades ago, leading to the spread of this virus in parallel. Nevertheless, what could be expected with an increase of temperatures would be that mosquito species adapted to cold environments would retreat to more northern latitudes, even colonizing cold areas.

This has happened to another invasive species, Aedes japonicus, which arriving from temperate zones of East Asia has adapted very well in continental Europe and has recently colonized the Cantabrian coast. However, there is very little scientific evidence that a species adapted to cold environments is capable of colonizing warm areas, especially those that are warmer each year.

The snow-melt mosquito (Aedes refiki) is a species of Palearctic mosquito found throughout Europe, from the Iberian Peninsula to Turkey and from Italy to Sweden, but which generally lives in cold areas where snow falls in abundance. This species takes advantage of spring meltwater to complete its life cycle in pools of crystal-clear water. It is a rare species, even in cold areas, and one would expect that with global warming it would become increasingly rare. However, living beings have a great capacity to adapt to the environment and these winged bloodsuckers were not going to be less.

A study carried out by the Vector Pathogen Ecology Research Team (EPaVec) of the Research Group in Health and Biotechnology (SaBio) from the Instituto de Investigación en Recursos Cinegéticos (IREC), together with the Clinical Virology and Zoonoses Group of the Instituto Maimónides de Investigación Biomédica de Córdoba (IMIBIC), has demonstrated the presence of the snow-melt mosquito (Aedes refiki) in the Forest Park of “La Atalaya”, in the city of Ciudad Real (Spain).

The finding was made in May 2021 and, contrary to expectations, suggests that the snow-melt mosquito may be adapting to warmer environments. Snow is scarce in Ciudad Real and it rarely (every 5 to 15 years) persists for more than a day covering the ground. Not even the Filomena storm, which hit Castilla-La Mancha in January 2021, brought enough snow to the surroundings of Ciudad Real to leave long-lasting puddles of crystal-clear water for the species.

Images of the Forest Park of “La Atalaya” (Ciudad Real) in which the specimens of Aedes refiki were captured in May 2021 (Photos: Laia Casades).

This finding demonstrates that mosquito species, even those adapted to cold environments, can adapt to changing conditions in order to survive. Studies focused on this species are scarce and we do not know if, like its invasive relatives Ae. albopictus, Ae. japonicus and Ae. koreicus, it is also capable of transmitting diseases such as such as Dengue, Chikungunya or Yellow Fever, which are closer to us every day. In addition, the snow-melt mosquito is a very aggressive species that feeds on mammals, including humans, thus its distribution should be studied in more detail, especially in urban and peri-urban environments.

The authors recommend being cautious and taking preventive measures against mosquito bites, such as avoiding, as far as possible, exposure during the hours of greatest mosquito activity (sunrise and sunset); using clothes that cover the entire body surface, applying topical repellents and using barriers such as mosquito nets to prevent their entry into homes, especially those in the surroundings of “La Atalaya”, in Ciudad Real.

* Note: The authors point out that the taxonomic errors in the scientific publication are responsibility of the publisher.