According to the United Nations Food and Agriculture Organization (FAO), food production must increase by 70% over the next 30 years to support the growing world population. This will not only require an increase in the intensification of agriculture, which must be addressed through the development and implementation of sustainable agricultural policies, but also of livestock farming. But increasing livestock production will entail environmental and health problems, thus optimizing its efficiency through strategies that guarantee its sustainability has become a priority challenge.

Infectious diseases are among the most limiting factors for the efficiency of livestock production, since their appearance leads to mortality losses, reduced feed conversion ratio, increased veterinary costs and the lost or lowered value of infected carcasses. A good example of this can be found in the pig production sector, which currently provides the most consumed red meat worldwide, and in the health and economic risks posed by Aujeszky's disease, one of the most important pig viral diseases. 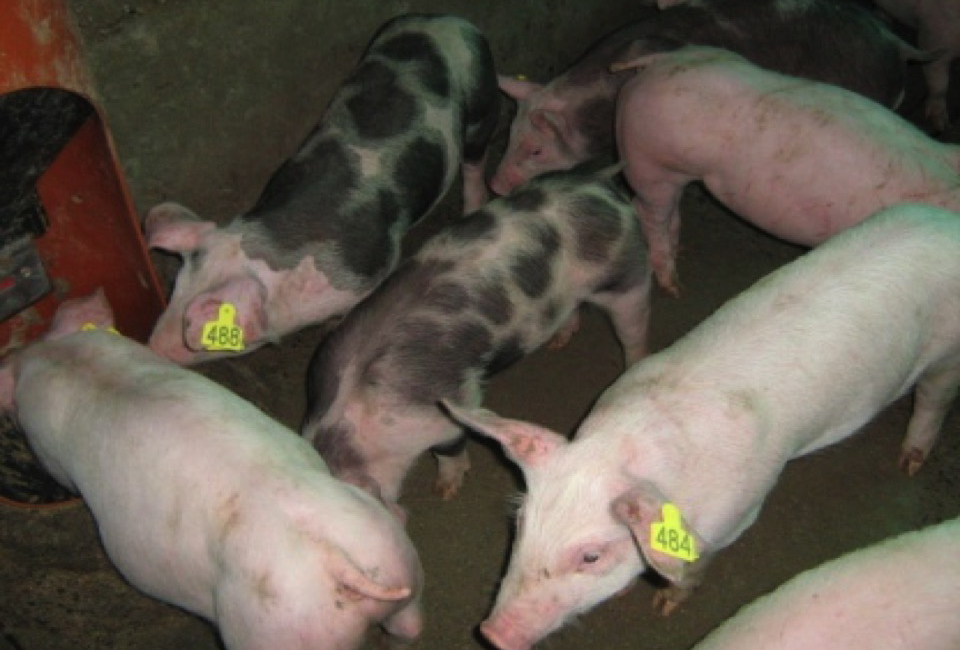 In Spain, Aujeszky's disease is eradicated in domestic pigs, but it is present in the wild boar (Sus scrofa), which means a significant risk of reinfection in domestic pigs. The cost of the disease could be extremely high for an outbreak on a previously unaffected farm, ranging between €350 and €800/sow/year.

For pig farms, it is critical to determine the most appropriate strategy to minimize the risks associated with Aujeszky's disease, and one of the most widely used is to combine management practices with the use of vaccines. However, the way this combination could affect the epidemiology of the disease had been unknown until now.

A new epidemiological model, developed by researchers from the Universidad de Lleida and the Instituto de Investigación en Recursos Cinegéticos (IREC – CSIC, UCLM, JCCM), has revealed the effects of combining management practices and vaccination strategies in the control of Aujeszky’s disease for a standard pig production system under several different epidemiological scenarios.

This is a Population Dynamics P system), a novel computational tool that is especially suitable for the study of complex problems in a more efficient fashion, since it allows handling a huge number of interactions among multiple processes simultaneously. 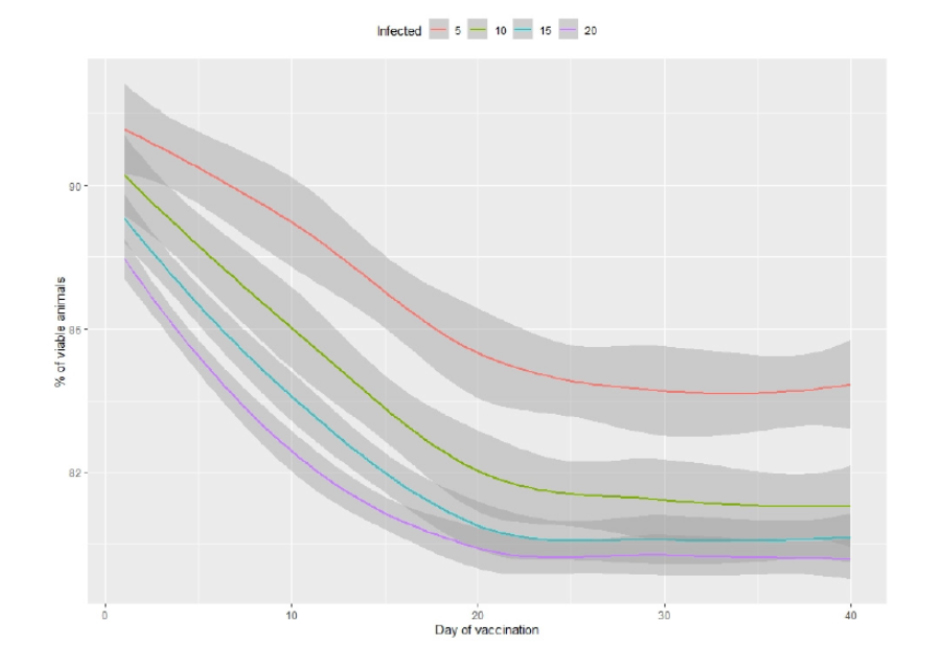 Percentage of viable animals at the end of the fattening period in relation to the percentage of infected animals (from 5% to 20%) and the number of days between infection and vaccination of 100% of the population. The curves observed for the nursery period showed similar trends.

The model shows that, after confirming the diagnosis of infection, early vaccination of most of the population (we are talking about more than 75%) is critical to decrease the spread of the virus and minimize its impact on pig productivity. On the other hand, the effect of management seems to be negligible for the control of this virus, probably because of its great ease of expansion.

This research highlights the positive benefits of investing in vaccination measures to control infections in the pig sector. Moreover, it demonstrates the usefulness of mathematical models as predictive tools to understand the epidemiological dynamic of infectious diseases, something that has also been shown for other viral diseases that could affect the pig sector through the wild boar, such as African swine fever (ASF). Thus, this model can be used to evaluate preventive medicine programs in the control of known diseases and for new ones that could appear in the future.