A study reveals the importance of analyzing the location errors of GPS transmitters in wildlife telemetry tracking, including those derived from the biological traits of the species under study, before drawing conclusions about its distribution or behaviour.

Global positioning system (GPS) location data and satellite telemetry systems for data transmission have become, in recent decades, fundamental in the study of basic ecological, biological and behavioural traits in wildlife, such as migration patterns, habitat selection, species distribution or their foraging strategies.

For this information to be consistent, it is key to consider the possible location errors of the GPS transmitters. In this sense, there are many studies on the environmental and technical factors that can generate location errors in the horizontal plane in solar-powered GPS transmitters. On the contrary, few studies have focused on evaluating whether the performance of these transmitters and GPS systems can be significantly affected by the biological traits of animal species. 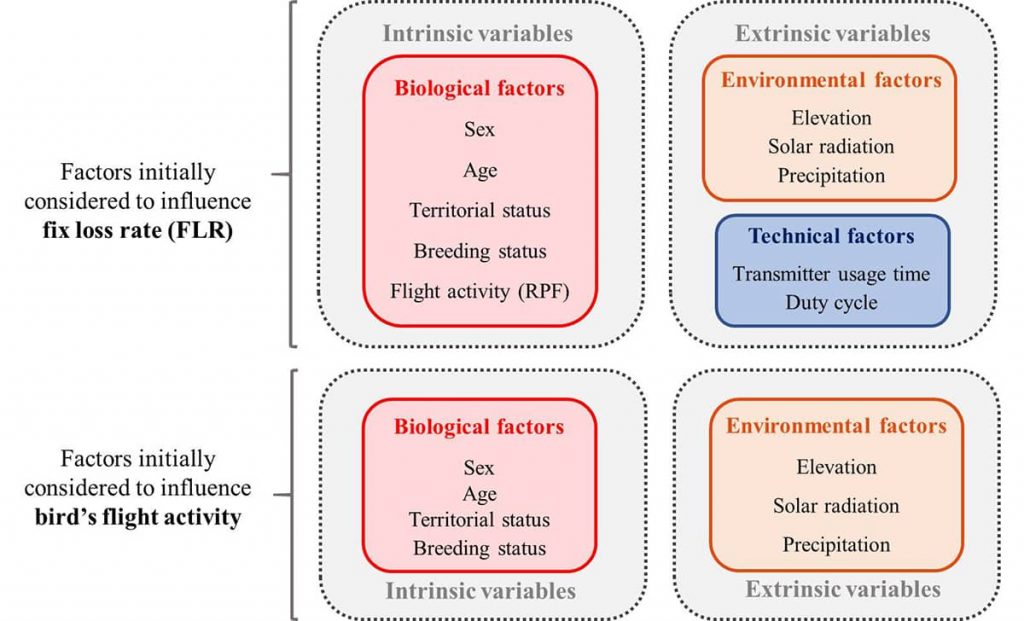 These are the factors analyzed in this study as potentially influencing the rate of GPS location errors and bird’s flight activity.

Scientists from the Universidad de Lleida, the Universidad Miguel Hernández and the Research Group in Game Resources and Wildlife Management of the Instituto de Investigación en Recursos Cinegéticos (IREC – CSIC, UCLM, JCCM), have assessed the effect of certain biological traits (such as age, gender, territorial and breeding status, and flight activity) on the rate of GPS location errors using a large raptor as a model study, the bearded vulture (Gypaetus barbatus). In addition, they have evaluated the influence of a number of technical (such as usage time and the duty cycle) and environmental (such as flight height, solar radiation and precipitation) factors on the performance of transmitters.

A total of 95,686 records obtained from 20 bearded vultures tracked with 17 solar-powered satellite transmitters in the Pyrenees, between 2006 and 2019, were analyzed.

Results showed that combined effects of technical factors and the biological traits of birds explained 23% of the deviance observed on the rate of GPS location errors. As expected, this rate increased with the transmitter usage.

On the other hand, the analysis of the influence of flight revealed an unexpected trade-off: the monthly rate of GPS location errors diminished as the proportion of records from perched birds increased. This finding seems related with the fact that territorial and breeding birds spend significantly more time flying than non-territorial individuals.

Apparently, the reliability of locations provided by GPS transmitters depends on the interaction of several biological, technical and environmental factors. Specifically, regarding biological traits, non-territorial adults and sub-adults, males, and breeding individuals provided a significantly lower rate of GPS location errors than juvenile and sub-adult females, territorial and non-breeding individuals. 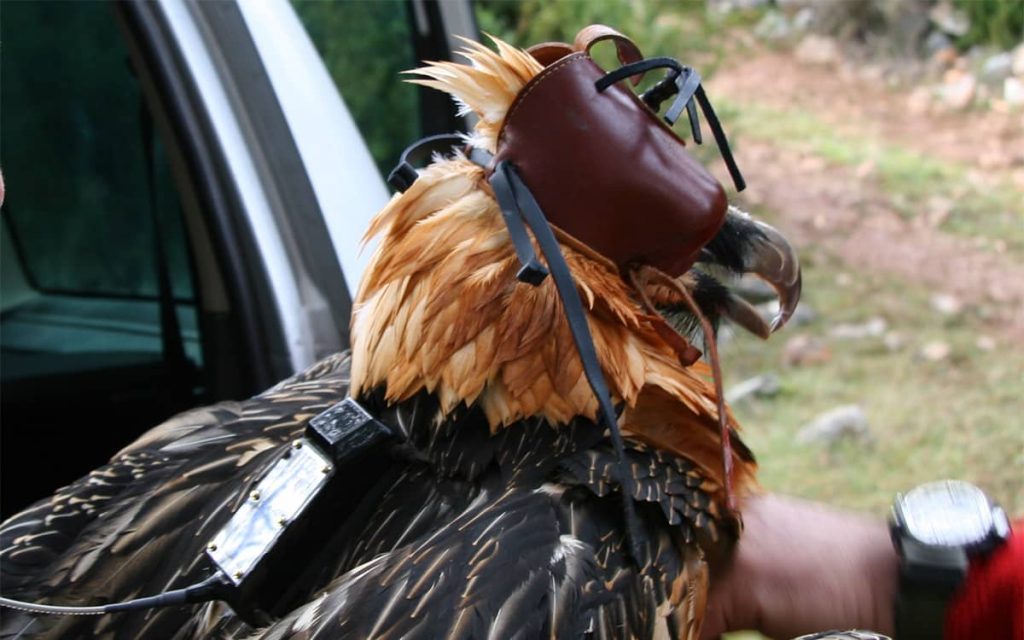 Although technological improvements increasingly lead to improvements in the materials and software of GPS transmitters used in wildlife monitoring, thus improving the accuracy and frequency of locations, the rate of GPS location errors derived from different factors must be taken into account.

In this regard, results of this work can be very useful for long-term studies in which similar transmitters are used (Argos-GPS), for those studies in which this type of transmitters are currently still in use and for those that involve flying species such as birds or bats, since their flight activity will also have a significant effect on the monthly rate of GPS location errors.

The authors suggest that the analysis of location errors should be considered before reaching any conclusions or hypotheses about spatial distribution or behaviour of wildlife species in the context of animal telemetry tracking studies.