A study reveals that the current monitoring programmes of wildlife poisoning owing to the illegal use of poisoned baits can lead to significant biases in detection rates. Their estimates of the real extent of this conservation problem must be taken with caution.

The use of poisoned baits has its origin in certain conflicts between humans and certain wildlife species, mainly predators, as it is conceived as a relatively easy way to avoid potential damages that these species can cause to activities such as livestock farming or hunting.

But baits containing poisons that are abandoned in natural areas are not selective and can seriously affect protected and/or threatened species. In fact, this illegal practice, sanctioned as a crime against wildlife by the current legislation for over two decades, continues to be today a major problem for the conservation of wildlife, the effects of which can be felt even at the level of biological community.

Fighting effectively against the illegal use of poisoned baits depends to a large extent on the development of protocols that allow adequate detection of poisoned animals, as well as gathering accurate information on the species involved, the locations in which these events occur and the number of individuals affected. 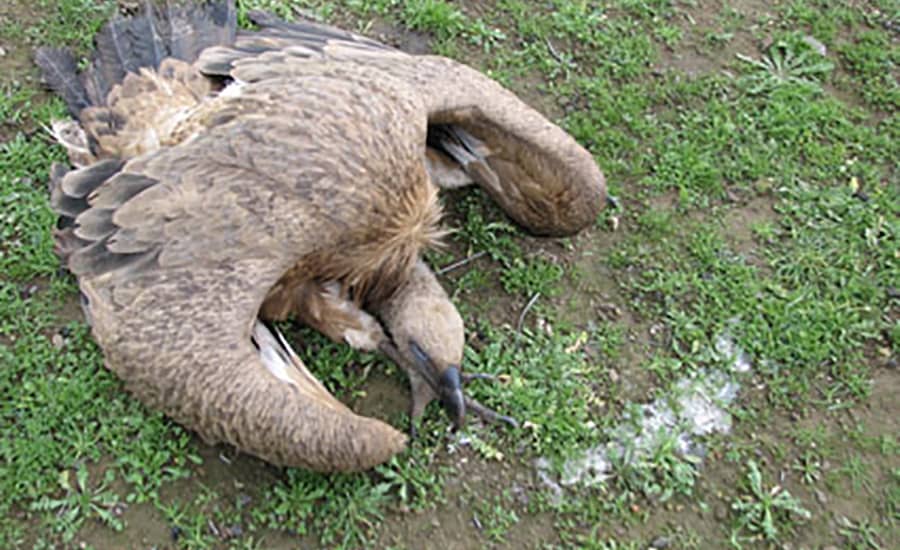 The illegal use of poisoned baits is a major wildlife conservation problem that seriously affects scavengers such as the griffon vulture (Gyps fulvus).

Over the past decades, various procedures have been developed for the detection of poisoned animals. However, these procedures are biased towards the detection of the species most commonly affected by cases of poisoning, or the largest ones or the detection of specific threatened species, which are the protagonists of monitoring programs. This bias can lead to under or overestimate the real number of poisoning events or the number of affected individuals in each event depending on the species, providing data that may not reflect the real situation of the problem.

Scientists from the Universidad Miguel Hernández, the Universidad de Granada, the Centro Internacional de Estudios de Derecho Ambiental (CEIDA), the Universidad de Lleida and the Research Group in Game Resources and Wildlife Management of the Instituto de Investigación en Recursos Cinegéticos (IREC – CSIC, UCLM, JCCM), have evaluated the biases in the detection of wildlife species that are intentionally poisoned in the Iberian Peninsula. To do this, they have compared data from the Antídoto Programme with those obtained from field experiments in different regions of the Iberian Peninsula, based on the monitoring of non-poisoned baits (pieces of meat, sausages, eggs, etc.) with camera-traps, and which were focused on quantifying the animal community that can potentially feed on poisoned baits. 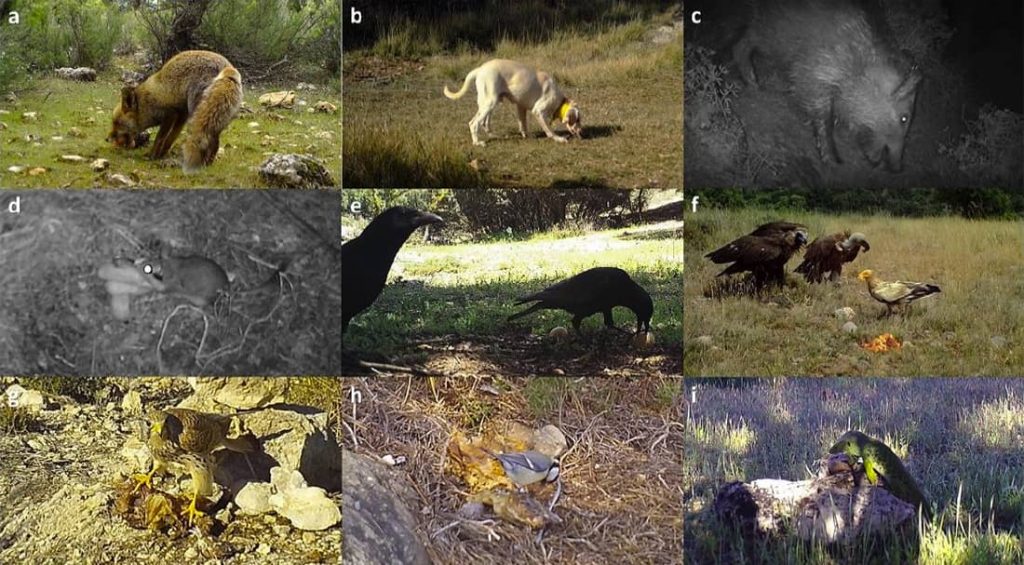 Results of the field experiments showed that animals from up to 9 different groups of fauna were the commensals in the simulation of baits (non-poisoned). If we compare the data from the Antídoto Programme with those obtained in these experiments, it is observed that domestic animals (dogs) and vultures are overrepresented in the databases of wildlife species affected by the illegal use of poisoned baits, while the presence of corvids and small mammals are underrepresented. 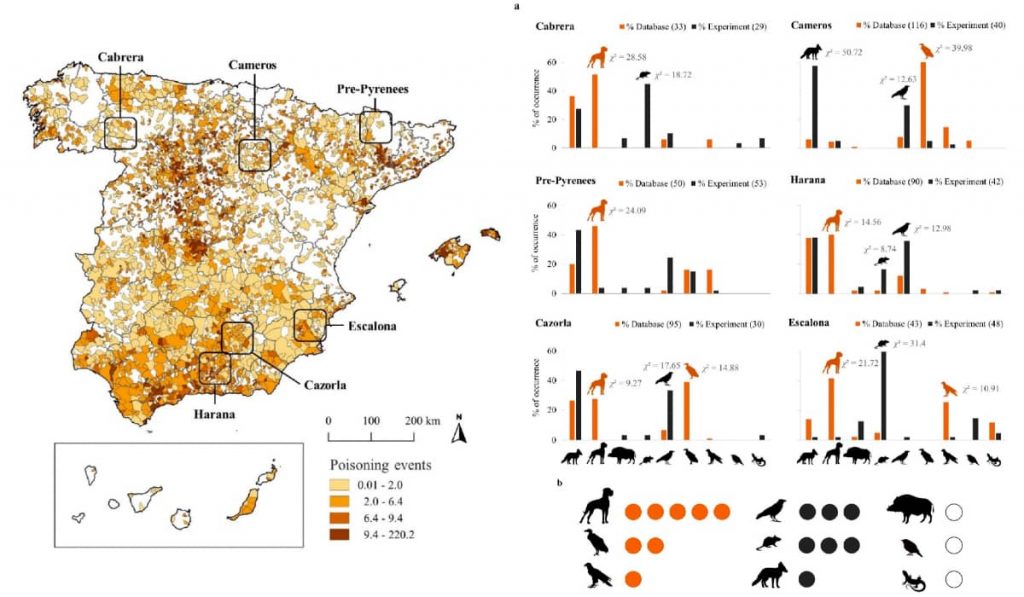 This work shows that the current system for monitoring cases of poisoning in wildlife, based on heterogeneous sources, can produce significant biases in the detection rates, thus its data must be interpreted with caution when inferring the real extent of the problem posed by the illegal use of poisoned baits for wildlife conservation.

Therefore, the results obtained could be very useful to improve the existing system to favour a coordinated anti-poisoning national strategy free from biases, and whose results would allow realistic estimates of the extent of the problem caused by the illegal use of poisoned baits.