Comparing the performance of 45 camera traps of 5 different models under field conditions reveals significant differences based on many factors, such as camera model, deployment height, period of the day or target wildlife species.

Camera trapping (the use of small cameras that are activated automatically when an animal passes in front of them) is a tool with great potential for studying wildlife, and a large number of applications have been described, such as estimating population density, studying activity and movement patterns, or determining the number of wildlife species present in an area. These applications derive from the wide variety of camera trap models available, since each model has its own characteristics and it is expected that they will have different performances.

Scientists from the Research Group in Health and Biotechnology (SaBio) of the Instituto de Investigación en Recursos Cinegéticos (IREC – CSIC, UCLM, JCCM), in collaboration with researchers from the Estación Biológica de Doñana (EBD – CSIC), have comparatively tested the performance of 45 camera traps under field conditions. In the study they used both camera traps classified as professional and recreational, including the models Reconyx, Bushnell, KeepGuard, Ltl Acorn and Scoutguard.

The comparison was made in a natural area of high intensity of use by wildlife (pasture close to a natural water hole) in Doñana National Park, in which an independent panoramic video camera was also installed to record 24 hours a day (infrared at night) and to obtain a real reference of all the animals that should have been detected by the camera traps. 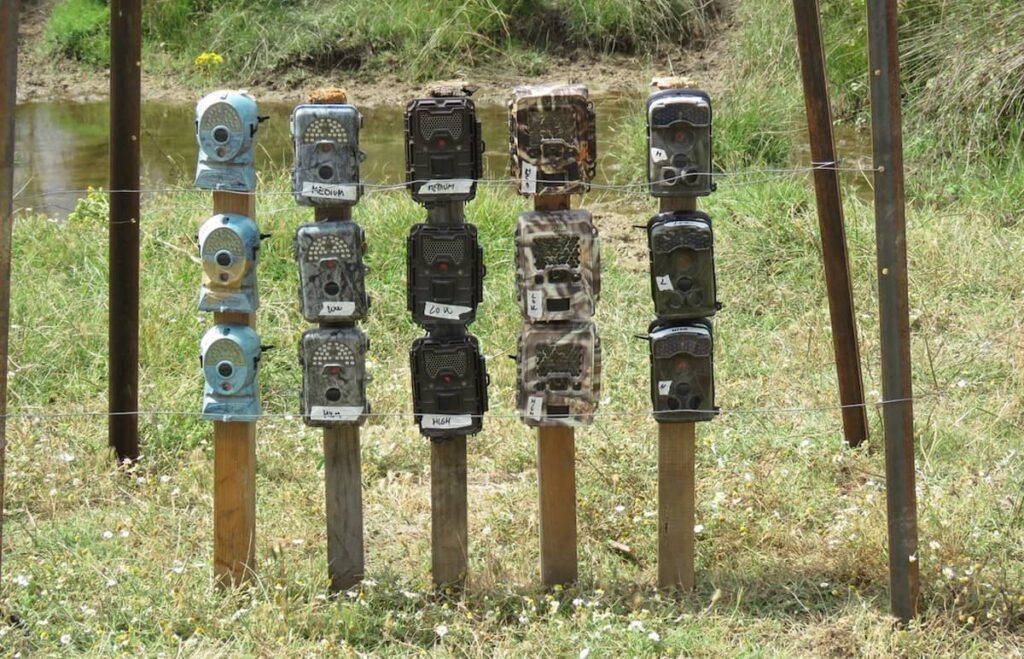 The results, published in the Journal of Zoology, show that the independent video camera recorded a total of 3788 events from 27 different species, including reptiles, rodents, birds, lagomorphs, carnivores, and domestic and wild ungulates. Of all these sequences, the camera traps only detected 1,083. It is therefore evident that false-negatives, that is, animals that pass through the detection field of the cameras without being detected, are very frequent.

Regarding the trigger speed, much faster activations were observed when the individuals entered the detection field at distances close to the camera trap, whereas such speed decreased as the distance from the camera trap increased. 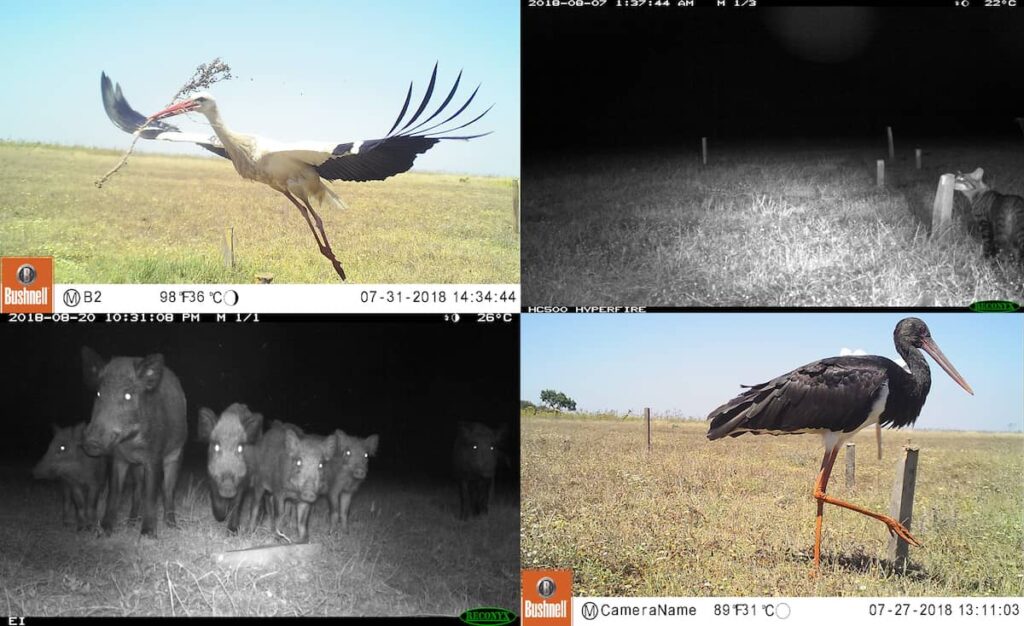 Example of some of the bird and mammal species that were detected with the camera traps.

As a whole, this work shows that the performance of camera traps is not perfect, and that their detection capacity depends on many factors, such as its height, the period of day or the target species, among others. In turn, it highlights the need to consider all these factors when designing and analyzing experiments. Finally, this work demonstrates the importance of comparatively analyzing the performance of camera traps under field conditions, since different models are rarely compared, and only in some cases their performance under controlled conditions is evaluated, for example, using domestic animals in parks.

At this link you can view and download a poster in Spanish with a summary of this research work, whose scientific publication is available at: