The history of this study and of the collaboration among the entities that have made it possible began in 2019 as a result of a talk that Dr. Tomás Landete-Castillejos, of the Research Group in Animal Science Applied to Game Management of the Instituto de Investigación en Recursos Cinegéticos (IREC – CSIC, UCLM, JCCM), offered at the Research Department of the Complejo Hospitalario Universitario de Albacete (CHUA) on the “deer’s superpower”, which resides in its antlers. In his presentation, Dr. Landete-Castillejos highlighted that deer antlers are a unique structure that grows faster than cancer: “from 1 to 4 cm per day in length, and creates more than 20 cm2 of skin per day at the tip, where it grows ”.

Dr. Louis Chonco, from the Research Unit of the CHUA, who was working on glioblastoma studies at that time in the group of Dr. Tomás Segura, from the Department of Neurology of the CHUA, suggested doing a test with his cell cultures. The sample was some pills of deer antler extract that Dr. Landete-Castillejos had and that are sold on Internet as a nutraceutical. Already in this preliminary test, the antler extract was shown to cause mortality in a glioblastoma cell line, similar to that of Temozolomide (TMZ), “the only chemotherapy that manages to extend the life of patients who develop this very aggressive type of cancer”. 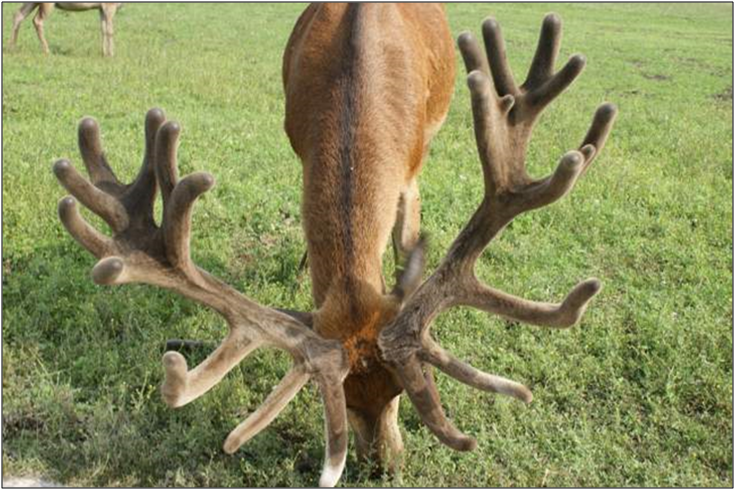 Male deer, which shed their antlers annually, display their superpower every year through their incredible ability to develop them from scratch. Cervids’ antlers are the only structure in mammals that fully regenerates every year, and in addition, they represent the fastest growing tissue that exists (more even than cancer).

The study developed from this assay, designed and led by Dr. Chonco, and in which the Instituto de Investigación en Discapacidades Neurológicas (IDINE) of the Universidad de Castilla-La Mancha (UCLM) also participates, showed that the extract of deer antler from the tip, but not from its middle part, reduced the proliferation of two glioblastoma cell lines by 38% and the formation of colonies by 84% (which could be similar to metastasis), in addition to inhibiting cell migration by 39% and produce other changes that were not significant in healthy cells.

This is the first work of non-Asian groups in this area and the second type of cancer in which the extract of growing antlers shows activity. “In both glioblastoma and prostate cancer, the extract causes mortality in cell lines of both types of cancer, but it is harmless in healthy cell lines” affirm its authors. In turn, they recall that an important study has recently been published in Science, in which it is indicated that such rapid growth is due to the use of proto-oncogenes (similar to the genes that produce cancer) and that deer, to protect itself, it has developed genes to suppress malignancies. On the other hand, according to a review article by Dr. Landete-Castillejos, the anticancer activity of the extract of deer antler is probably universal (it would affect all tumours), or at least very broad. 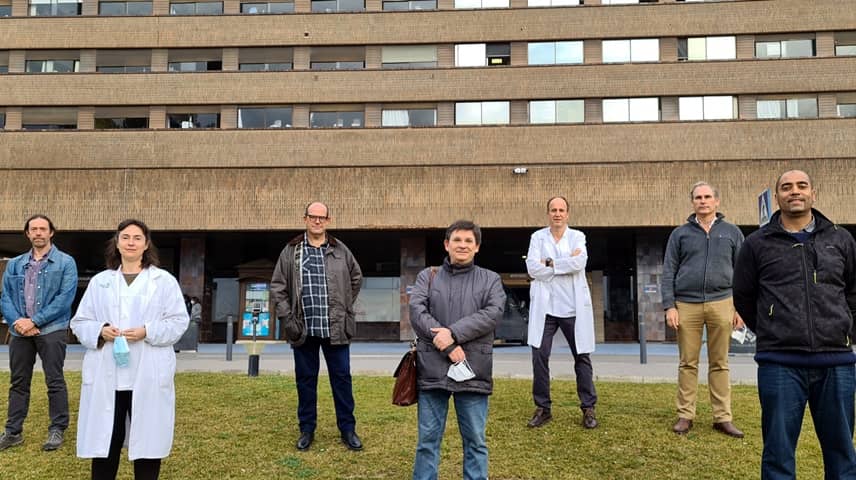 From the right to the left, some of the authors of this research work: doctors Chonco, Landete, Segura, de Cabo, García, Serrano and Pérez-Barbería.

The only studies published so far by Chinese-Korean groups have demonstrated anticancer effects of deer antler in prostate cancer cell lines and in xenograft mouse models. That is the next step for the researchers Chonco, Landete and Segura in the coming months if they get funding to continue the study: to see whether the ingested or injected extract manages to reduce glioblastomas in mouse models. “This is particularly difficult because the nervous system is protected by the blood-brain barrier that filters out many drugs and other molecules”, they note.

Dr. Chonco has requested a national project with both research groups to evaluate not only the mechanisms by which the extract of deer antler exerts its effects on glioblastoma, but also whether it is a broad spectrum anticancer against breast, skin and colon cancer. In addition to the possibility of being able to use the pills, which are already available in the market, these studies could point the way to find powerful anticancer drugs, but without toxic effects.