Home Selected publications Bird exposure to pesticides through the consumption of treated seeds: The case of the red-legged partridge in central Spain
Facebook
Twitter
Pinterest
WhatsApp

The analysis of digestive contents of red-legged partridges has revealed that sown seeds constitute a considerable part of the diet of these birds during the sowing season, as well as an important route of exposure to pesticides.

Agricultural intensification and the use of pesticides have been recognized as main threats for the conservation of birds that live in agricultural environments. Seed treatment is a particular use of pesticides that consists of coating seeds with fungicides and insecticides before sowing, being a very widespread practice today. Although the use of “treated seeds” contributes to reducing the release of phytosanitary products to the environment, it can pose a very specific risk to granivorous birds that consume pose a very specific risk for granivorous birds that consume those seeds that remain on the surface of the fields after sowing.

Treated seeds can be a key component of the diet of these birds during the autumn and winter months owing to the shortage of natural food at this time. In addition, as it is increasingly common, the sowing season can extend over several weeks or months, giving birds access to these seeds for long periods of time.

Previous studies developed by the Research Group in Wildlife Toxicology of the Hunting Resources Research Institute (IREC - CSIC, UCLM, JCCM) hace shown that the ingestion of these treated seeds can cause chronic toxic effects on reproduction in the red-legged partridge, and therefore a prolonged exposure could compromise the viability of its wild populations.

Now, thanks to the Agroperdiz and REGRESEEDS projects, IREC scientists have analyzed the digestive contents of 194 partridges shot by hunters in order to know the importance of sowing seeds in the diet of the red partridge, as well as to detect the presence of pesticides due to the ingestion of these seeds during the peak of cereal sowing season (November-December). On the other hand, they have evaluated how landscape composition can influence the consumption of sowing seeds and exposure to pesticides in this bird species, closely linked to the agricultural environment.

Results revealed that sowing seeds constituted half of the diet ingested by red-legged partridges (50.7%). In addition, it should be noted that these birds mostly consumed seeds of winter cereals such as wheat or barley (42.3% of the diet). On the other hand, results showed that 33.0% of the analyzed birds were exposed to different pesticides, detecting the presence of seven fungicides and one insecticide in the digestive content. The fungicide tebuconazole was the most prominent pesticide, being present in 19% of the individuals. Likewise, it was shown that the presence of these pesticides in the digestive content was directly related to the consumption of winter cereal seeds, pointing to the consumption of treated seeds as an important route of exposure to pesticides for granivorous birds that live in agricultural environments. 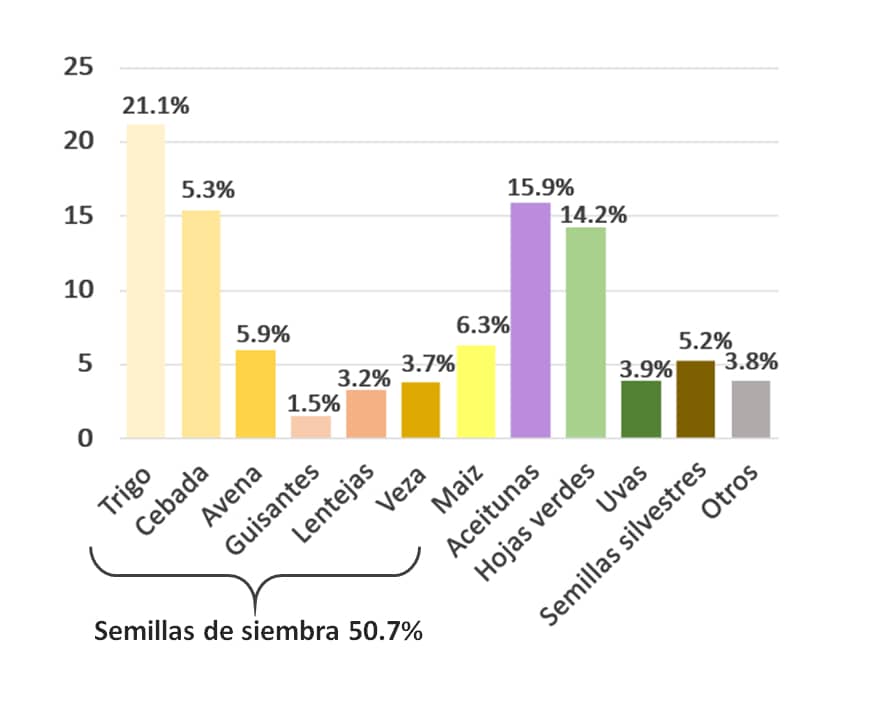 Percentage of the different foods items that make up the diet of the red-legged partridge during the sowing season. 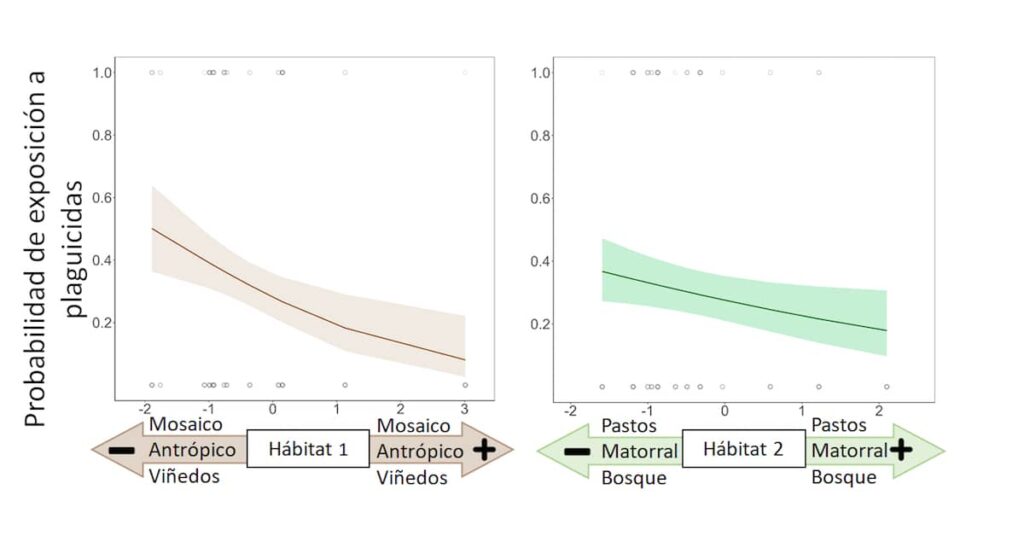 Landscape factors are important in understanding pesticide exposure in birds through the consumption of treated seeds.

The findings of this research work should be considered in combination with those obtained in previous experimental works, in which it has been shown that the consumption of cereal seeds treated at commercial doses can have effects on physiological and reproductive parameters of the red-legged partridge. Using the results of the diet of the present work, the researchers estimated the exposure levels of the partridges to different pesticides and concluded that levels of exposure to fungicides such as tebuconazole during the sowing season could be sufficient to cause chronic toxic effects on reproduction in real field scenarios. 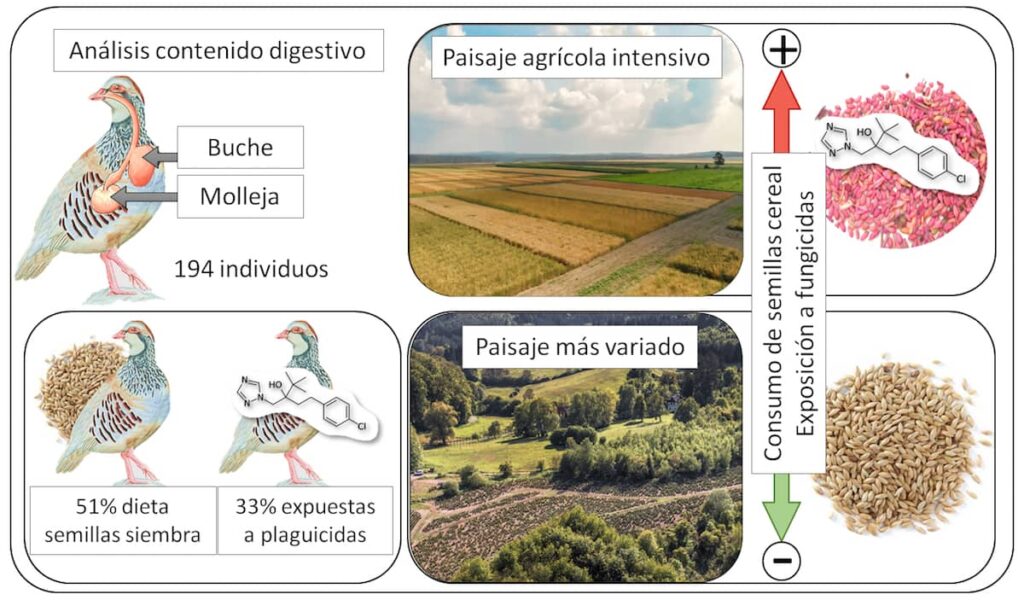 This study shows that the use of treated seeds, especially those treated with tebuconazole, could pose a risk to the conservation of populations of granivorous birds. In addition, this research highlights the importance of the composition and diversification of the agricultural landscape, which should be considered a priority when evaluating and minimizing the risk that these treated seeds may pose for the birds that inhabit these environments.