We present the first ever analyses of the chemical composition of feces of the Bearded vulture, a non-invasive and relatively cheap technique that could complement the study of the dietary habits of one of the most threatened birds of prey.

Animal feces are a very valuable study resource because of the huge amount of information that they can provide about the way of life of our wildlife. For example, detection of feces in ecosystems allows to know where a specific species is living or even to estimate its abundance; while the analysis of feces in the laboratory can reveal aspects such as dietary habits, health status, degree of exposure to environmental pollution and even the identity of their owners through genetic testing. In addition, we must add the advantage that feces are non-invasive samples, which means that they can provide all this information without the need of disturbing the wildlife species under study.

A new research has analyzed for the first time the inorganic (mineral) and organic remains present in feces of the Bearded vulture (Gypaetus barbatus), collected from nests of the species, in order to determine the suitability of this sample matrix as indicator of diet habits. The results have been compared with observations, using video cameras at nest sites, of the prey items delivered to the same nests to feed the chick, a classic method to identify the diet habits of the Bearded vulture. 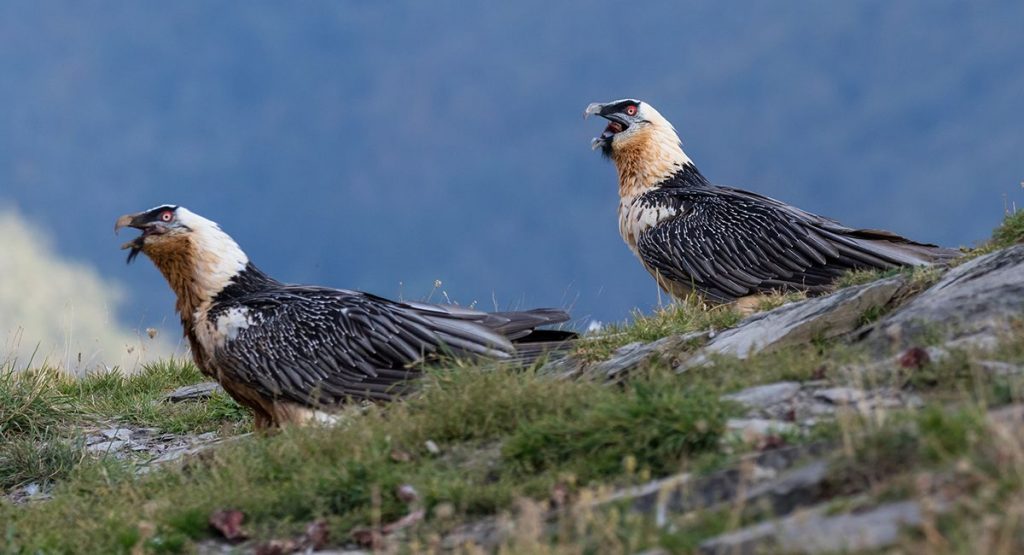 Bearded vultures are osteophagous, specializing on bones scavenged from medium-sized ungulate carcasses, which are left over after the other members of the scavenger guild have eaten most of it. They can swallow bones whole (up to 30 cm long), but when bones are too large, the bearded vultures must break them into smaller pieces by flying over rocky surfaces (named bone-breaking sites or ossuaries) and dropping the bones on the rocks below, which also allows access to the nutritive bone marrow (Photo: Pilar Oliva-Vidal).

Bones mostly comprise mineral matter in form of hydroxyapatite (a calcium-phosphate complex), water, and organic material in form of the protein collagen, constituting a food item energetically almost as rich as meat. When a bearded vulture ingests them, its digestive system is unable to absorb all the minerals, so that the minerals not absorbed from the bones are eliminated with the feces.

Results of the study, which has been carried out by scientists from the Research Group in Game Resources and Wildlife Management of the Instituto de Investigación en Recursos Cinegéticos (IREC – CSIC, UCLM, JCCM), of the Heidelberg University (Germany) and the Universidad de Lleida, show that calcium and phosphorus were the most abundant elements in the feces of Bearded vultures, representing around 40% of the mineral content.

Other elements, such as iron, silicon and zinc, were found in variable concentrations, which could be due to differences among territories in food selection or to differences in the amounts of soil particles accidentally ingested with food items.

In addition, the feces content showed a variable proportion (ranging between 0.5 and 4.6%) of uric acid, which could be associated with a differential intake of meat and bone marrow depending on the nutritional requirements of chicks during growth. However, this metabolite from meat digestion was not negatively correlated to calcium (the metabolite of bone digestion). 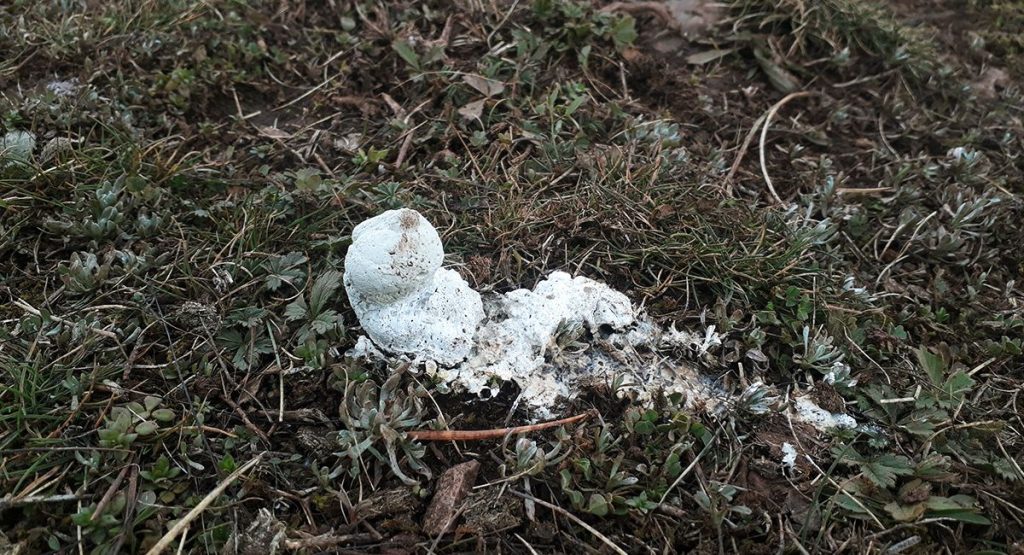 The chemical analysis of feces could be a non-invasive and relatively inexpensive method to complement studies on the dietary habits of the Bearded vulture (Photo: Pilar Oliva-Vidal).

According to the direct observations made using video cameras, 65% of the food items delivered to nests were taxonomically identified as bone fragments of sheep or goats (Ovis/Capra spp.). Anatomically, 76% of the bones contributed to the nest corresponded to the extremities, indicating a selective preference for this type of bone, probably due to its high content in oleic acid. Finally, the observations revealed that at least 15% of the Bearded vulture's diet is based on meat, mainly originating from small prey such as small carnivores and birds.

Taken together, the results of this scientific work confirm that bones ingested by the Bearded vulture are completely digested thanks to the specific adaptations of its gastrointestinal tract. Although direct observations of food item delivered to nests provided more detailed information on the dietary habits of the Bearded vulture than the chemical analyses of its feces, this could be a complementary, non-invasive and relatively inexpensive method for studying the diet of one of our most threatened birds of prey.