Researchers from IREC, IESA-CSIC and the University of Málaga have assessed different methods for detecting the Egyptian mongoose (Herpestes ichneumon), an expanding carnivore in the southwest of Europe. Their results show that the combination of several methods provides more precise and unbiased estimates of occupancy than those obtained from single methods.

The Egyptian mongoose (Herpestes ichneumon) is the only mongoose species (Herpestidae Family) naturally occurring in Europe. It is restricted to the southwest of the Iberian Peninsula, where its range could be expanding according to recent studies. However, the scarcity of methodological studies prevents to know with accuracy its current situation in Spain.

Mongoose’s strictly diurnal activity, contrasting with the rest of Iberian carnivores, makes that this species is frequently observed during daylight. As a consequence of its visibility, the perception that the mongoose is abundant, and its population is increasing is widespread. Because of that, hunters from some Spanish regions, who perceive that the mongoose largely impacts small game populations, often request management measures aimed at limiting its populations and restraining its expansion. However, its precise distribution, whether it is expanding and which is its impact on prey species are unknown in regions such as Castilla-La Mancha. 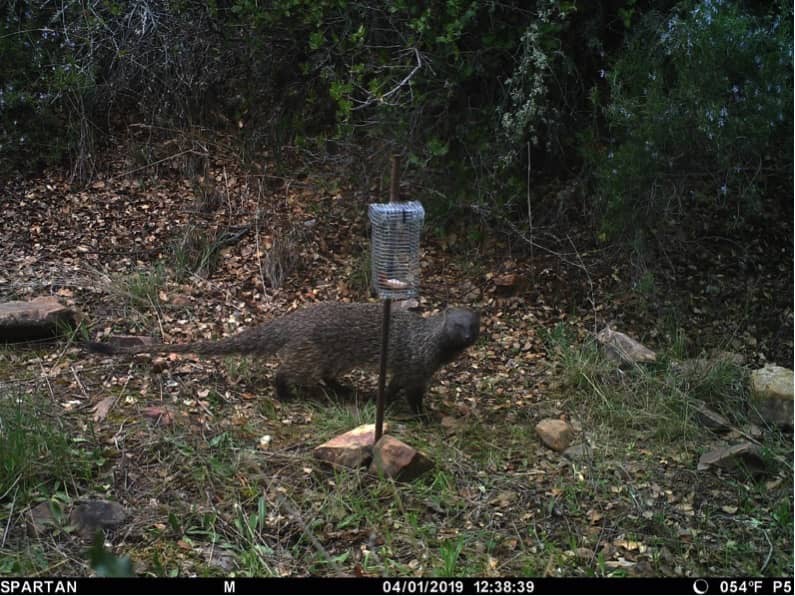 Photo of Egyptian mongoose obtained with a camera trap during the present research work (MELOCAM Project).

These are some of the questions intended to be answered by the “MELOCAM Project: The Egyptian mongoose in Castilla-La Mancha: distribution, abundance, population trends, effects on their prey and social perception (SBPLY/17/180501/000184)”, which is being developed by researchers from the Research Group in Game Resources and Wildlife Management of the Instituto de Investigación en Recursos Cinegéticos (IREC – CSIC, UCLM, JCCM) in collaboration with scientists from the Instituto de Estudios Sociales Avanzados (IESA-CSIC) and the Universidad de Málaga, and funded by the Junta de Comunidades de Castilla-La Mancha and EU FEDER funds.

Several methods have been used to detect carnivore species, whose elusive behaviour often hinders their observation. Camera-trapping, signs surveys and live-trapping are among the most employed methods. However, each of these methods has advantages and disadvantages, and it is necessary to know very well which are the most appropriate methods in each case and for each species in order to obtain the most accurate population distribution estimates. 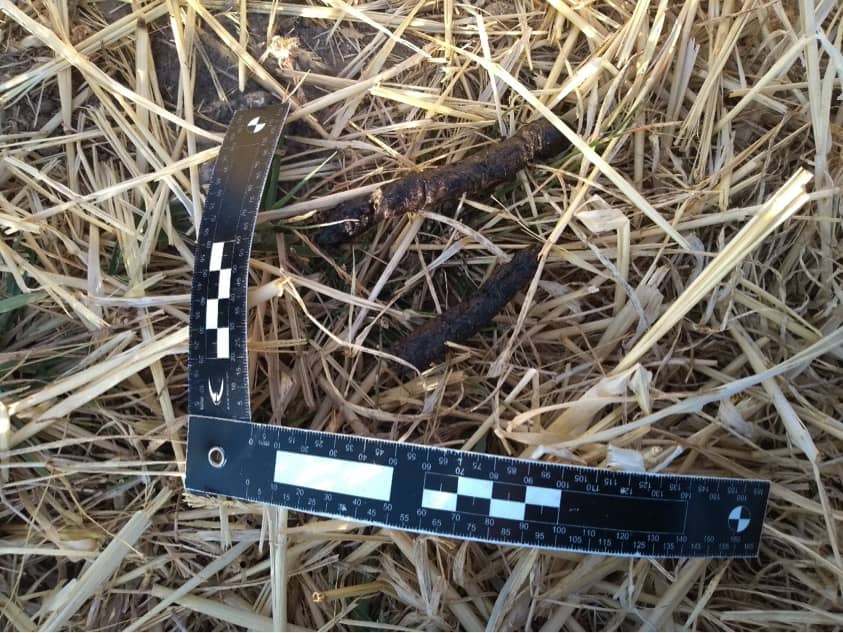 Thus, the aim of this study was to compare different methodologies and their possible combinations to optimize the distribution estimates of the Egyptian mongoose. Occupancy models were employed to identify the most cost-effective method or combination of methods (with high precision, low bias and low cost) to assess the distribution of this species.

The study was carried out in four different study zones in central Spain (in Castilla-La Mancha) where the occurrence of the Egyptian mongoose was previously known. Four different methods were employed: camera-traps, double hair-traps baited with chicken, single unbaited hair-traps and sign surveys (e.g. tracks and scats). These methods were replicated in 10 sampling units within each study zone. Occupancy models were employed to estimate the detection probability for each method and all possible combinations among methods in each zone.

Results showed that camera-trapping was the most precise and least biased single method, followed by transects on foot. In contrast, both baited and unbaited hair-traps produced biased estimates of occupancy. However, camera-traps were the most costly method, whereas single unbaited hair-traps had the lowest cost. The combinations of four different methods produced the best-ranked models in absolute terms (higher detection probability and accuracy of occupancy estimation). 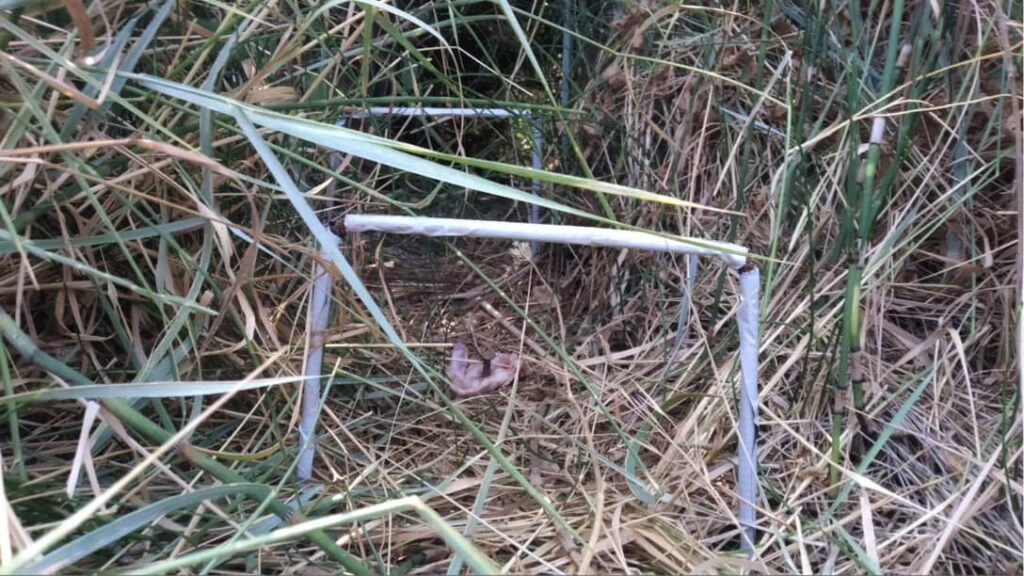 Double baited hair-traps (in the centre of the image) used in the present study (MELOCAM Project).

This study demonstrates that the combination of several methods provides more precise and unbiased estimates of occupancy than those obtained from single methods. Even so, a biased method could contribute to improve the estimates if combined with other unbiased and precise methods. According to the study, future surveys on carnivore species distribution should consider not only the precision and bias, but also the cost and effort required by each method to achieve the most cost-effective results.