Exposure to toxic elements, the response of certain physiological parameters to exposure and its relationship to body condition show that pollution could be a threat to nightjar populations established in mining areas

The (Order Caprimulgiformes), also called goatsuckers, are a group of insectivorous birds that owe their peculiar name to the false folk tale that they "sucked" the milk from goats. Far from ancient superstitions, the truth is that these birds are little known by science, probably due to their nocturnal habits, cryptic plumage and elusive behaviour.

For example, although nightjars are believed to be able to tolerate the disturbances that human activities cause in their natural habitats, the effect that many environmental impacts could have on their conservation is unknown, especially when they are related to the emission of chemical contaminants, such as metals.

Thanks to a research project funded by the Seneca Foundation, a multidisciplinary team of scientists has evaluated the effects of exposure to certain non-essential metals –such as lead (Pb), cadmium (Cd), arsenic (As), and mercury (Hg), which are known because of their toxicity– on the physiology and body condition of nightjars, using as a model species the red-necked nightjar (Caprimulgus ruficollis). 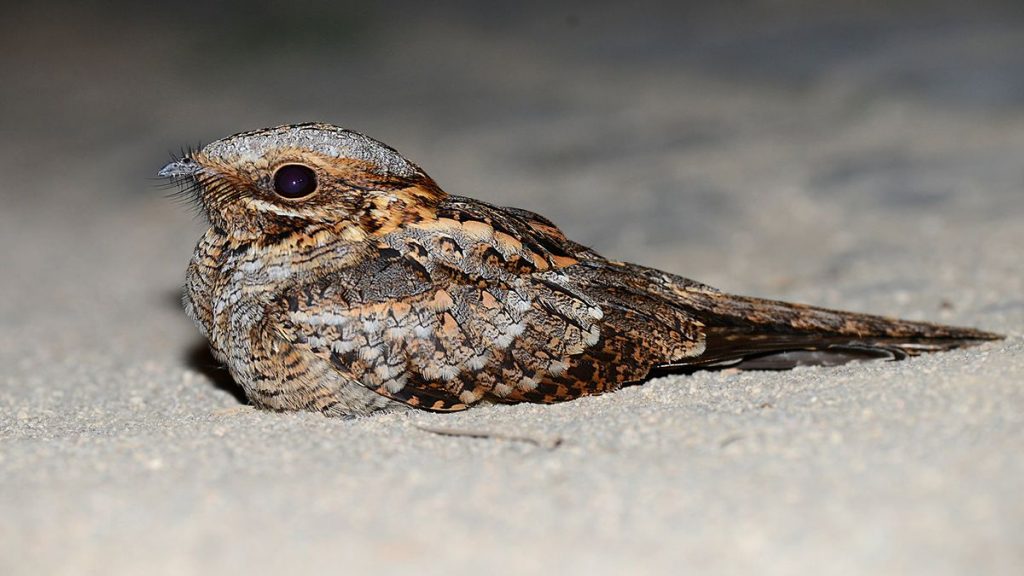 The red-necked nightjar (Caprimulgus ruficollis) is a long-distance migrant bird, wintering in Western Sahara and breeding in temperate regions of the Iberian Peninsula and northern Africa (Photo: José Manuel Zamora).

The scientists studied nightjars exposed to three scenarios under contrasting contamination degrees based on the anthropic uses of the habitats they occupy during their breeding stay in the Region of Murcia (Spain), in order to be able to make comparisons. One of the scenarios was represented by habitats affected by the former metallurgical mining district “Cartagena-La Unión”, which is currently abandoned and has never been restored or rehabilitated; another was characterized by being an agricultural-urban area close to an industrial park; and a third scenario was represented by a natural area relatively free of anthropic pressure and environmental contamination, in order to be used as a reference area.

In each scenario, several specimens of red-necked nightjars were captured and information regarding their size and body condition was collected. Finally, before their release, the scientists collected blood samples to analyze various biomarkers, which are “measurements” of certain physiological parameters that indicate whether nightjars are exposed to worrying levels of environmental pollutants (biomarkers of exposure) and/or whether this exposure is linked to negative health effects (biomarkers of effect). 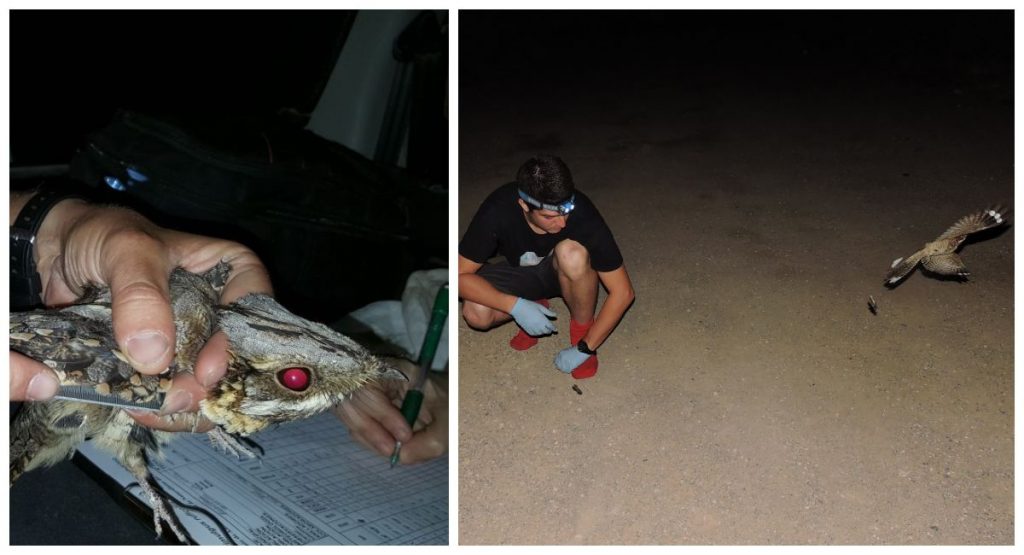 Once collected all the necessary data and samples to carry out the research, the nightjars captured were returned to their natural habitats (Photos: Silvia Espín).

As expected, the nightjars from the area affected by mining pollution had higher levels of As, Pb and Cd in blood than those from the agricultural-urban area or the reference area. These biomarkers of exposure indicate that the abandoned mining residues in the ancient mining district “Cartagena-La Unión”, which was closed decades ago, remain a major source of environmental contamination today.

Moreover, several biomarkers of effect, such as the blood plasma levels of retinol (better known as vitamin A), uric acid and albumin, were decreased in the nightjars from the mining area in comparison with those from the other scenarios.

Considering that vitamin A and uric acid are antioxidant substances, and that toxic metals such as Pb, Cd and As owe part of their negative health effects to the generation of oxidative stress –a physiological disorder that happen when the harmful free radicals win the battle against antioxidants–, the observed decrease in these parameters could be associated with metabolic and/or physiological alterations caused by exposure to high levels of environmental contamination.

On the other hand, there must be considered that a decrease in blood plasma levels of albumin could indicate a poorer protein diet, which would be in accordance with the fact that the richness and/or abundance of insects –the food of nightjars– could be depleted in the mining area as a consequence of metal contamination.

To all this must be added the fact that the blood load of contaminating metals in nightjars from the mining area was negatively associated to their body condition, an indicator that warns about their probabilities to survive. This negative relationship could be due both to the physiological wear and tear that nightjars from the mining area have to face towards “detoxification” and to the fact that contaminated habitats may not be able to provide them with an adequate diet, either in quantity or in quality.

Although more research is needed, the results of this scientific study as a whole seem to indicate that metal contamination from mining waste could pose a threat to the conservation of the mysterious goatsuckers in ancient mine sites.