The use of treated seeds in agriculture, although it is a practice that contributes to reduce the net release of plant protection products into the environment, poses a very specific risk for granivorous birds, such as the red-legged partridge (Alectoris rufa). During autumn and winter, seeds for sowing can constitute almost 90% of the partridge diet, and since most of these seeds area treated with pesticides, partridges can ingest large amounts of these chemicals.

Triazole fungicides are the most widely used pesticides to treat seeds for sowing. These fungicides can affect reproduction through a process of endocrine disruption, by inhibiting the initial stages of sterol biosynthesis and affecting the regulation of sex hormones. In fact, the ingestion of seeds treated with triazoles by birds has revealed some effects on reproduction, especially when intake occurs at the end of the sowing season, during the days before the beginning of the breeding season.

However, the specific process by which the supposed enzymatic inhibition ends up affecting reproduction has not been described in birds. In addition, it is not clear whether an exposure in autumn, during the peak of the winter cereal sowing season and therefore when more seeds are in the field, can affect a reproductive process that will begin between three and four months later. 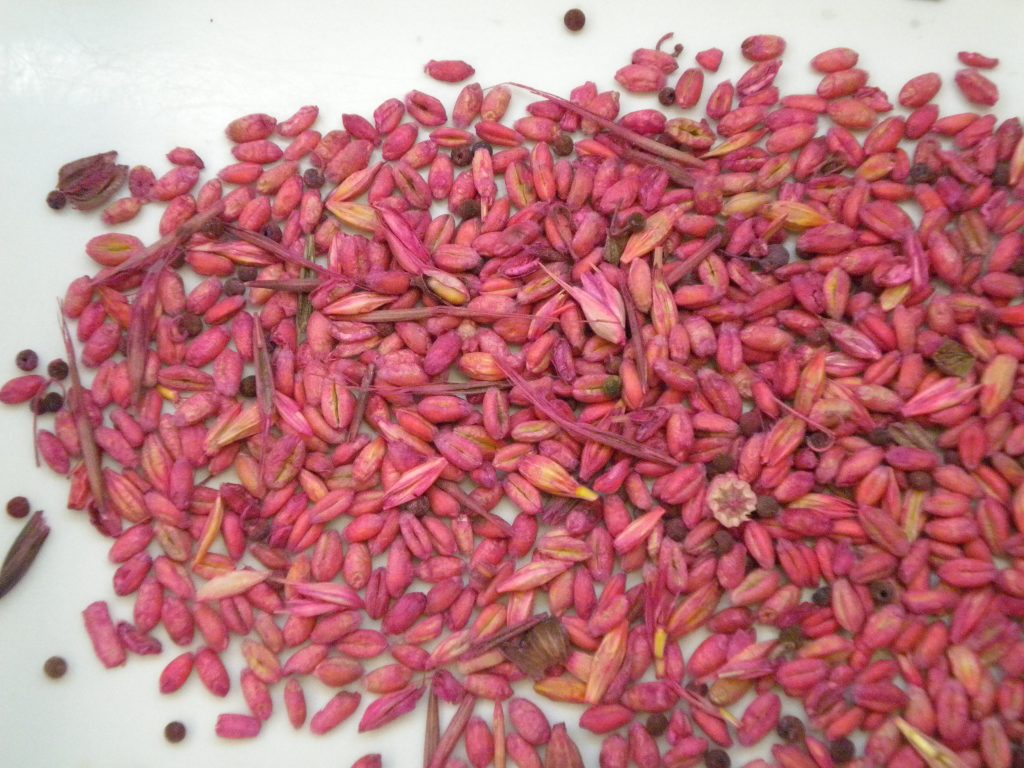 The ingestion of treated seeds can pose a health risk to granivorous birds that inhabit agricultural environments.

Thanks to the REGRESEEDS Project, a group of scientists from the Instituto de Investigación en Recursos Cinegéticos (IREC – CSIC, UCLM, JCCM) has analyzed the effects of ingesting seeds treated with four different plant protection products on the red-legged partridge, used as a model species of granivorous bird, through the experimental simulation of field exposure during the period of greatest seed availability in November. The active ingredients of the four plant protection products studied were triazoles, which are antifungal products, three of them with a single active ingredient (flutriafol, prothioconazole or tebuconazole) and the fourth (Raxil) with a mixture of prothioconazole and tebuconazole.

In order to investigate the cascade of effects at different levels of biological organization, which could lead from the inhibition of the enzymes involved in the synthesis of sterols to the reduction of reproductive performance, scientists monitored a series of molecular and physiological responses, such as the expression of the genes that code for these enzymes or different parameters of blood biochemistry, with special attention to cholesterol levels (the precursor molecule of sterols in these animals) and to the main sex hormones (testosterone and estradiol).

The experimental study consisted of simulating the exposure of the red-legged partridges to seeds treated with different fungicide products during the period of greatest availability of seeds for sowing in November, as well as of monitoring a series of molecular and physiological responses from the period of exposure to the end of the breeding season, 3-4 months after the end of the exposure period.

Results showed that all treatments produced an overexpression of several of the genes that code for the enzymes involved in the intermediate stages of the sterols biosynthesis pathway. Some of these genes showed a consistent response to several of the treatments, which could show their utility as indicators of the effects of triazoles at the molecular level.

Flutriafol was the active ingredient that caused the clearest effects at the physiological and reproductive level. Exposure to this pesticide caused a reduction in plasma cholesterol levels, thus the induction of the production of enzymes involved in its synthesis could be interpreted as a compensatory mechanism. On the other hand, despite the fact that the breeding season began between 3 and 4 months after the end of the exposure period, flutriafol caused a delay of 14 days in the beginning of the egg laying period, which was reflected in a trend for smaller clutch sizes.

Reproduction of wild birds is one of the specific protection objectives included in the protocol for risk assessment of plant protection products in Spain and the European Union. However, this protocol does not currently consider the need to analyze the effects on the reproduction of birds if pesticides are applied in autumn. The results of this research show the need to evaluate the risks of triazole fungicides on the reproduction of birds regardless of the period of the year in which animals are exposed.

In addition, evidences that these fungicides, especially flutriafol, could be acting as an endocrine disruptor by affecting steroid hormones, is becoming increasingly clear. According to current legislation on risk assessment of pesticides, this should lead to restrictions on its use and marketing. Anyhow, there appear to be safer alternatives to the use of flutriafol even within the group of triazole fungicides, such as tebuconazole or protioconazole.