There is scientific evidence that, in agricultural environments, the consumption of seeds for sowing treated with pesticides can pose a risk to the conservation of granivorous birds. But this is not the only way by which birds linked to agroenvironments may come into contact with pesticides. Many of them, such as the red-legged partridge (Alectoris rufa), are ground-nesting, and often breed within fields that are sprayed with pesticides regularly, mainly fungicides or broad-leaf herbicides that are used to eliminate poppies and other dicotyledonous plants in cereal fields.

The eggs of these birds can therefore be directly exposed to pesticides by overspray or indirectly by diffusion of pesticide residues through contact with treated soil. This is an exposure pathway that has received little attention. In fact, the environmental risk assessment conducted for pesticide registration in the European Union does not consider egg exposure as a relevant ecotoxicological risk scenario, thus the toxicity of these products when they come into contact with eggs is not part of the routine tests carried out before the use of a pesticide is approved.

Because of this, thanks to the REGRESEEDS Project, scientists from the Research Group in Wildlife Toxicology of the Instituto de Investigación en Recursos Cinegéticos (IREC – CSIC, UCLM, JCCM), in collaboration with the Instituto Regional de Investigación y Desarrollo Agroalimentario y Forestal (IRIAF) of Castilla-La Mancha, have studied the effects of egg exposure to pesticides in the red-legged partridge, exposing eggs to two pesticides: a broad-leaf herbicide whose active ingredient is 2,4-D and a fungicide whose active ingredient is tebuconazole. 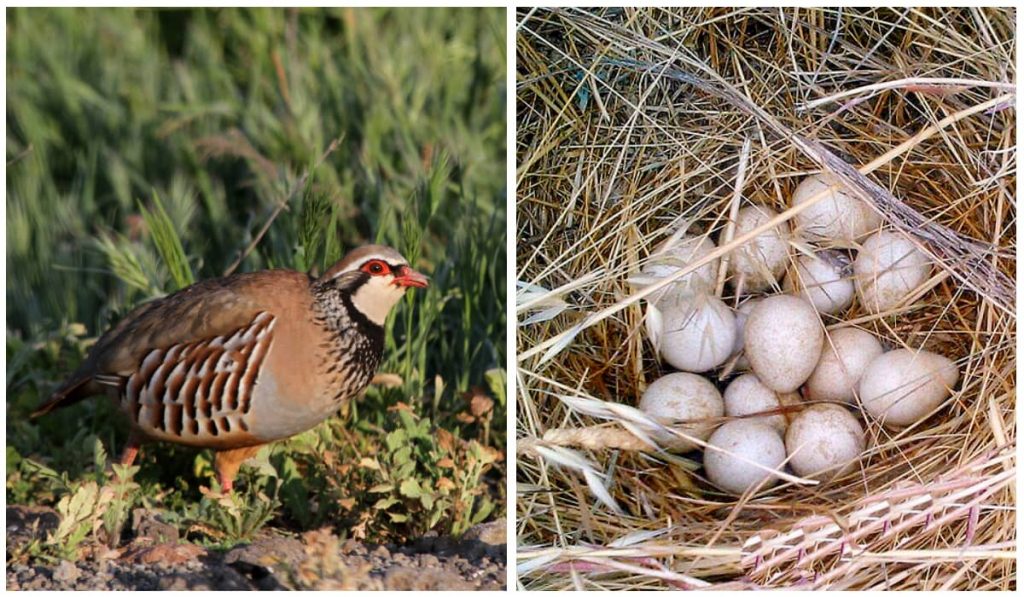 Eggs of ground-nesting birds, such as the red-legged partridge, in agricultural environments may be directly exposed to pesticides by overspray or indirectly by diffusion of pesticide residues through contact with treated soil.

Both products are among those used in their respective categories for the treatment of cereal crops in Spain, which are, on the other hand, one of the preferred nesting habitats for red-legged partridges. In these cereal fields, pesticides are applied during the initial stages of growth, normally until the stem elongation stage that is reached by early or mid-spring depending on the region. After this stage, pesticide application is reduced to avoid crop damage caused by machinery.

Based on this, the researchers simulated two exposure scenarios for each of these products: the direct egg overspray if eggs were laid before pesticide application, and the indirect exposure through contact with treated soil , when eggs are laid directly on bare ground after the end of the pesticide application period.

Results of the study show that pesticide accumulation was between 3 and 14 times greater in eggs directly exposed by overspray than in those indirectly exposed through contact with treated soil. Egg overspray reduced chick survival, , with mortality rates being 26% and 24% higher than controls for tebuconazole- and 2,4-D-treated eggs, respectively. 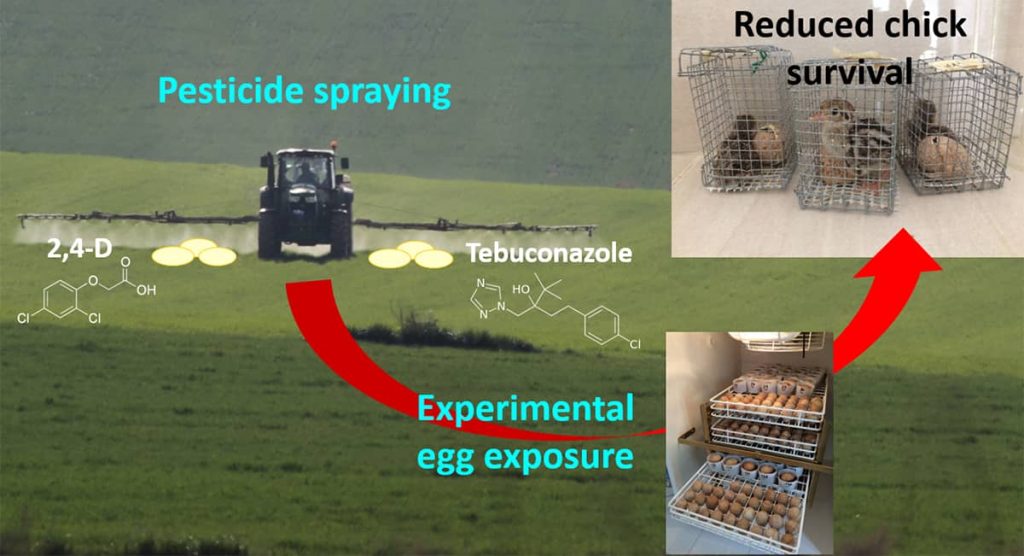 This study reveals that egg spraying with pesticides should be considered as a relevant exposure scenario in risk assessment procedures before their use is authorized. Lack of attention to this specific scenario of exposure for birds could lead to underestimated ecotoxicological risks derived from the use of pesticides for birds associated to agricultural environments.