A new analytical approach makes it possible to obtain maps on the distribution and abundance of two species of ungulates, the roe deer and the wild boar, from wildlife–vehicles collision data, controlling the effects that factors such as road density and seasonality may have on predictions.

Knowing how many animals there are and their distribution is a key information for wildlife populations management, with numerous applications ranging from conservation of endangered species to zoonotic diseases control. However, this information is not always easy to obtain at large scales, due to the high cost of specialized wildlife monitoring methods such as camera trapping or GPS tracking.

Scientists from the Instituto de Investigación en Recursos Cinegéticos (IREC – CSIC, UCLM, JCCM) have used the wildlife-vehicle collision data from roe deer (Capreolus capreolus) and wild boar (Sus scrofa) to generate abundance maps of these two species in peninsular Spain. The study used the Royle-Nichols hierarchical modeling approach to control for the possible effect of road density or time of year on the distribution and number of roadkill. 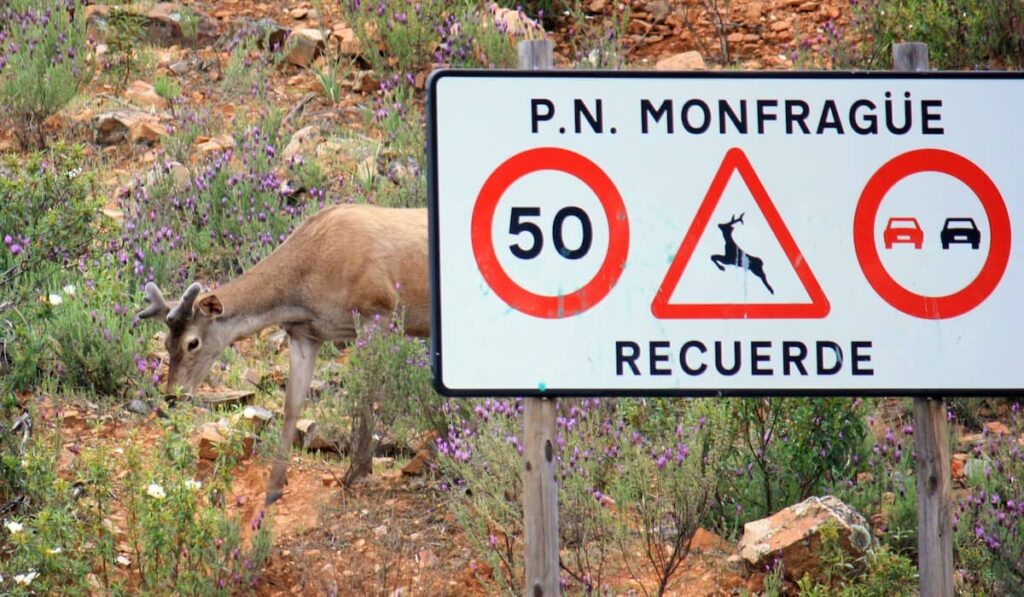 Roads have become death traps for many animals that, such as wild ungulates, try to cross them or feed in their ditches, creating a risk of collision with passing vehicles.

The study used the vehicle collision data with these two species during 2017. Variables related to climate and land cover were taken into account for abundance modeling, while variables such as road density or road type (urban, conventional roads or highways) were included to control for traffic intensity or vehicle speed.

In addition, the temporal pattern of roadkill was included to consider the heterogeneity that might exist in both, the species activity and the number of vehicles present on the roads throughout the year. The abundance index obtained was assessed at provincial level by comparisons with hunting bags of these species, another metric commonly used as a large-scale abundance index. 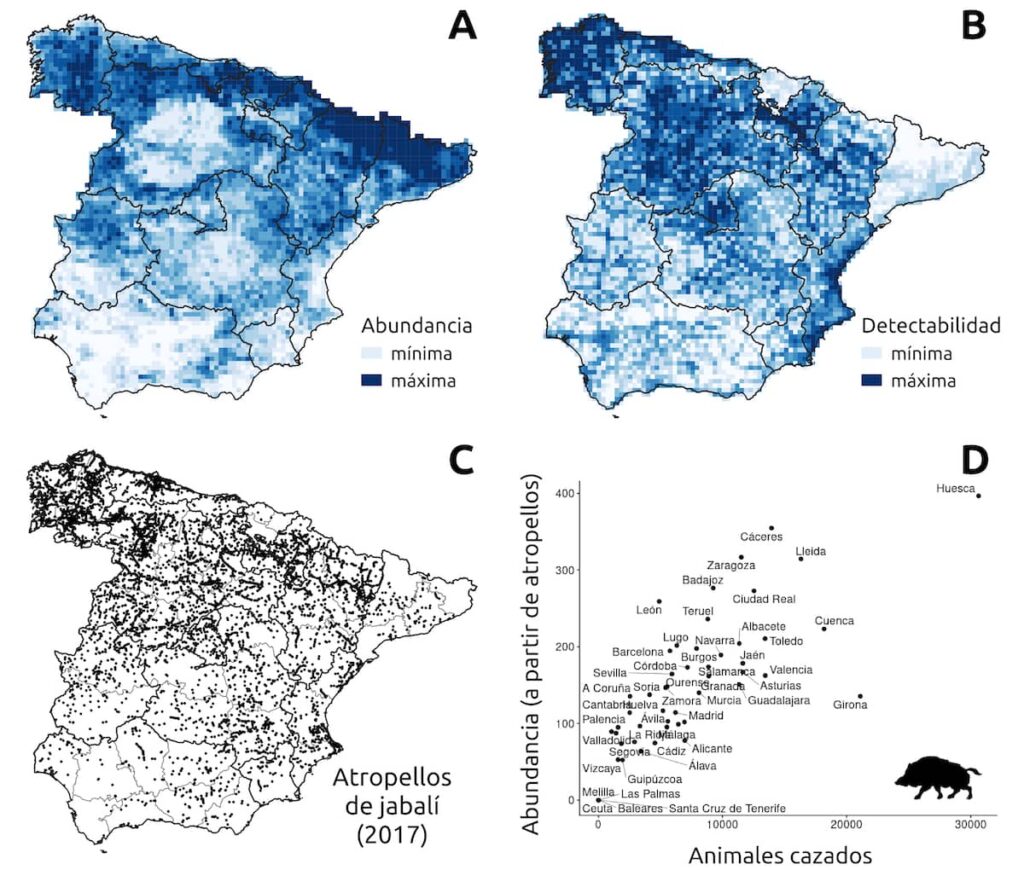 The results, published in the journal Ecography, have shown that it is possible to obtain roe deer and wild boar abundance maps from roadkill data when biases derived from covariates such as traffic intensity or animal activity are controlled. Collisions with wild boar occurred mainly between October and December, while roe deer collisions were more common between April and July.

In addition, the results made it possible to identifyfuture black spots”, that is, areas that could be problematic in the future in terms of drivers safety and wildlife populations conservation.

The study also found that a higher number of roadkill does not always mean a greater animal abundance, as is the case with wild boar in the central areas of Castilla y León. This reflects the dual origin of the wildlife-vehicle collision data, in which two factors necessarily converge: the presence of animals and the presence of vehicles. Therefore, a high rate of roadkill may also be due to a higher number of vehicles or other variables, such as higher vehicle speed. 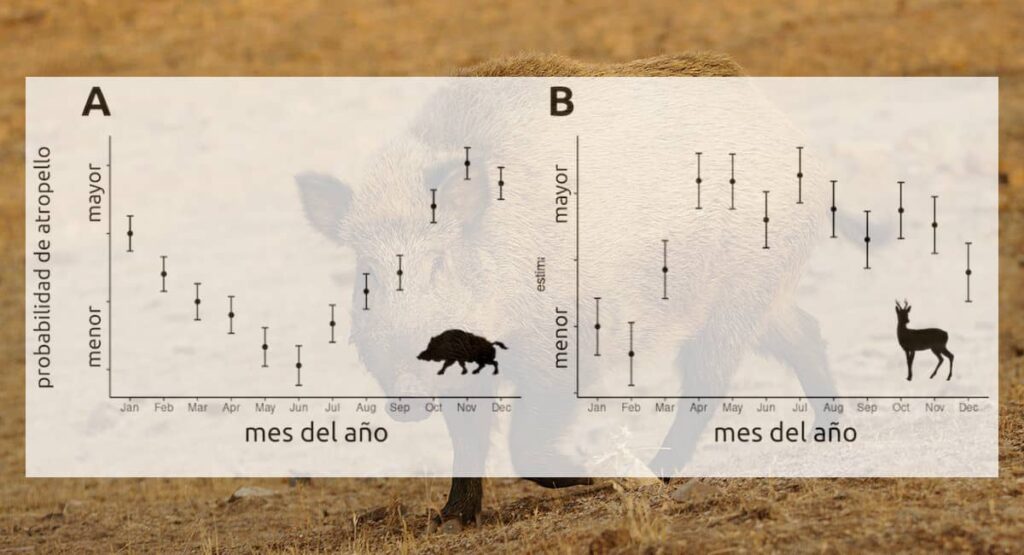 This research shows that it is possible to take advantage of the information contained in wildlife-vehicle collisions to study the distribution and abundance of ungulate species at large scales. In addition, abundance and wildlife collision risk maps opens the door to the future development of tools and technologies that can be used for both: the management of endangered animal populations and to mitigate risks to driver safety.