The application of a spatially-explicit capture-recapture (SCR) model reveals that the population density of the European wildcat in Cabañeros National Park is one of the lowest in Europe, a situation that could be common for this scarce felid in the south of Iberia.

Scientists from the Research Group in Game Resources and Wildlife Management of the Instituto de Investigación en Recursos Cinegéticos (IREC – CSIC, UCLM, JCCM), led by Dr. Pablo Ferreras and in collaboration with researchers from the Universidad de Málaga and the CIBIO-Universidad de Oporto (Portugal), have combined independent datasets in a spatially-explicit capture-recapture (SCR) framework to estimate the population density of the European wildcat (Felis silvestris) in Cabañeros National Park, a protected area in central Spain. 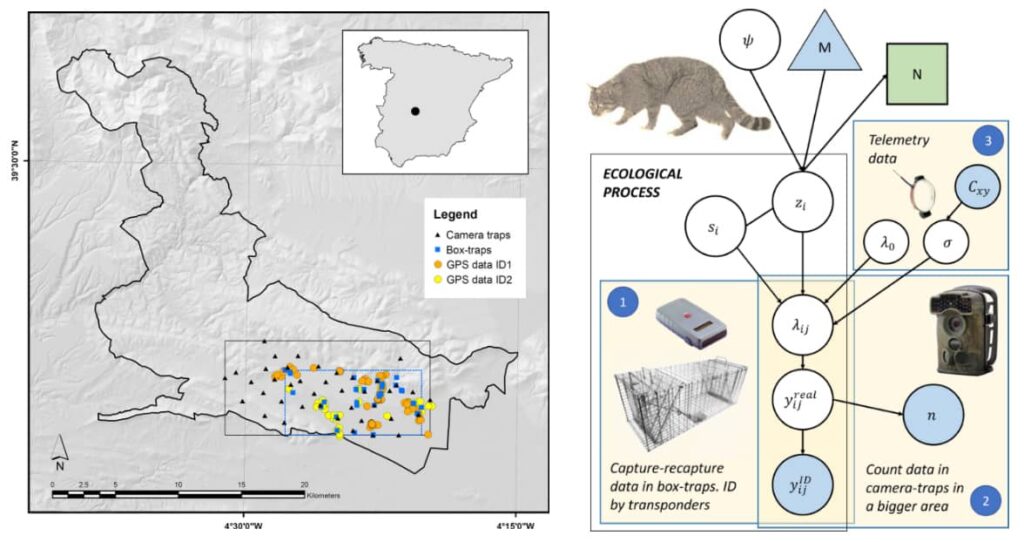 The integration of the different data sources improved the precision obtained by the standard SCR model. The mean population density estimated with the integrated model (0.038 ± 0.017 wildcats/km2) is among the lowest values ever reported for this species in Europe, despite corresponding to a highly protected area. Among the likely causes of such low density, low prey availability (wild rabbits and small mammals) could have triggered an extinction vortex process.

The authors of this work postulate that the estimated low population density of European wildcat could represent a common situation among the wildcat populations in the southern Iberia, highlighting the need for further studies and urgent conservation actions in the furthermost southwestern range of this species in Europe. 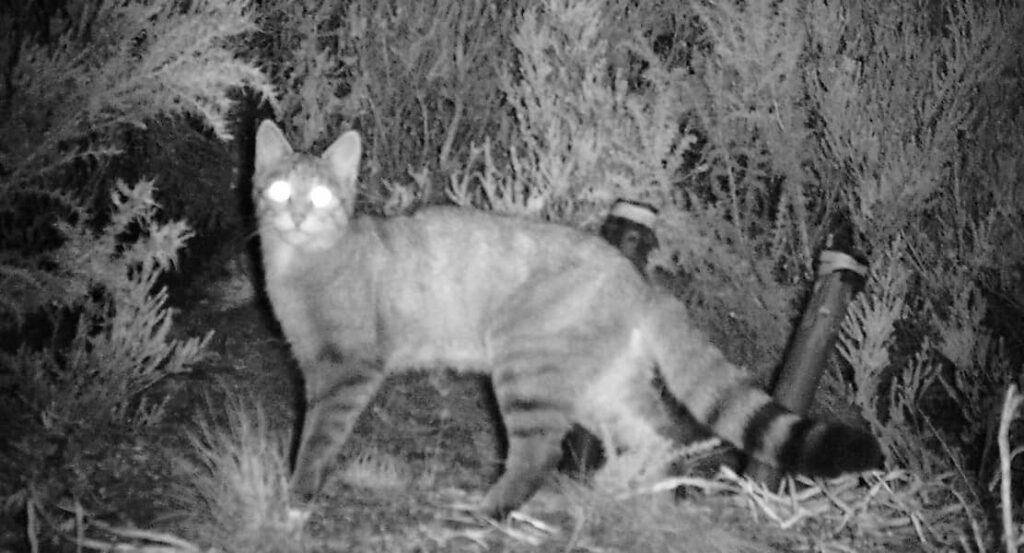 Previous studies, which analyze the survival and cause-specific mortality of the European wildcat, already warn of the "silent extinction" of the feline in Europe.