Predation is a kind of ecological interaction in which an animal –the predator– captures another animal of a different species –the prey– to feed on it. This biological relationship is one of the causes of the historical conflict between humans and certain wild predators, which are perceived as a threat for the exploitation of game species and/or livestock. In addition, predation can be a key factor in the reproductive success and conservation status of some prey species, especially in the case of those whose populations are already declining as result of other factors, usually of anthropic origin.

The predation exerted by red fox (Vulpes vulpes) on the red-legged partridge (Alectoris rufa) is a good case example of a conflicting predator-prey relationship. The fox is historically considered as threat for the hunting sector because it is a key predator of partridge nests. On the other hand, the queen of the small game in Spain has suffered a significant population decline in recent decades attributed to multiple factors, particularly the agriculture intensification. Given this situation, a high predation pressure by the fox, which may become relatively abundant under certain circumstances, can influence the abundance and population dynamics of the partridge, aggravating its population decline. 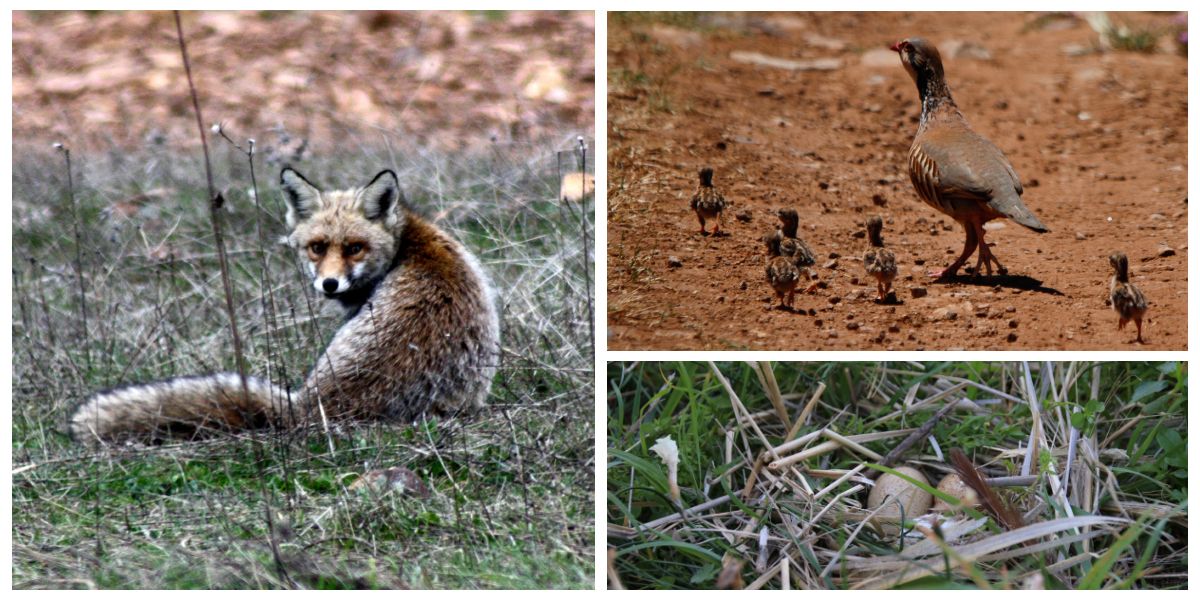 The red fox is one of the main predators of red-legged partridge nests and can influence the abundance and population dynamics of the partridge, which is considered as threat for the hunting sector.

The solution to this conflict passes through the so-called “predator control”, a management practice aimed to reduce the populations of certain opportunistic predators, such as the red fox, in order to prevent their excessive abundance. However, it is a relatively costly activity, it involves the death of controlled predators and negative effects on the ecosystems, the effectiveness and selectivity of the legal methods are not always as desirable, and illegal methods, such as the use of poisons, are sometimes employed. Thus, working on the development of non-lethal tools to minimize predation-related conflicts is very necessary. 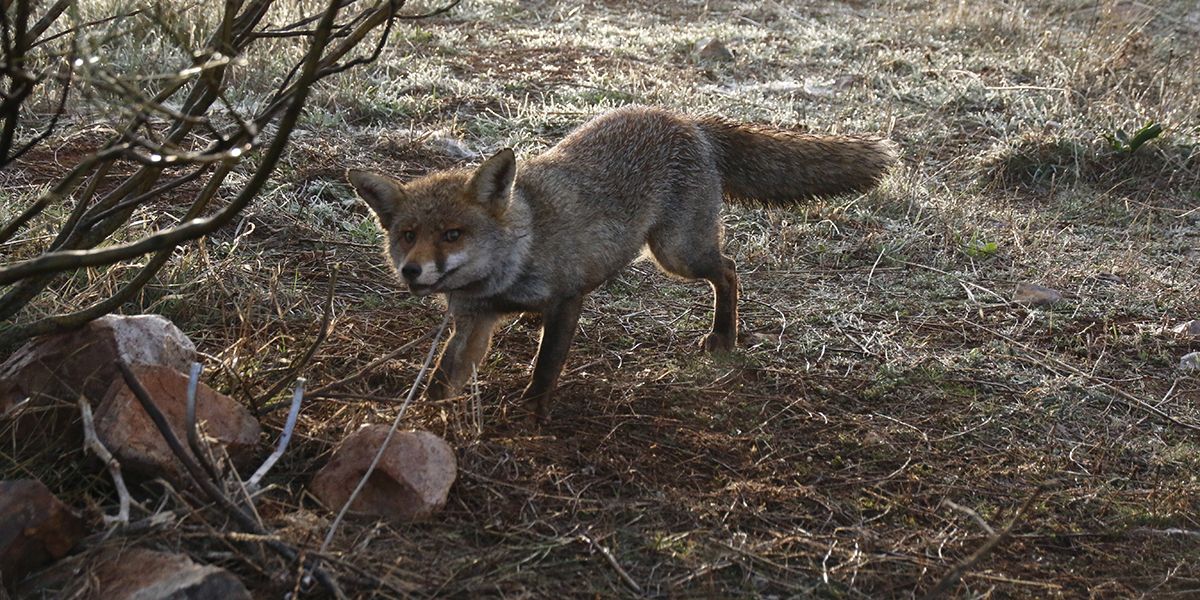 Predator control is a costly activity that involves the death of controlled predators through methods that do not always produce the desired outcome, thus the development of more effective, sustainable and ethical tools is very necessary.

In this regard, the control of predation by inducing conditioned food aversion (CFA) could be a very valuable alternative to predator control. This consists on using chemical substances in the prey (or in a surrogate) that produce an unpleasant adverse effect –vomiting, nausea and/or diarrhea– in the predator, so that it learns to reject this prey in later encounters. It is about triggering a survival mechanism that many animals develop to avoid the consumption of toxic or spoiled food once they have had a first bad experience. 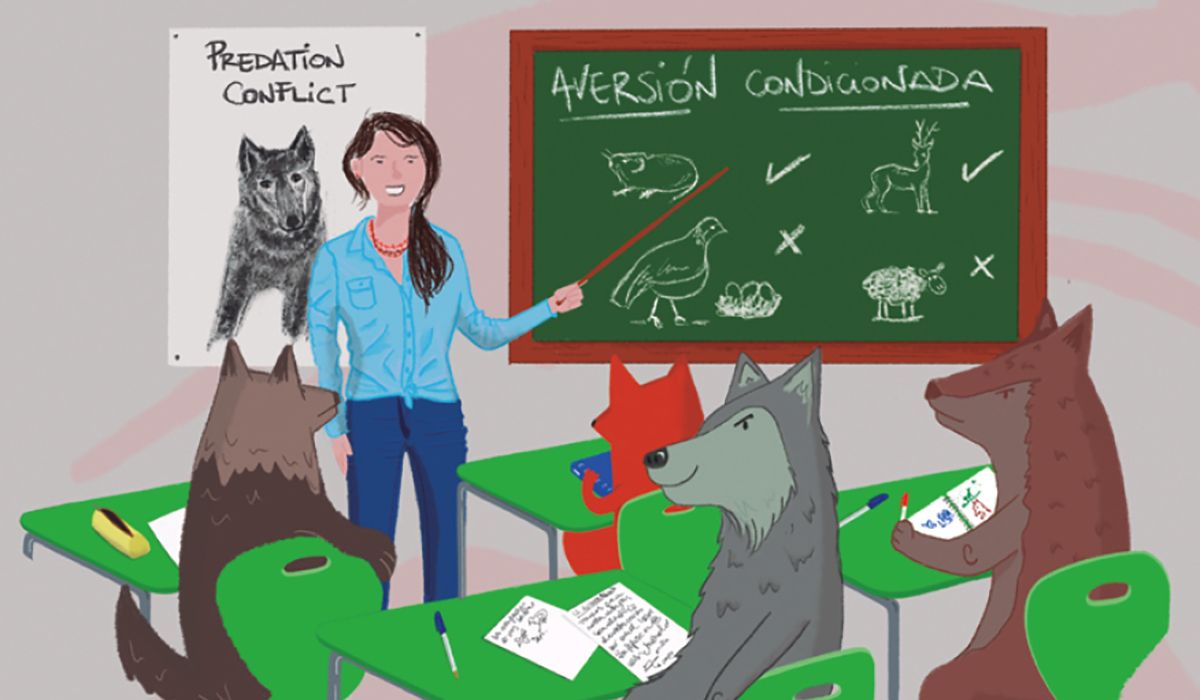 Members of the Research Group in Wildlife Toxicology and the Group of Game Resources and Wildlife Management of the Instituto de Investigación en Recursos Cinegéticos (IREC – CSIC, UCLM, JCCM) have advanced in the development of this non-lethal management tool for the control of predation.

For 2 years, they captured and tagged with GPS radio-collars a total of 26 red foxes in 2 hunting estates. In each of these, they established a treatment zone for the application of the CFA and a control zone, that is, without the application of CFA. Just before the beginning of the laying season of the partridge, they placed artificial nests of this ground-nesting bird in the core areas of the tagged foxes, and these were monitored by camera traps. In the treatment zones of both hunting estates, artificial nests contained eggs injected with the aversive substance, a chemical compound of low toxicity that was selected based on a previous study with dogs in captivity. 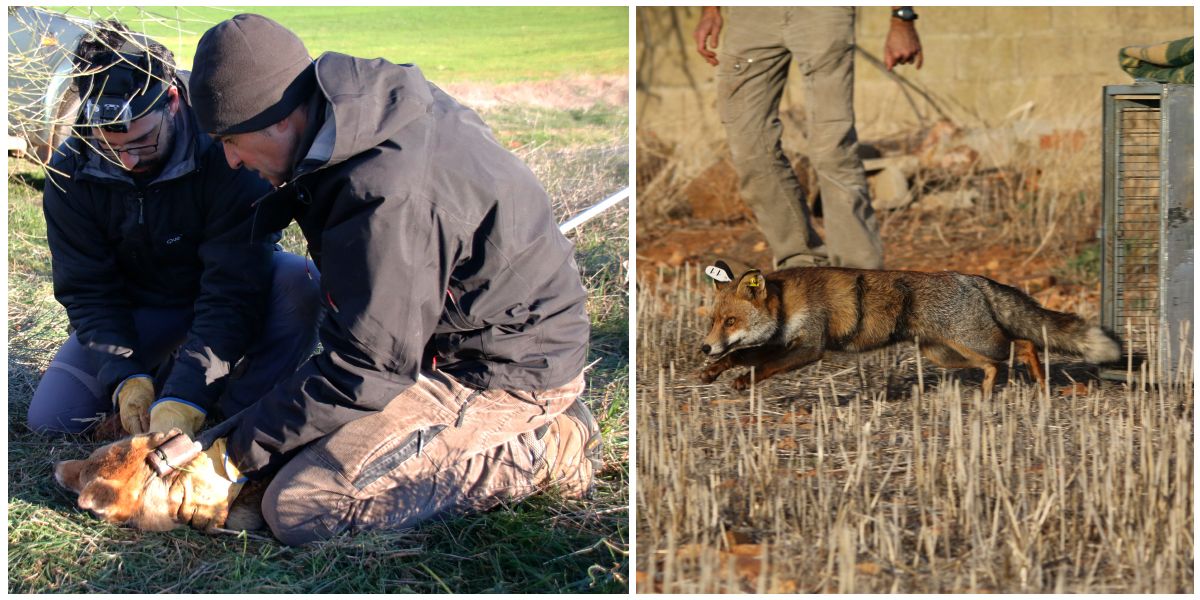 Capture for radio-tagging and subsequent liberation of one of the red foxes used in the research. 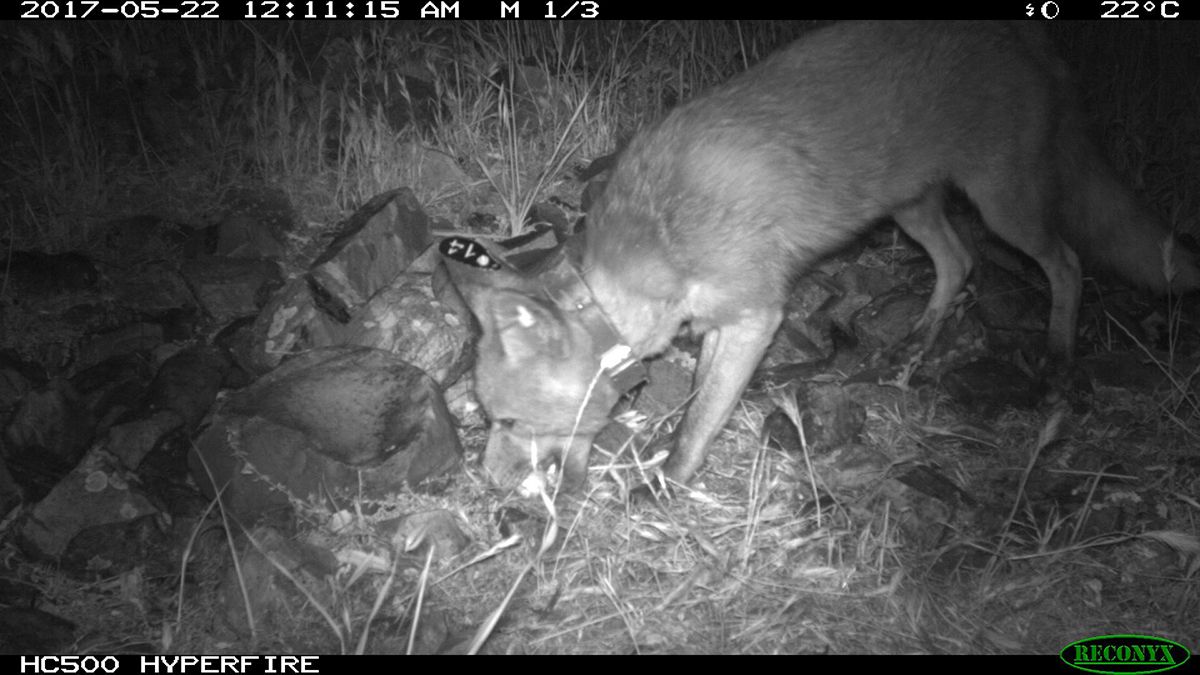 One of the red foxes tagged with GPS radio-collars is detected by a camera trap feeding on a partridge nest.

Results showed that CFA stopped the predation upon partridge nests by 78% of the conditioned foxes during the full laying season, and temporarily (for 20-46 days) in the remaining conditioned foxes. The partridge population responded positively to this reduction in the level of nest predation, increasing its productivity between 132 and 677% compared to the control zones, where the CFA was not applied. This increase in productivity caused the density of partridges to increase much more –between 193 and 292%– in the treatment zones than in the controls.

This research demonstrates that it is possible to generate CFA in wild canids, and that this technique could be used as a non-lethal alternative to predator control in game management and wildlife conservation to reduce the predation pressure on nests of red-legged partridge or other birds, improving the cost-effectiveness of the objective pursued with the control of predators. In addition, it opens the door to the potential use of this technique to alleviate the human-wildlife conflict derived from the predation of the wolf (Canis lupus) on domestic livestock, or to the conservation of some threatened ground-nesting birds, such as the capercaillie or the great or the little bustard. The use of this method can also contribute to reduce the control of predators and, especially, the use of illegal methods, such as the use of poisons, which has a very important negative effect on protected species of carnivores, raptors and scavengers.