The first estimate of the economic benefit derived from the cultural contributions of avian scavengers indicates that, in the Pyrenees alone, tourism around vultures mobilizes an average of 4.2 million euros per year

Non-material nature’s contributions to people are fundamental to human well-being, but they are very difficult to calculate. In the case of avian scavengers, we know that the regulatory services they provide to ecosystems are fundamental to society, as they consist of cleaning them of carcasses that would otherwise become waste and a source of diseases.

Thanks to this ecological role it has been estimated that, in Spain, vultures can eliminate up to 200 tons of bones and more than 8,300 tons of rotten meat every year, which saves the country an estimated 1.5 million euros. Furthermore, the artificial disposal of this waste would entail the emission of about 77,000 metric tons of carbon dioxide into the atmosphere and a cost for farmers, administrations and insurance companies of 47 million euros annually.

But in addition to the benefits that avian scavengers provide us by carrying out their natural function in ecosystems, vultures have a high value for the cultural services they provide in form of recreational, cultural and educational experiences linked to tourism. Watching these birds in their natural environment and/or at supplementary feeding sites can make important economic contributions to rural areas hosting this type of nature tourism. But what is the economic value of these contributions? 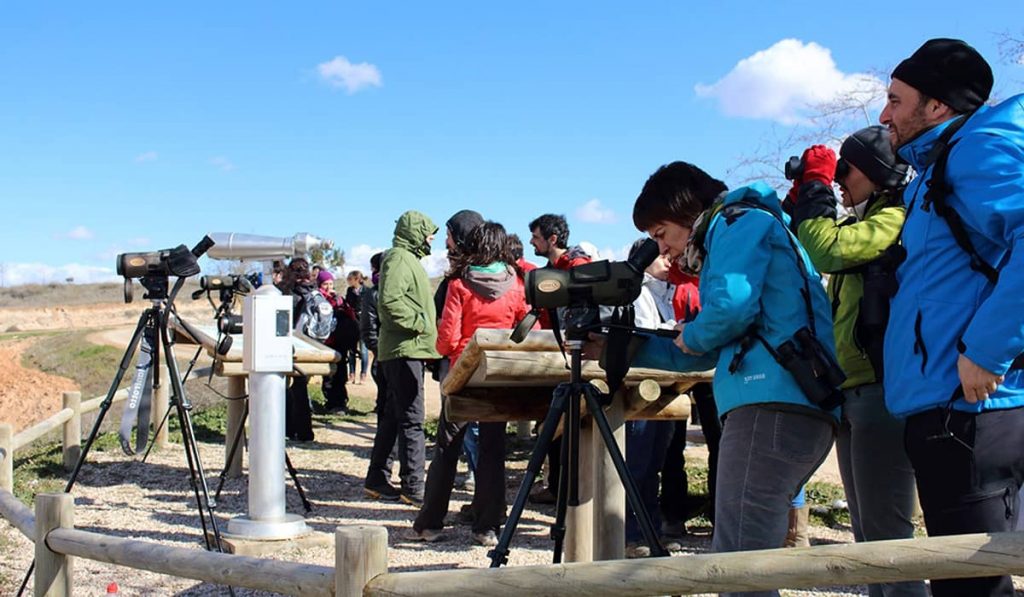 Spain is one of the most popular tourist destinations in Europe for ornithological tourism and, especially, for watching avian scavengers.

Scientists from the Universidad de Lleida (UdL), the Universidad Miguel Hernández de Elche and the Research Group in Game Resources and Wildlife Management of the Instituto de Investigación en Recursos Cinegéticos (IREC – CSIC, UCLM, JCCM), have quantified, for the first time in Europe, the benefits provided by cultural activities related to vultures, taking the nature tourism associated with avian scavengers in the Pyrenees as a study model.

Spain hosts more than 90% of the European breeding populations of cinereous vulture (Aegypius monachus), 90% of those of griffon vulture (Gyps fulvus), 88% of those of Egyptian vulture (Neophron percnopterus) and 63% of those of Bearded vulture (Gypaetus barbatus), making it one of the most popular European destinations for ornithological tourism and, especially, for watching avian scavengers. 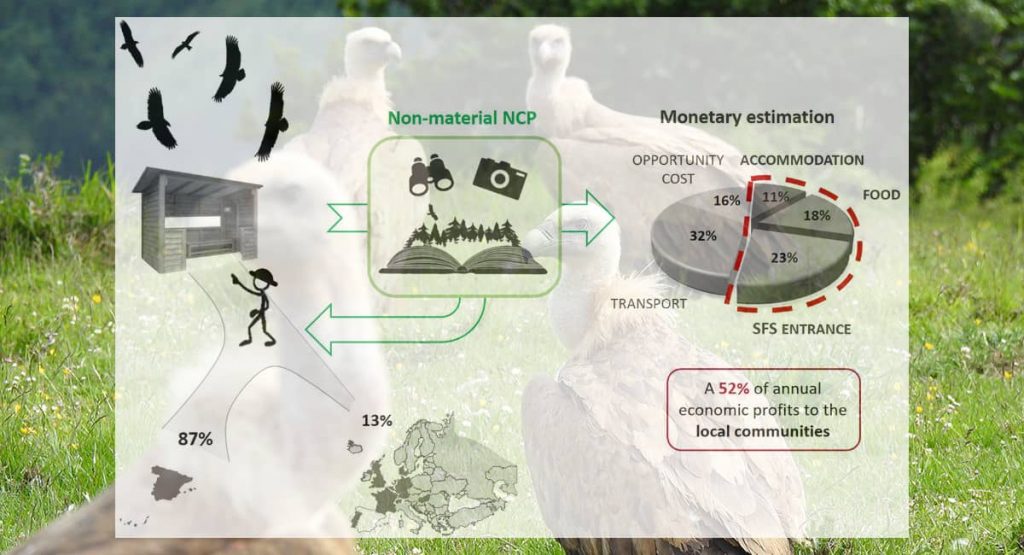 Schematic representation of the economic valuation of the non-material nature’s contributions to people provided by avian scavengers through recreational and educational activities at supplementary feeding sites in the Spanish Pyrenees.

The results of this work show that if aspects such as tourist travel costs, accommodation, food, the price of vulture observation activities and the length of stay are considered, it is clearly observed that tourism derived from the watching of avian scavengers constitutes an important source of economic income for the rural municipalities that host it. Therefore, far from the negative social perceptions that consider them as “presumed killers” of livestock, vultures can play a relevant role for the revitalization of depressed economies in mountain areas that are home to this important natural heritage.

“This shows that recreational and educational experiences based on avian scavenger-related tourism add cultural value to the regional landscape and make a real contribution to the income of local Pyrenean communities, injecting benefits annually“, the researchers emphasize.