Saving a wildlife species from extinction may depend on from the site conservation efforts, that is, the maintenance of some of its components outside their natural habitats. Generally, this form of conservation translates into captive breeding programs that allow periodic reintroductions into the natural environment.

However, many species of our wildlife do not adapt well to captive breeding, thus this option would not be effective as a method to avoid their extinction. Furthermore, if we wanted to save the 28,000 species of vertebrates that are currently threatened with extinction, the truth is that we would need to create a "Noah's Ark" so large and expensive that it would be unfeasible.

Fortunately, we have an from the site conservation alternative that allows keeping many “genetic copies” of our most threatened fauna in a small space: the Genetic Resource Banks (GRB).

BRGs are collections of genetic material, usually in the form of sperm and oocytes, that can be preserved for many years by cryopreservation, a process by which the reproductive cells that carry the valuable genes that are transmitted by reproduction to offspring –named germplasm– are frozen at very low temperatures, down to -196ºC. 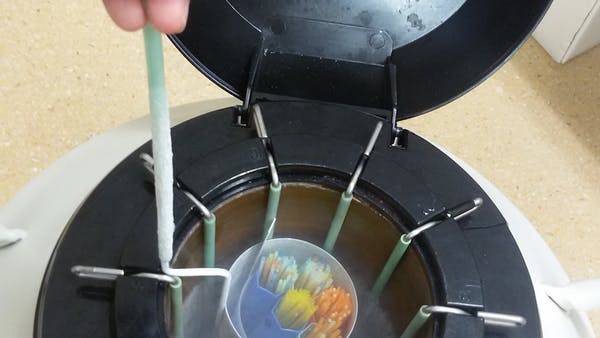 Through cryopreservation, which is usually done in liquid nitrogen tanks at a temperature of -196ºC, the cells enter a kind of lethargy, so that they remain alive but without suffering degradation until we need to use them, for example, in techniques of assisted reproduction for the restoration of threatened species through breeding programs.

But cryopreservation is not just freezing genetic material. In fact, we could say that cryopreservation is an art, since the conservation of the reproductive cells of different animal species requires the establishment of the most suitable specific protocol for freezing and thawing. This includes the identification of the most suitable cryoprotectants to prevent the reproductive cells and their germplasm from being damaged during the time they are deep-frozen.

In the case of birds of prey, cryopreservation techniques have serious limitations, since their sperm are especially vulnerable to damage during their handling and freezing/thawing process. If we add the fact that captive breeding programs of many threatened raptors are usually unsuccessful, we can get an idea of how important it is to optimize the cryopreservation processes of the germplasm of birds of prey to increase their chances of not disappearing.

For this reason, scientists from the Animal Reproduction Area of the Research Group in Health and Biotechnology (SaBio) of the Instituto de Investigación en Recursos Cinegéticos (IREC – CSIC, UCLM, JCCM) and from the Department of Animal Reproduction of the National Institute for Agricultural and Food Research and Technology (INIA), have developed a research study to improve the sperm cryopreservation protocol for birds of prey, using the peregrine falcon (Falco) as a study model. 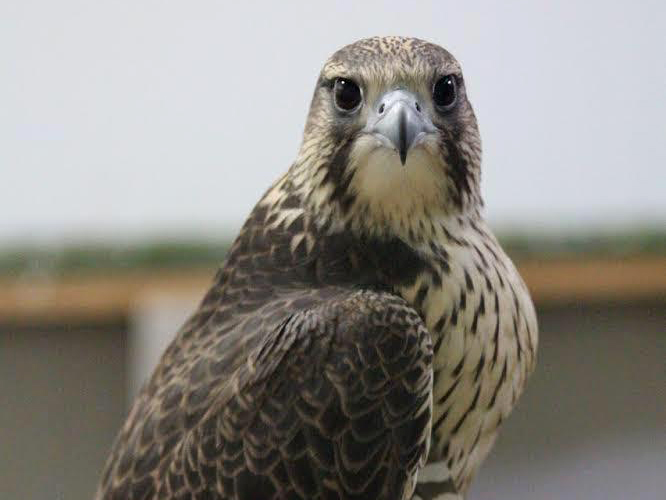 The peregrine falcon (Falco) has been used as a model species to optimize the sperm cryopreservation protocol for raptors.

Thanks to the company Sevilla Falcons S. L., the scientists obtained sperm samples from various male peregrine falcons by voluntary false copulation techniques or by abdominal massage. After evaluating serveral sperm quality parameters (such as motility, viability and percentage of spermatozoa, as well as DNA fragmentation), the samples were subjected to different treatments.

Specifically, they evaluated the effect on sperm of an ultrarapid freezing in pellets and a slow freezing in straws, the use of two types of cryoprotectants (dimethylacetamide or DMA and dimethylsulfoxide or DMSO, which protect sperm from degradation and sudden changes in temperature), and the effect of thawing at 5ºC for 1 minute and at 37ºC for 30 seconds.

The cryopreservation protocol that caused the least disturbance on semen quality parameters of the peregrine falcons was the one that included a slow freezing in straws and DMSO as a cryoprotectant. Therefore, both the freezing method and the type of cryoprotectant utilized were identified as critical steps in the process of sperm cryopreservation for birds of prey.

These results represent an outstanding contribution in the field of animal reproduction related to the sperm cryobiology of raptors, and contribute to build a valuable "Noah's Ark" for the conservation of our most threatened birds of prey.