We examined copulatory behaviour in the Bonelli´s Eagle (Aquila fasciata) at nesting sites in the eastern zone of the Baetic Cordillera, southern Spain, between 2010 and 2012. We observed the copulatory behaviour of 15 pairs during the pre-laying period. Bonelli´s Eagles commenced sexual activity ca. 69 days before egg-laying. Ninety-six percent of mounting attempts were successful. Bonelli´s Eagle pairs averaged 99.8 copulation attempts per clutch, with an average copulation frequency of 0.86 copulation attempts per day. Pairs displayed a daily bimodal pattern of copulation activity, with copulations occurring most frequently in the evening. We used our data to test three predictions with regard to the paternity assurance hypothesis. Prediction 1, that within-pair copulations increase with local breeding density, was rejected because our models showed no evidence for it. Prediction 2, that within-pair copulations increase during the female fertile period, was marginally supported. Finally, Prediction 3, that mate attendance increases during the female fertile period, was also rejected because mate-guarding did not increase as the fertile period approached. However, mate-guarding was positively correlated with within-pair copulation frequency. Moderate copulation rates compared to other raptors and the absence of mate-guarding suggest that, in the study area, Bonelli´s Eagles exhibit only partially adaptive behaviour to assure their paternity. A possible explanation could be related to the low number of extra-pair encounters observed (opportunities for which appear to be rare), although the gradual increase in within-pair copulations during the female fertile period is consistent with the sperm competition hypothesis. The results are discussed based on the signalling hypothesis, which proposes that raptors signal territory ownership to conspecifics, and possibly to other raptor species, by copulating frequently and conspicuously in the defended nesting area. 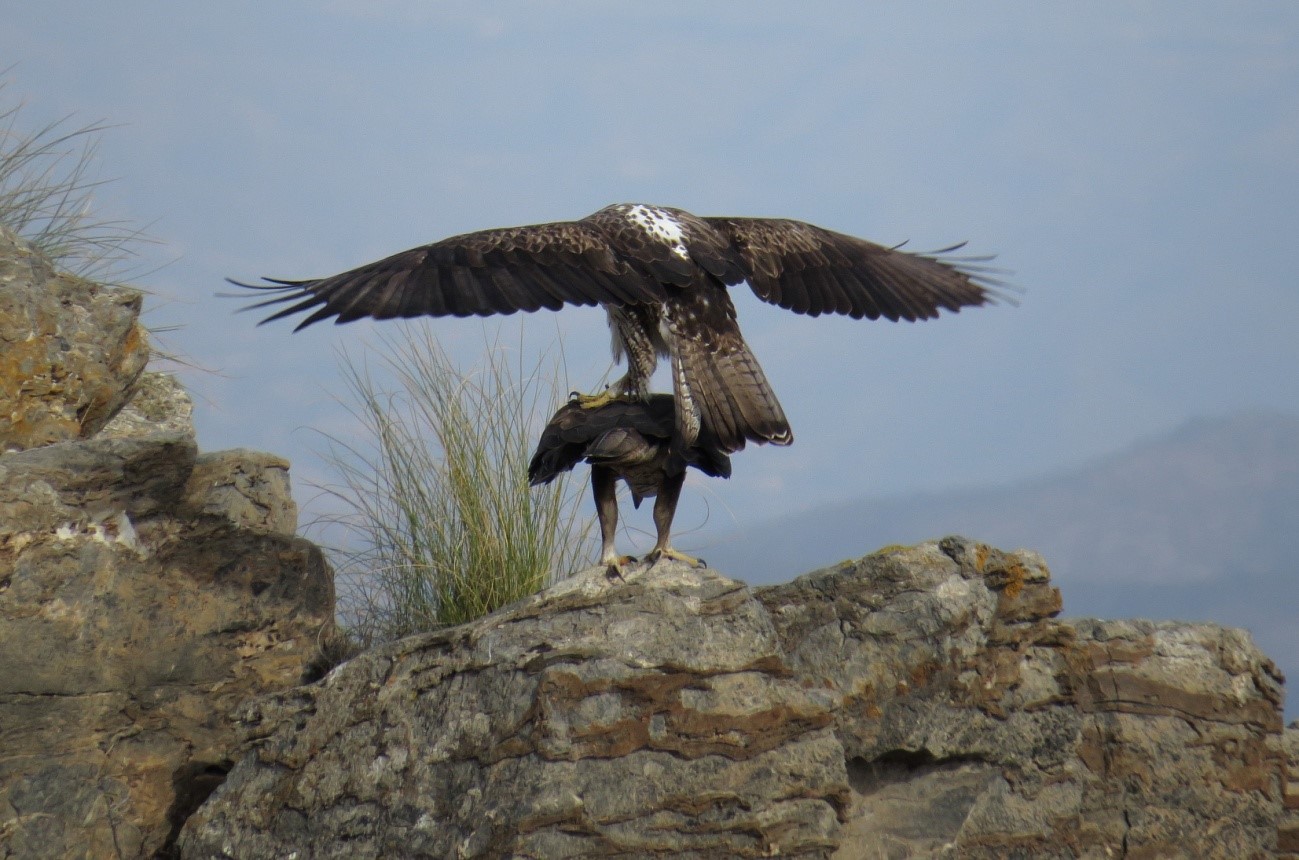