A new research work contributes to a better understanding of the effects of habitat fragmentation on species with cyclical dynamics, using the common vole as a study model.

In today's society, the number and extension of roads for motor vehicles has reached unprecedented levels, increasing the ecological impact of the world's population during the last decades. Globally, roads cover more than 20% of the earth's surface, while almost half of any European location is located within 1.5 km of the nearest transport infrastructure.

The effects of roads on wild animals are diverse, and range from preventing their movement to new areas, modifying their behavior in order to avoid them, or mortality itself as a consequence road-killing. The result of all this is an increase in the fragmentation of habitats and the isolation of populations, which could have important implications on the genetic health of populations and ultimately compromise their long-term viability.

The degree of affectation of these infrastructures on the species will depend on multiple aspects, such as the road type, the presence of wildlife crossings or the traffic volume. On the contrary, this affectation will be dampened for those species with large movement skills or significant fluctuations in their population size over time, which could also limit our ability to detect such effects.

Knowing how roads affect species with cyclical dynamics is essential, especially when it comes to species with important socio-economic repercussions such as the common vole (Microtus arvalis). The correct identification of these barriers, apart from its scientific interest, could help to predict and control the spread of diseases related to voles, such as tularemia or Q fever, with potential impact on human health. These data on the dispersal of the species would also be extremely useful to contain the pest at certain times, restrict it to certain areas and minimize its impacts on agriculture. 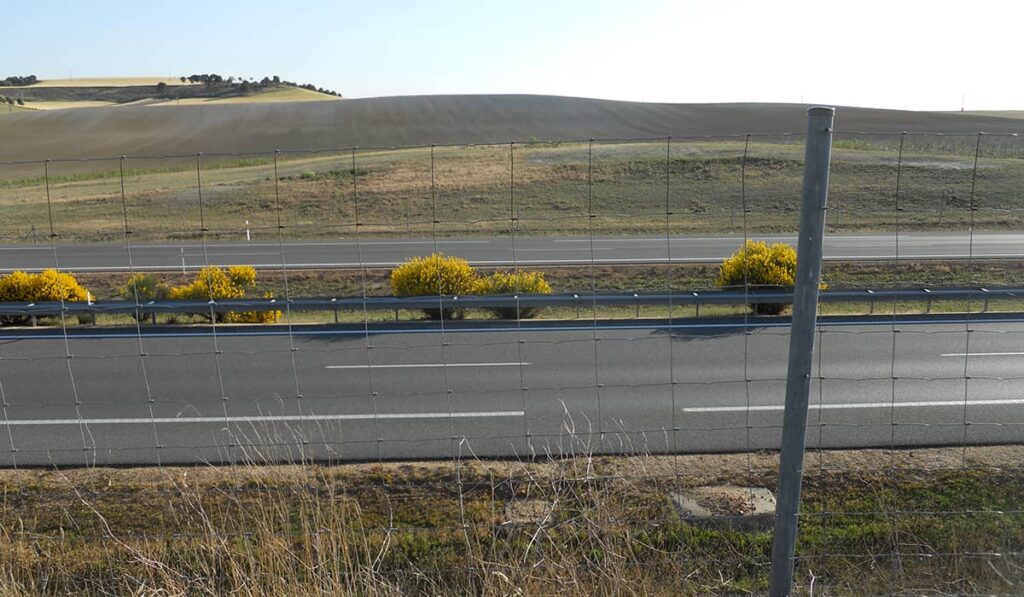 Study area crossed by a highway.

Thanks to a project of the National plan (MOVITOPI-CGL2015-71255-P) co-financed by the European Social Fund, scientists from the Research Group in Game Resources and Wildlife Management of the Instituto de Investigación en Recursos Cinegéticos (IREC – CSIC, UCLM, JCCM), in collaboration with researchers from the Autonomous University of Madrid and the University of Tasmania (Australia), have studied the effect of roads on the populations of common voles in different localities of the northern plateau of the Iberian Peninsula, specifically in the region of Tierra de Campos, a predominantly agricultural area of Castilla y León.

During the summer of 2017, the year after an important population peak, 1,757 voles were captured in 30 sampling areas crossed by different types of infrastructure, such as rural roads, national highways and highways, in a spatially paired design in order to avoid potential confusion between the intrinsic characteristics of the populations and the possible roads effects. Genetic material (nuclear DNA) was extracted from the biological samples of the animals and a large number of genetic parameters were obtained, such as the kinship relationships between captured individuals or the populations genetic diversity. 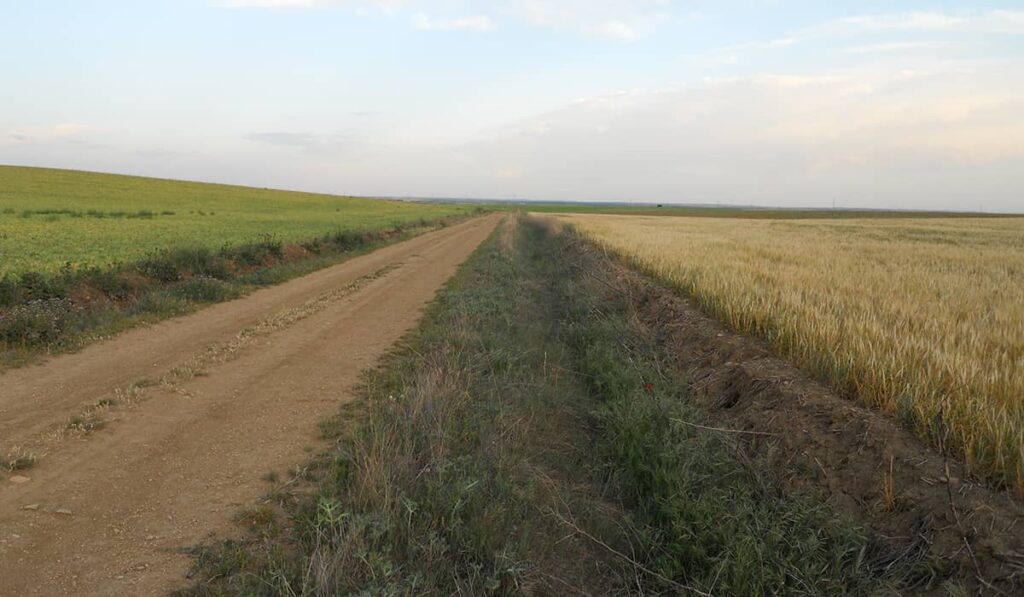 After the statistical treatment of the data, scientists could not find genetic differences between the populations that could be attributable to the presence of roads. One of the explanations proposed by the researchers for this apparent absence of effect would be that the voles, coinciding with the recurrent episodes of population peaks that suffer every 3-5 years, would in turn suffer massive dispersal episodes, homogenizing the populations and mitigating the possible impact of fragmentation by roads. Another possible explanation would be that the roads studied, between 8 and 61 years old, have not been fragmenting populations long enough for this to be reflected in their genetic composition.

The present work contributes to a better understanding of the effects of habitat fragmentation on species with cyclical dynamics, as well as the importance of performing robust and spatially replicated designs in experimental sciences.