A new study evaluates camera trapping methods to estimate population density of wildlife species without patterns of spots on their body, such a the red deer, the wild boar and the red fox.

Improving our knowledge about wildlife is a key aspect nowadays. In this sense, camera trapping use of small photographic cameras that are activated automatically when an animal passes in front of them) is presented as a tool with great potential for the study of wildlife. Its range of applications is already very wide, and in fact, it has been recently described a new procedure for the study of the movement and behavior of wildlife.

Now, researchers from the Research Group in Health and Biotechnology (SaBio) of the Instituto de Investigación en Recursos Cinegéticos (IREC – CSIC, UCLM, JCCM), in collaboration with scientists from the Institute of Zoology of the Zoological Society of London, have evaluated the potential of this tool to estimate the population density (number of individuals per area) of carnivores and ungulates, specifically of species without patterns of spots on their body.

Traditionally, estimations of population densities or abundances (that is, absolute number of individuals in a population) obtained by camera trapping were based on the individual identification of animals. That is, individualize each of the registered animals based on the unique and exclusive pattern of spots on their body. For example, it is well known that there are no two zebras with the same black and white striped pattern, and therefore each animal has a unique pattern.

Thus, these methods have been very useful for species as emblematic of the Iberian fauna as the Iberian Lynx (Lynx pardinus), but they could not be used in species without patterns of spots on their body, which really are the majority, such as hares, rabbits, foxes, wolves, bears, badgers, wild boars and deer, among others. 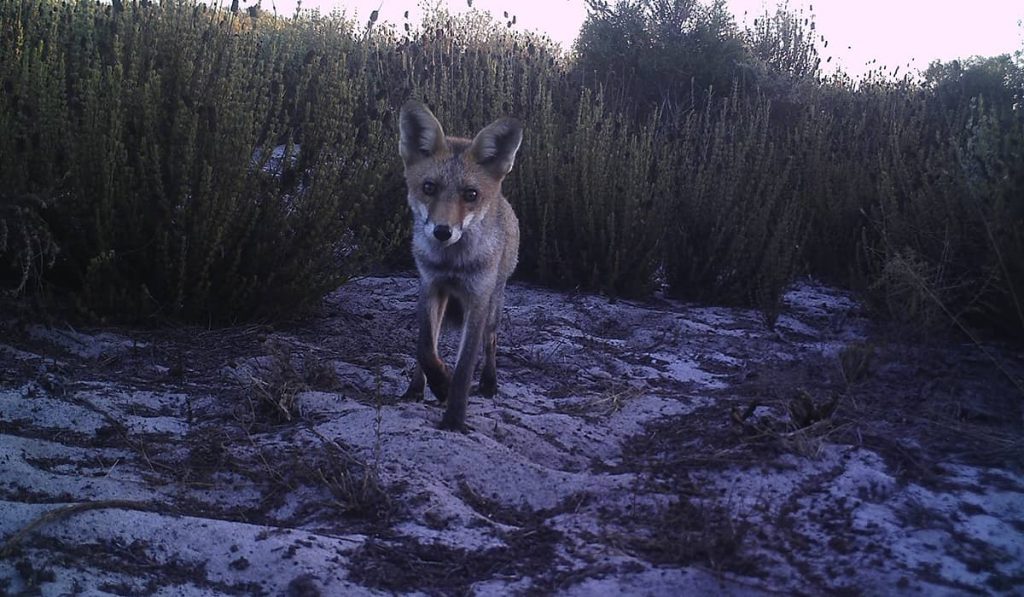 Image of a fox (Vulpes vulpes) photographed during the study in the Doñana Biological Reserve.

In this study, this barrier has been overcome, and population densities have been calculated for three species without patterns of spots on their bodies: the red fox (Vulpes vulpes), the wild boar (Sus scrofa) and the red deer (Cervus elaphus). In addition, it has been done by applying three different methods. These methods, in addition to the photographic number of each species, also take into account the movement of individuals and the detection capacity of the camera traps, as the ability of a camera to detect animals is influenced by many variables, such as the size of the animal, the vegetation or the camera model. 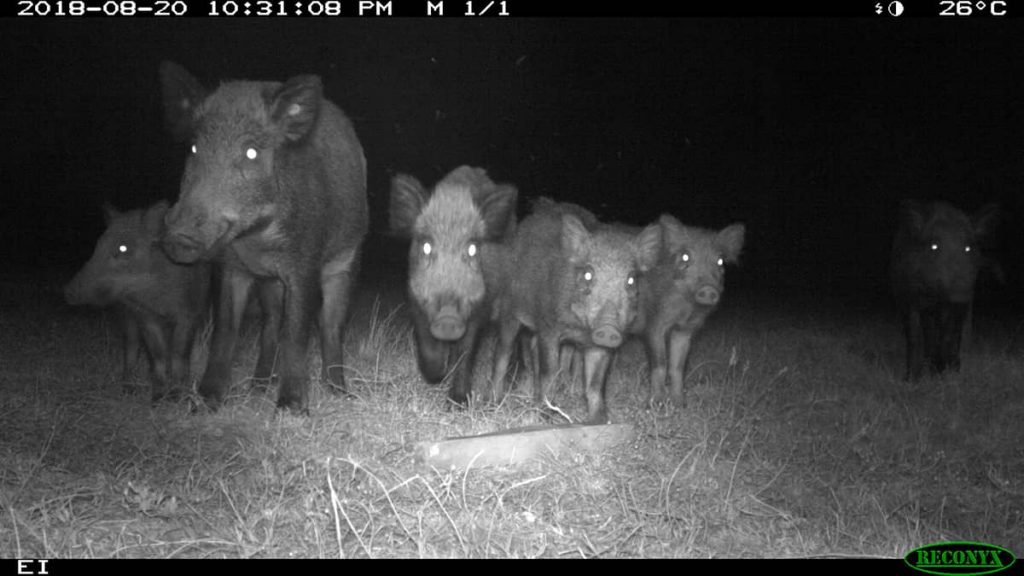 Group of wild boar (Sus scrofa) recorded by a camera. Knowing the population density of this species is a priority due to its current situation of expansion, overabundance and epidemiological relevance in diseases such as tuberculosis and African swine fever.

The results, published in the Journal of Applied Ecology, show that the density values obtained by the three evaluated methods are consistent with each other in 5 of the 6 sampled populations. In addition, it is discussed which method is the most recommended in each situation. Regarding the specific density values, in the sampled farm in Montes de Toledo the densities of deer, wild boar and fox were 30, 6 and 0.5 individuals per km2, while in the Doñana Biological Reserve they were 15 ind/km2 (red deer), 9 ind./km2 (wild boar) y 1.5 ind./km2 (red fox). 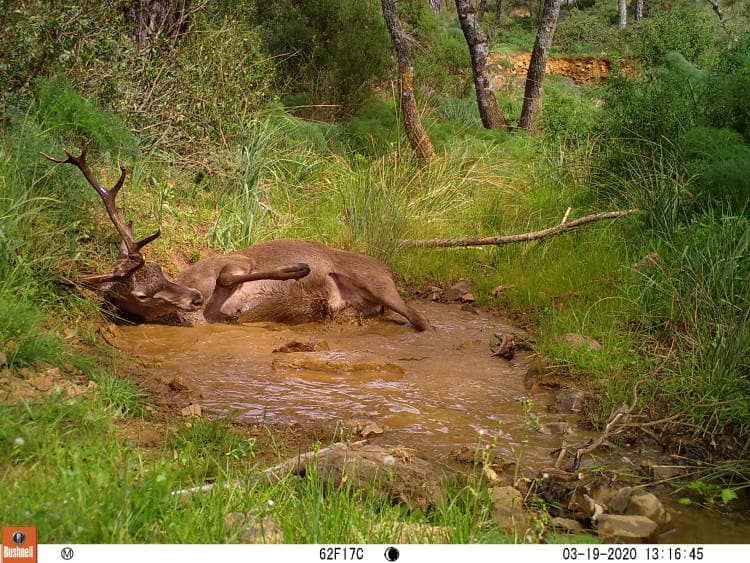 Red deer (Cervus elaphus) recorded by a camera trap in a waterhole.