Vultures and condors are among the most threatened avian species in the world due to the impacts of human activities. As necrophagous birds, vultures have always provided farmers and society in general with a free service of enormous ecological and sanitary value, since their function is to "clean" our ecosystems of carcasses that would otherwise become waste and a source of diseases. However, this ancient alliance is seriously threatened by the negative social perceptions of these birds, since some vulture species have been historically blamed for killing live and healthy livestock.

Despite limited empirical support for these assertions, the negative perception of vultures is associated to a growing conflict that may contribute to putting their conservation at risk. This conflict has increased in recent years owing to a viral spread of partial and biased information, through misinterpretations and the general misuse of the subject by the media and in social media.

Thus, 20 international experts in the ecology of vultures and condors from 17 scientific institutions, among them the Research Group in Game Resources and Wildlife Management of the Instituto de Investigación en Recursos Cinegéticos (IREC – CSIC, UCLM, JCCM), have reviewed the conflict derived from the social perception of these avian scavengers as "presumed killers" of livestock. 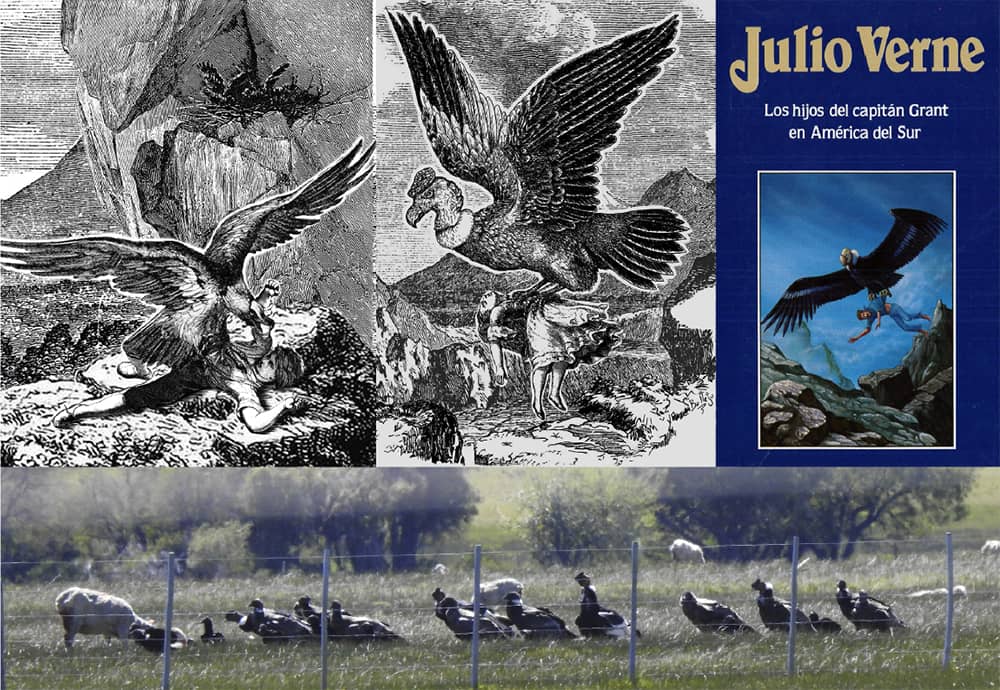 Representations of vultures and condors attacking people were common a century ago and were even part of famous books. Currently, “fake news” and biased images and videos negatively contribute to the negative social perception about vultures worldwide, becoming to be considered as “livestock killing birds”. In fact, the real number of cases in which the intake of an animal that is still alive by vultures is detected, cases that are always associated with non-supervised animals with a very unfavorable vital diagnosis due to other causes, is extremely low, and vultures are never identified as the primary cause of death.

In this review, researchers highlight that magnifying infrequent events of livestock being injured by vultures, through publically shared videos or biased news items, negatively impact efforts to conserve threatened populations of avian scavengers.

Thus, they encourage policy-makers, environmental agencies, researchers and practitioners of the different sectors involved (veterinarians, farmers, journalists, etc.) to evaluate the reliability, frequency, and context of reports of vulture predation, weighing those results against the diverse and valuable contributions of vultures to environmental health and human well-being. 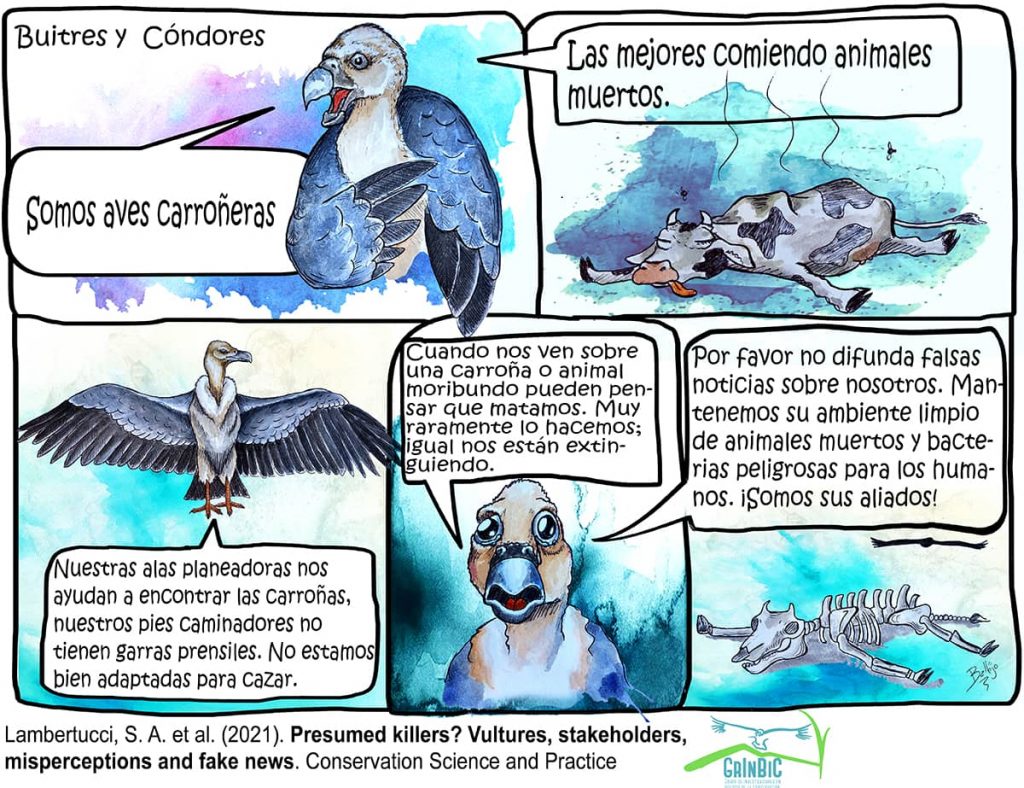 In this illustration, vultures tell us about their valuable role in ecosystems, that they have not precisely evolved to hunt, and about how “fake news” and misinterpretations can constitute a threat to their conservation. In Spain, it has been estimated that vultures can eliminate up to 200 tons of bones and more than 8,300 tons of rotten meat every year, which saves the country an estimated 1.5 million euros. The artificial disposal of this waste would entail the emission of about 77,000 metric tons of carbon dioxide into the atmosphere and a cost for farmers, administrations and insurance companies of 47 million euros annually.

Scientists also encourage the urgent development of awareness campaigns on this conflict as a key tool for the conservation of avian scavengers, as well as improved livestock management practices, including commonly available nonlethal deterrence strategies, if needed. These actions are urgently required to allow the development of a more effective conservation strategy for vultures worldwide. 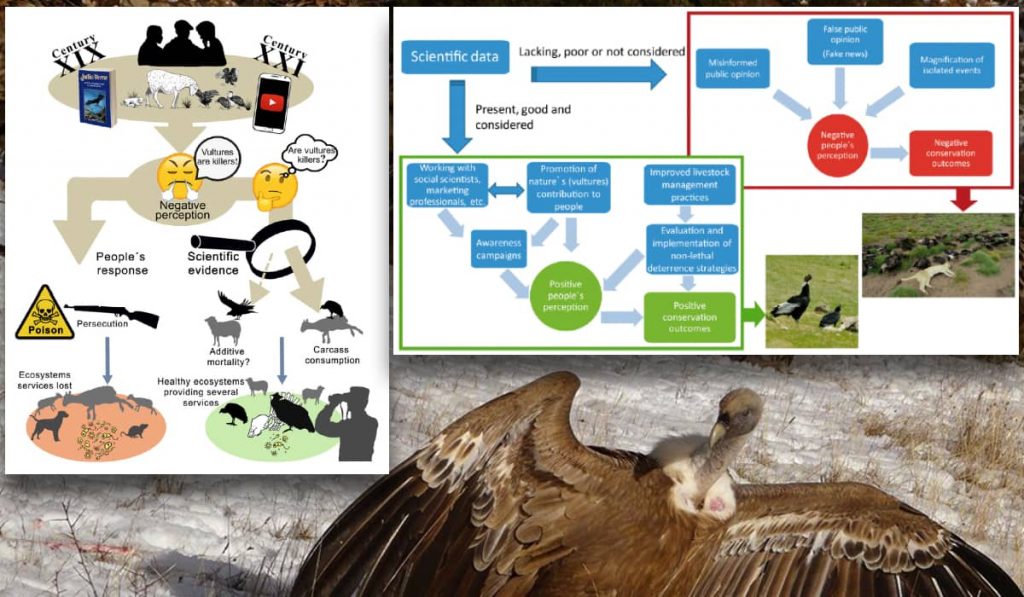 The graph at the left shows a simplified version of the two overall situations that can happen due to a negative perception, based on partial and biased news items and misinterpretations, and due to a positive perception, based on scientific evidences and the benefits provided by vultures to ecosystems and people. The graph at the right shows the potential scenarios of people perceptions on vultures depending on the availability and consideration of scientific socio-ecological information.