Tularemia is endemic to Northwest Spain where human case numbers increase during common vole (Microtus arvalis) outbreaks in agricultural landscapes. There, common voles are frequently infected by Francisella tularensis, the Etiologic Agent of tularemia, and also by Bartonella spp.particularly at high vole densities. Both zoonotic pathogens can be transmitted by arthropods, in particular fleas, which are the main ectoparasite of common voles in this region. In this study, we screened the DNA extracted from 191 fleas of two species (Ctenophthalmus apertus and Nosopsyllus fasciatus), collected from 90 live common voles from in Northwest Spain. Through molecular analyses we looked for prevalence of F. tularensis and other zoonotic bacteria among fleas, including: Bartonella, Borrelia, Coxiella, Anaplasma and Rickettsia. We only detected F. tularensis and Bartonella spp.. in fleas. A total of 3.3% of voles carried F. tularensis-positive fleas, all these voles being F. tularensispositive F. tularensis. Additionally, 31% of voles carried Bartonella-positive fleas, but just half of these hosts were Bartonella-positive voles. Both bacteria were detected in C. apertus and B. fasciatus, so both flea species could potentially act as vectors for tularemia and Bartonella infections. Yet, our results suggest that the role of fleas is very different for the transmission cycles of F. tularensis and Bartonella in the region. 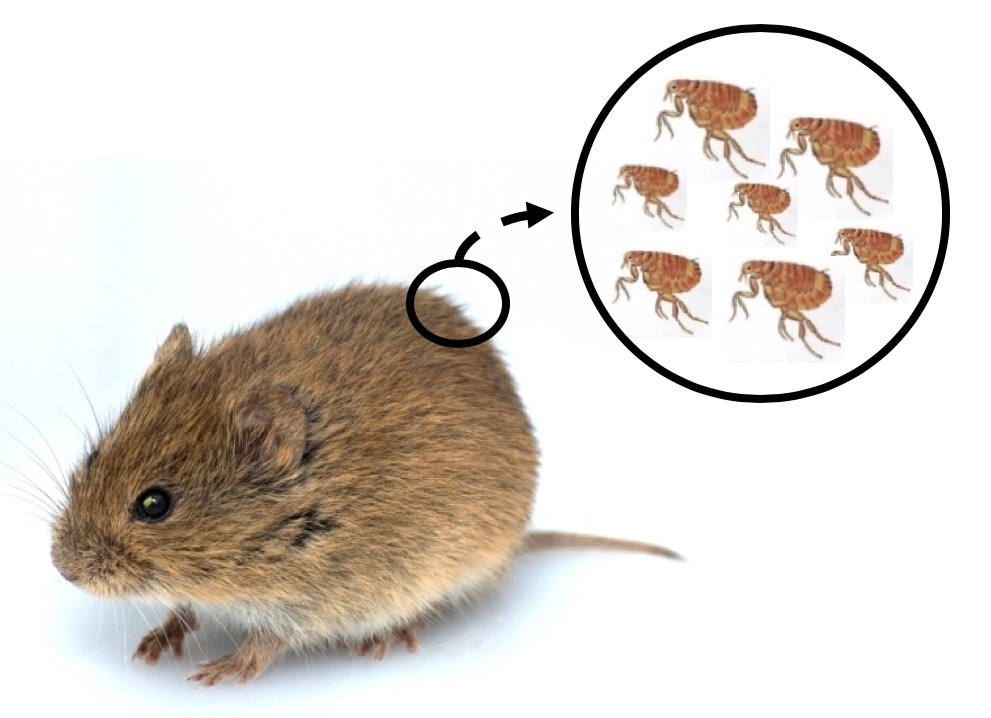