Tuberculosis against salmonellosis: A study shows that exposure to inactivated mycobacteria have positive clinical, pathological and immunological effects against other bacterial pathogens in pigs

What if an immunostimulant based on the bacterium Mycobacterium bovis –the cause of animal tuberculosis– could help protect against salmonellosis? Scientists from the Instituto de Investigación en Recursos Cinegéticos (IREC – CSIC, UCLM, JCCM), the Universidad de Córdoba, the Center for Veterinary Health Surveillance (VISAVET) of the Universidad Complutense de Madrid and the Instituto Vasco de Investigación y Desarrollo Agrario (NEIKER) have used heat-inactivated M. bovis against salmonellosis caused by Salmonella enterica serovar Choleraesuis (S. choleraesuis) in pigs. To do this, they have taken advantage of a non-specific protection mechanism called “trained immunity”. 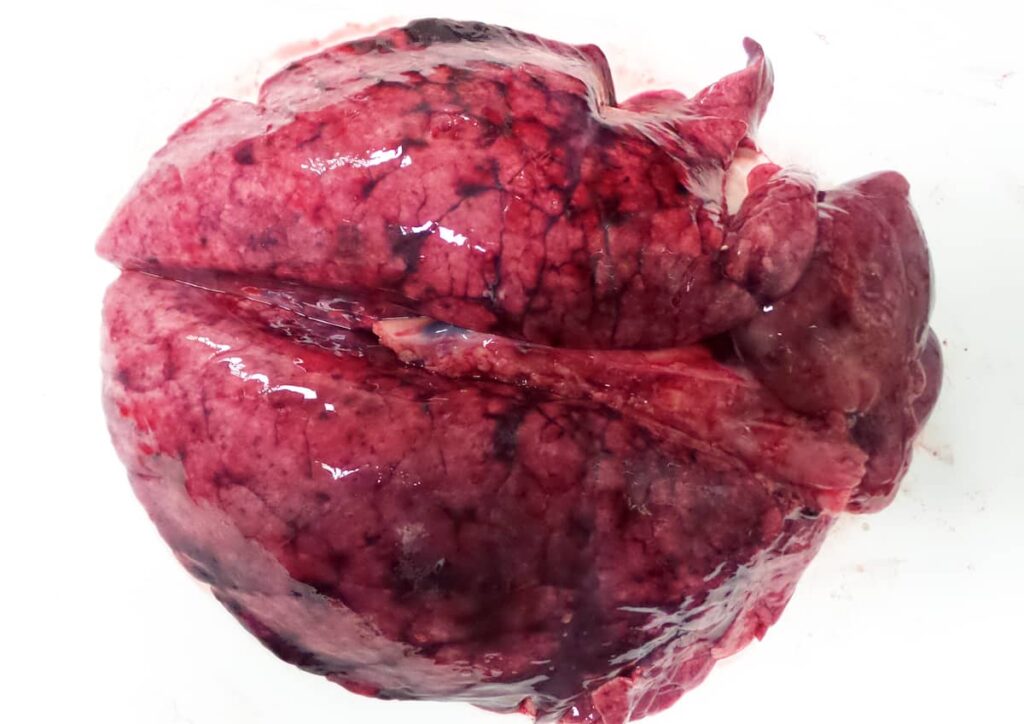 Infection by Salmonella enterica serovar Choleraesuis in pigs can can lead to septicaemia and interstitial pneumonia, with non-collapsed heavy lungs with a rubbery texture, as well as oedema and hemorrhages.

Trained immunity is the capacity of innate immune cells, such as macrophages, to produce an improved response against a secondary infection after a previous unrelated infection. Salmonellosis represents a public health issue that causes economic losses in animal production and vaccination against salmonellosis is still facing problems regarding the control of distinct serovars.

In the experiment, pigs receiving the immunostimulant had improved weight gain and reduced respiratory symptoms and pulmonary lesions. The immunostimulant reduced indicators of oxidative stress and increased the production of cytokines, which are important immune mediators. 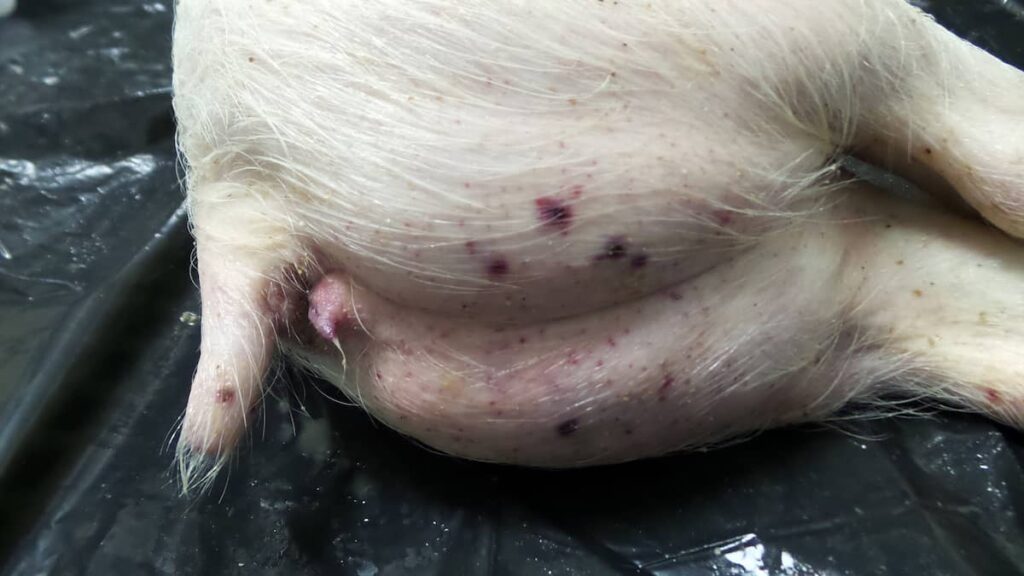 Infection by Salmonella enterica serovar Choleraesuis in pigs can lead to the appearance of cyanotic lesions on the tips of the ears, distal parts of the limbs, tail, chest or abdomen. Usually, these animals also present high fever, apathy and respiratory and digestive signs.

The result suggests that exposure to inactivated mycobacteria have positive clinical, pathological and immunological effects against other bacterial pathogens. This opens the door to more studies on mycobacteria and trained immunity, which are being carried out at IREC within the framework of the MYCOTRAINING project (SBPLY/180501/000174) financed by the Regional R&amp;D Plan of Castilla-La Mancha and EU-FEDER funds.

The Research Group in Health and Biotechnology (SaBio) of the IREC also receives support from the Universidad de Castilla-La Mancha (UCLM) through funding for research groups and pre-doctoral training contracts co-financed by the European Social Fund (ESF).