Waterbirds, through their fecal and renal excreta, play an important role as transfer vectors of nutrients, trace elements and pollutants in aquatic ecosystems. In particular, nesting colonies of waterbirds may become pollution hotspots due to the high density of individuals that can congregate.

Understanding how aquatic bird colonies affect the dynamic of nutrients and potentially polluting elements in the ecosystems in which they are concentrated is essential for the management and conservation of these areas, especially of natural areas sensitive to changes and affected by human activities, as is the case of many wetlands in the Mancha Húmeda, including the Tablas de Daimiel National Park.

The Tablas de Daimiel suffered a long period of drought between 2005 and 2010, but later recovered due to a period of extensive rainfalls, considerably increasing its flooded area. This water recovery resulted in a considerable bloom of its biodiversity. In fact, populations of piscivorous waterbirds, specifically herons and cormorants, tripled over the subsequent four years. 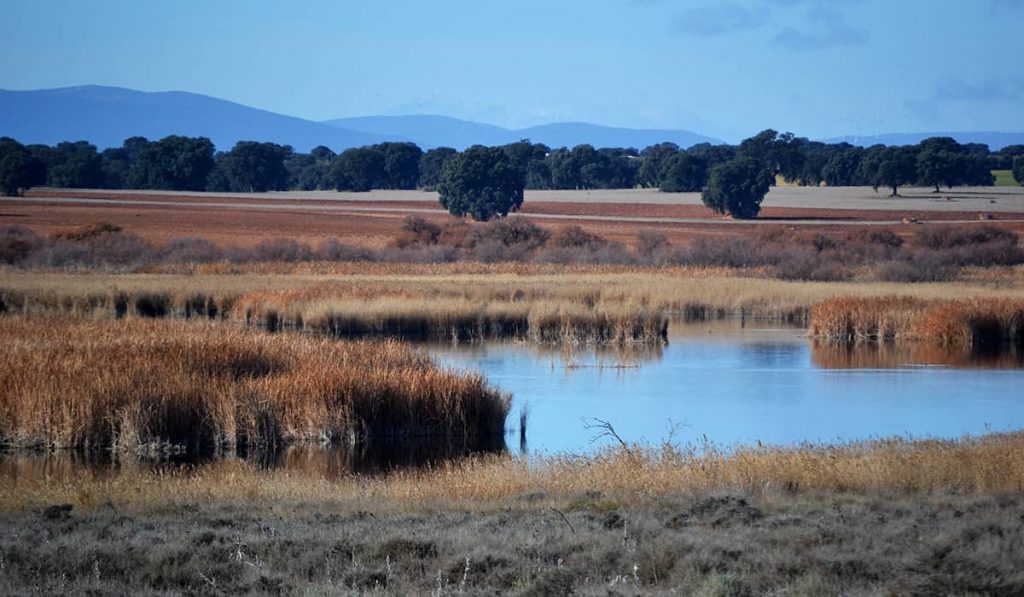 Because of this, scientists from the Centro Regional de Estudios del Agua (CREA), the Faculty of Environmental Sciences and Biochemistry of the Universidad de Castilla-La Mancha (UCLM), the Technological University of Chocó “Diego Luis Córdoba” (Colombia) and the Research Group in Wildlife Toxicology of the Instituto de Investigación en Recursos Cinegéticos (IREC – CSIC, UCLM, JCCM), have developed a research work to find out whether the increase of heron and cormorant populations between 2010 and 2014 may have contributed to increase the inputs of nutrients and potentially polluting trace metals in the sediments of the Tablas de Daimiel. In addition, this research compares these loadings with the values observed in the Navaseca Pond, a wetland located close to the Tablas de Daimiel which receives the effluent of a wastewater treatment plant and also has a dense bird population.

Results of the study show that sediments of the Navaseca Pond and from one site that is affected by heron colonies in the Tablas de Daimiel National Park had the highest concentrations of organic matter, organic carbon, nitrogen, phosphorus and various trace elements, revealing the importance of wastewater and bird droppings, respectively, as sources of nutrients, trace elements and potentially polluting substances in the annual input received in these wetlands. 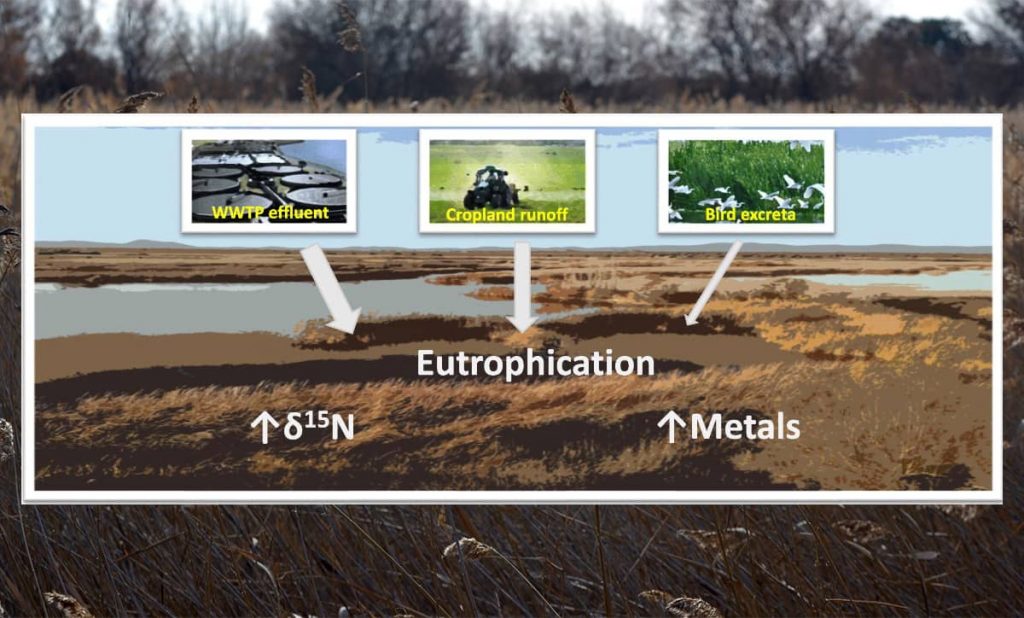 Graphical abstract of the research work