Conditioned food aversion could be used as a non-lethal tool to reduce predation and contribute to the recovery of European wild rabbit populations, a key prey species in Mediterranean ecosystems.

The dramatic and continuous reduction of wild populations of the European wild rabbit (Oryctolagus cuniculus), mainly owing to diseases and the loss of suitable habitats, has motivated its declaration by the International Union for Conservation of Nature (IUCN) as an endangered species in the Iberian Peninsula. The rabbit, which paradoxically can be a pest species in certain agricultural areas, faces a threat status in forest environments –even with local extinctions–, thus it is urgent to adopt measures that contribute to improve its populations.

One of the most used measures to improve wild rabbit populations is that of translocations, which basically consist on capturing wild individuals in high-density areas to be released afterwards in areas of low density. One of the main factors conditioning the effectiveness of translocations is the high mortality of rabbits after release, in part due to predation, until they adapt to their new habitat. In fact, the red fox (Vulpes vulpes) and raptors (which are the main predators of rabbits) can capture up to 75% of the rabbits released over the first 2-3 weeks after a translocation. 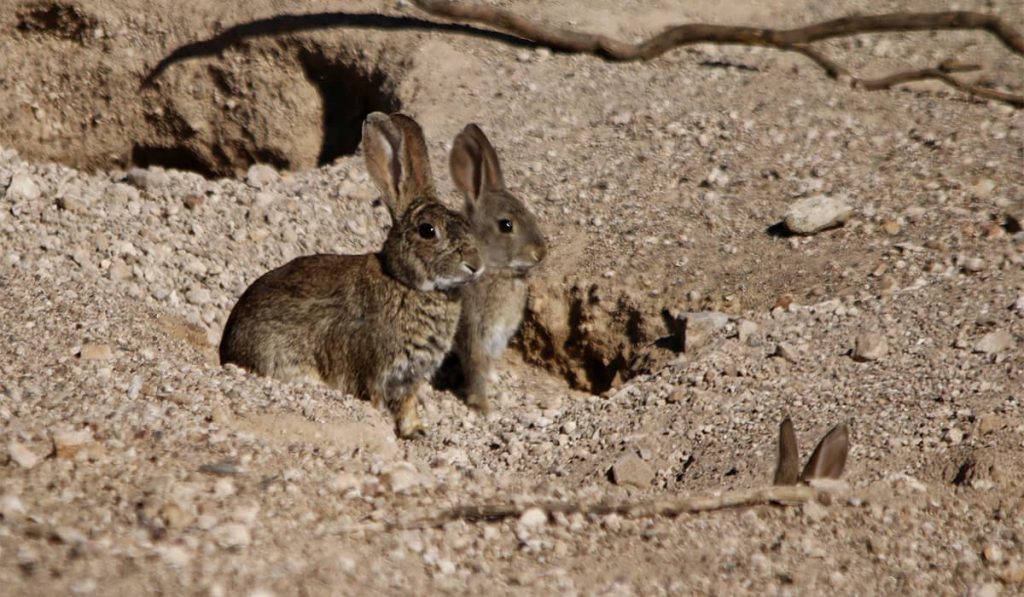 The European wild rabbit (Oryctolagus cuniculus) is a key prey species in Mediterranean ecosystems. Its conservation status is paradoxical, since it can be a pest species in certain agricultural areas but it is endangered in forest environments in the Iberian Peninsula.

Scientists from the Research Group in Game Resources and Wildlife Management of the Instituto de Investigación en Recursos Cinegéticos (IREC – CSIC, UCLM, JCCM) and the Instituto de Estudios Sociales Avanzados (IESA-CSIC), have assessed the use of conditioned food aversion as a tool to reduce the incidence of rabbit predation by the red fox after rabbit translocations.

Conditioned food aversion consists on using chemical substances in the prey (or in a surrogate) that produce an unpleasant adverse effect –vomiting, nausea and/or diarrhea– in the predator, so that it learns to reject this prey in later encounters. It is about triggering a survival mechanism that many animals develop to avoid the consumption of toxic or spoiled food once they have had a first bad experience.

This methodology, which has already been developed to protect nests of red-legged partridge from red fox predation by inducing an aversion to taste, has been used here by introducing a new variant: aversion to odor. It is about generating aversion to an artificial odor (in this case vanilla odor), causing the predator to avoid the areas with that odor, so that it allows protecting the specific areas where the artificial warrens are located to carry out rabbit translocations. 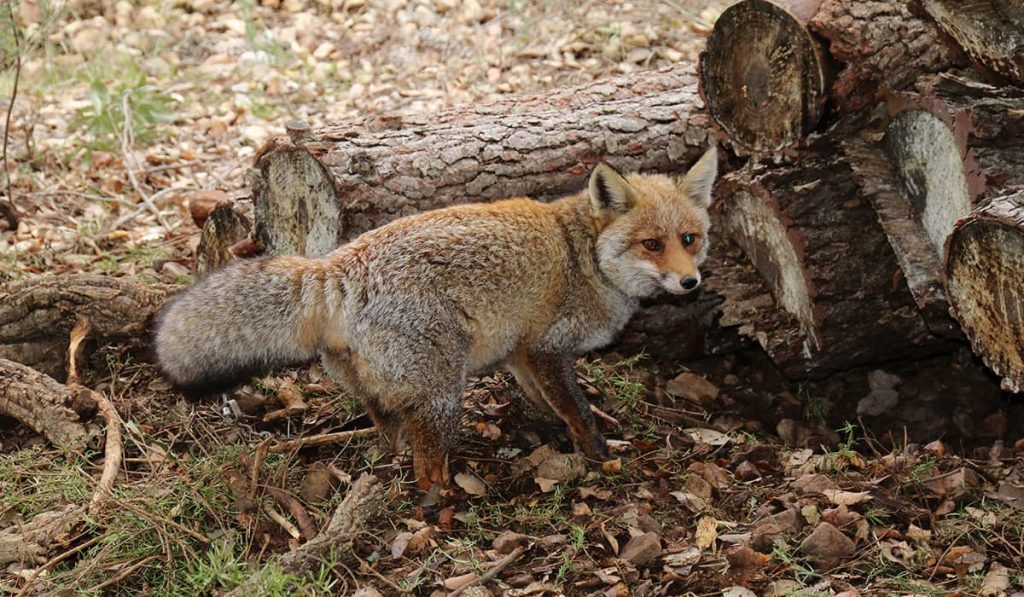 The red fox (Vulpes vulpes) is a generalist and opportunistic predator that includes the European wild rabbit in its menu, especially in areas where the lagomorph is abundant, so that it can significantly influence the effectiveness of translocations.

The experiment consisted on conditioning red foxes inhabiting forest areas in which rabbit translocations were to be carried out, creating aversion to vanilla odor by means of rabbit meat baits located in the treatment areas. After the rabbit translocation, all the entrances of the artificial warrens on the treatment plots were sprayed each week with the same vanilla solution used at the bait stations to keep its odor.

The response of rabbit population to the aversion treatment and translocation was evaluated using mathematical models to estimate its abundance, whereas rabbit establishment to its new habitat was assessed using a warren use index and rabbit survival through the monitoring of radio-collared rabbits. Results were compared with control areas in which translocations were carried out at the same time and similarly, but without generating conditioned food aversion. 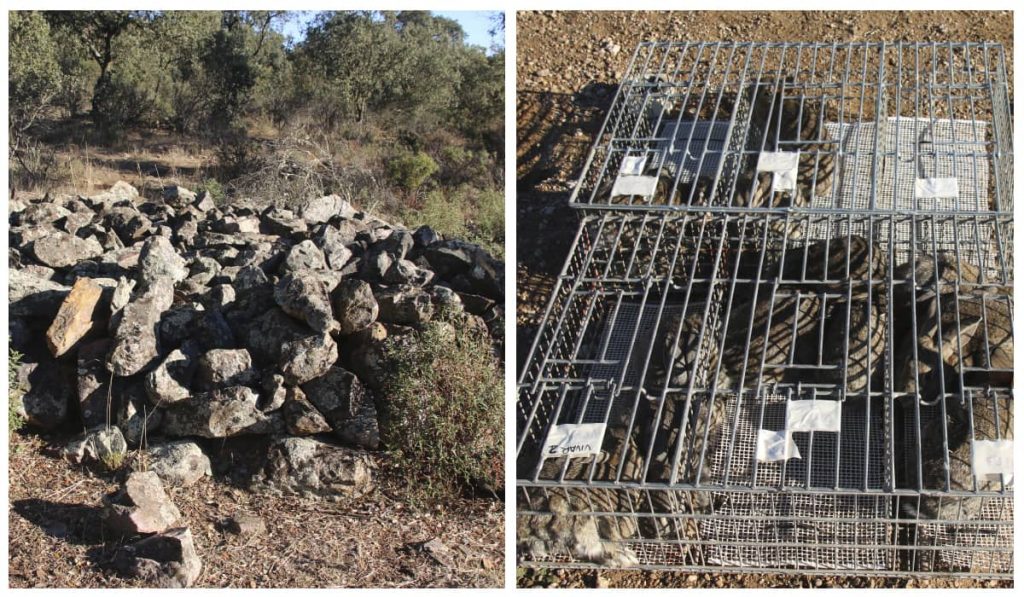 A total of 148 rabbits were distributed in artificial warrens with the odor cue and 68 of them were fitted with radio collars in order to determine their survival rates.

Therefore, this research work reveals that conditioned odor aversion can reduce rabbit predation by foxes, and can have a positive effect on rabbit population growth, improving significantly the effectiveness of translocations.

In a context of game management, this method could contribute to rabbit population recovery in natural areas of low abundance, without the inconveniences and risks of predator control methods affecting non-target and endangered predator species. In addition, it is not only applicable to the European wild rabbit, but it would also be useful for other vulnerable prey species that require translocations or that need to be protected in specific areas, such as breeding areas.

Finally, this method, used as a non-lethal tool to reduce predation and contribute to the recovery of a key prey species in Mediterranean ecosystems such as the rabbit, could be used to increase the success of recovery programs for endangered predator species that, such as the Iberian lynx (Lynx pardinus) or the Iberian imperial eagle (Aquila adalberti), find a fundamental trophic resource in the rabbit.