An experimental study with the eared dove, a South American granivorous bird, analyzes the repellency, anorexia and aversion effects caused by neonicotinoid substances on birds for their consideration in ecotoxicological risk assessment.

Both the consumption of neonicotinoid-treated seeds and the cotyledons (first leaf of the plant embryo) resulting from the treated seeds are a potential route of intoxication for wild granivorous birds. However, the avoidance of contaminated food is a natural behavior that can help reduce the amount of toxic substance ingested. For this reason, it is necessary to know precisely the repellent, anorexic and/or aversive affects caused by neonicotinoids on birds to properly refine and assess their ecotoxicological risk.

Scientists from the Research Group in Wildlife Toxicology of the Instituto de Investigación en Recursos Cinegéticos (IREC – CSIC, UCLM, JCCM), the Instituto Nacional de Tecnología Agropecuaria (INTA) from Argentina and the Instituto Nacional de Limnología (INALI) of the Consejo Nacional de Investigaciones Científicas y Técnicas (CONICET) from Argentina, have carried out three consecutive experiments with imidacloprid, clothianidin and thiamethoxam (which are among the most widely used neonicotinoid substances), using the eared dove (Zenaida auriculata), a South American granivorous bird, as an experimental model. 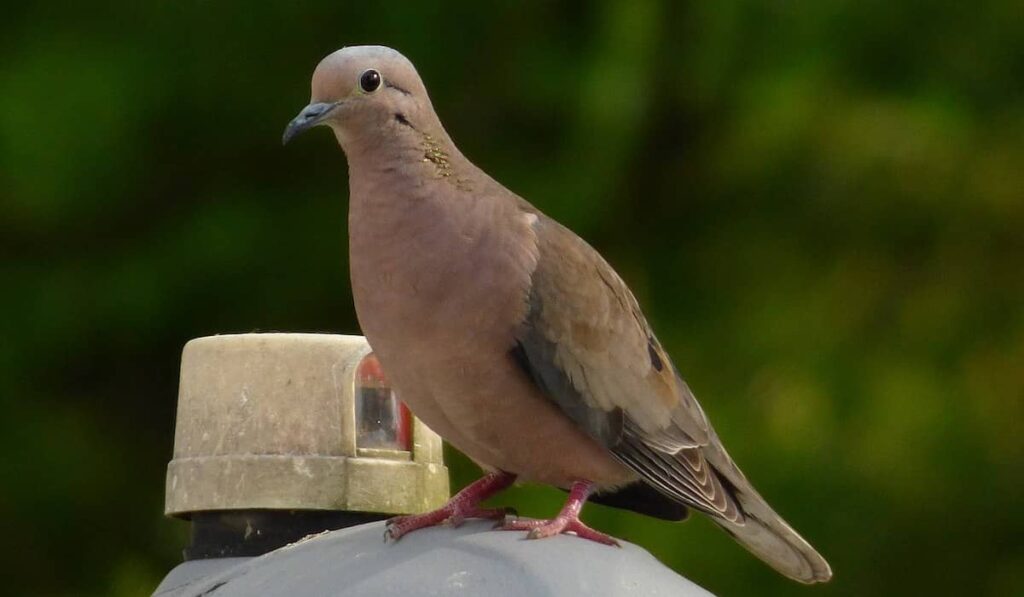 Neonicotinoids are neuroactive insecticides designed from nicotine. The eared dove was chosen as an experimental model due to its ecological traits, given that it is a common granivorous native species that can acclimatize to captivity, and it can consume both sorghum and soybean seeds and cotyledons (Photo: Alejandro Bayer Tamayo, licensed under CC BY-SA 2.0).

Their objectives were to assess the primary repellency (behavior of immediate rejection of contaminated food), the anorexia (lack of appetite caused by the toxic substance) and the secondary repellency or conditioned aversion (learned avoidance from an adverse effect caused by the chemical) to sorghum and soybean seeds, and soybean cotyledons treated with field doses of neonicotinoids, and to determine some of their adverse effects on exposed birds.

The results from the experiments show that, with sorghum, the three neonicotinoids produced a decrease in the consumption of treated seeds by 97% compared to control birds, possibly as a result of primary or secondary repellency. However, this effect was not enough to prevent the death by poisoning of 38% and 13% of the doves exposed to imidacloprid and clothianidin, respectively, or to avoid a clear effect of anorexia.

On the other hand, the birds did not avoid the untreated sorghum after exposure to the treated sorghum, indicating that avoidance is not generalized to the type of food without an associated sensory cue. This is an important aspect, since a generalization of the aversion would have major implications in the trophic ecology of granivorous birds.

In conclusion, this work shows that the consumption of sorghum seeds treated with neonicotinoids is an ecotoxicological risk for medium-sized granivorous species such as the eared dove. Although birds may show an aversion to treated seed, ingestion of small amounts is sufficient to cause anorexia, neurological disturbances and death. All of these effects observed under experimental conditions may have important implications for bird ecology under field conditions and should be taken into account in the environmental risk assessment of these chemicals. 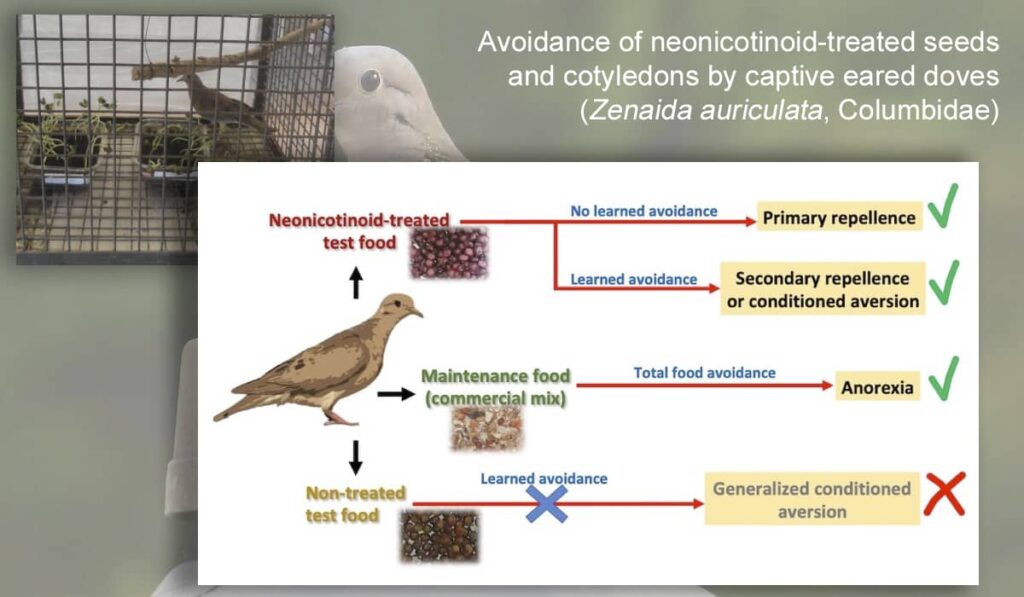