A new scientific work describes the potential of camera trapping for studying the movement and behavioural ecology of wildlife, expanding its range of applications as a conservation tool.

Increasing and improving knowledge about wildlife is a key point in the current context. In this sense, camera trapping (cameras that are activated automatically when an animal passes through its detection field) is presented as a tool with great potential for the study of wildlife. Although the range of applications of camera trapping is already very wide, a work has highlighted its use in two new fields: movement and behavioural ecology.

Specifically, researches from the Research Group in Health and Biotechnology (SaBio) of the Instituto de Investigación en Recursos Cinegéticos (IREC – CSIC, UCLM, JCCM) have described a new procedure that estimates the daily distance traveled by animals from camera trap data.

The starting point for applying the mathematical procedures described in this work is the movement speed of the animals recorded by the cameras. From there, they first developed a procedure of machine learning (machine learning) that automatically identifies different behaviors based on similar movement patterns. For example, slow movements that could be representative of feeding and/or vigilance behaviours; or rapid movements that could be representative of flight behaviour.

Second, they formulated a procedure to integrate the proportion of the day that the study population spends in each behavior, to finally estimate the daily distance traveled by each individual. For the development of these procedures they worked with simulations as a way to represent the reality to understand how it works and to evaluate hypothesis, which allowed them to evaluate the performance of the procedures described in different situations. 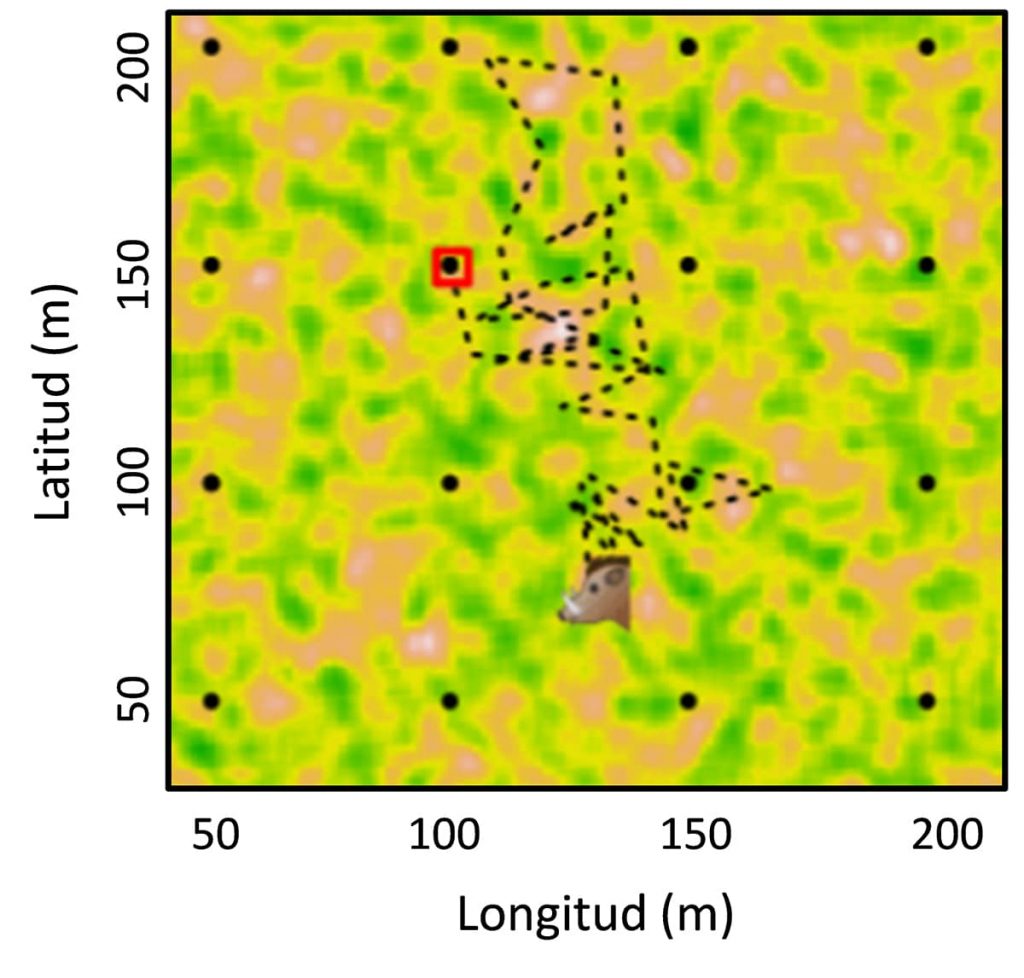 Representation of the simulation. The dashed line represents the wild boar's trajectory, the dots represent cameras, and the red square highlights a camera trap in which the wild boar has been recorded. The background represents the habitat quality gradient (high quality = green; low quality = orange). 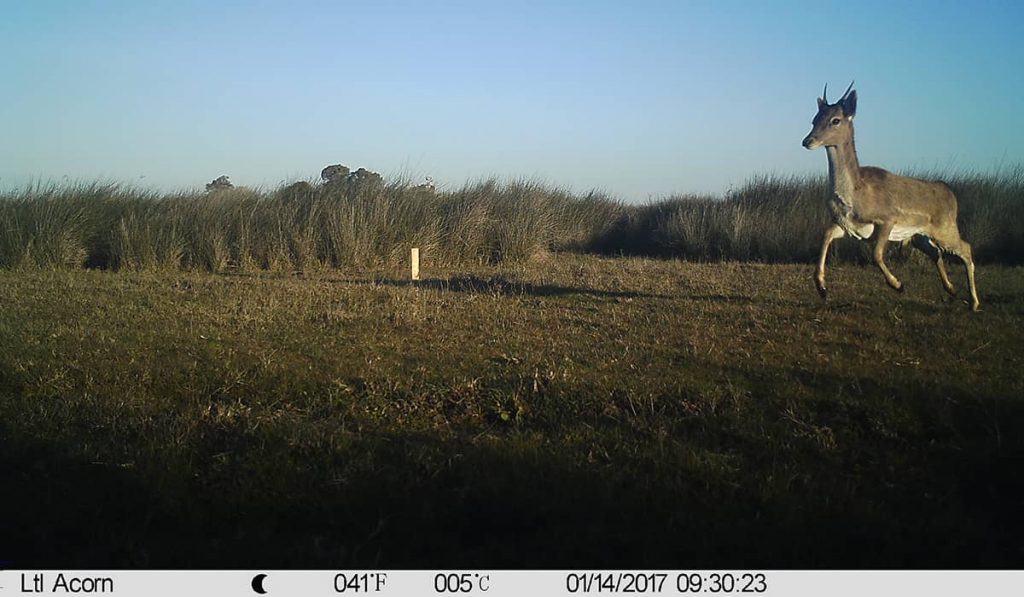 The results, published in the prestigious journal Methods in Ecology and Evolution, show that, as average values, we can highlight that foxes travel about 20 kilometers per day, wild boar and roe deer around 8 km/day, red deer around of 5 km/day, and the fallow deer about 3 km/day. Although they emphasize that there is an important variation between populations of the same species. 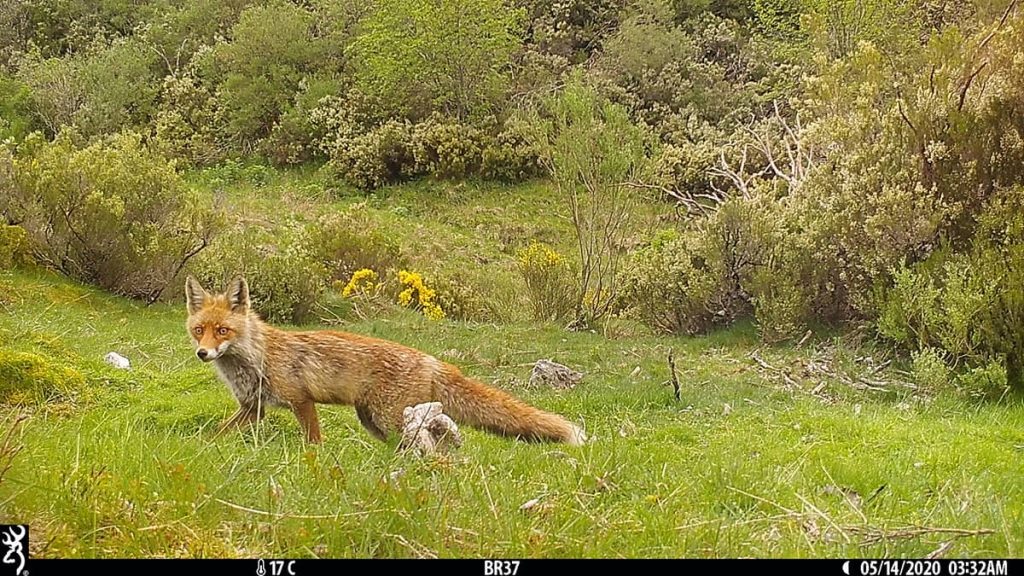 Daytime photo of a red fox (Vulpes vulpes) in northern Spain. Although the red fox is a mostly nocturnal species, it is sometimes possible to observe it during the day.

The study concludes that the described tools increase the range of applications of camera trapping. In addition, knowing the movement patterns of populations is highly relevant for the study of the abundance of wild populations, or the diseases transmission, among others.