A scientific review describes the main scenarios of wild ungulate overabundance that currently exist in Europe and its causes, as well as the most suitable set of indicators of ecological change for its monitoring, diagnosis and management.

The perception of overabundance of a wildlife species appears when its population density is high enough to generate conflicts and problems for humans and/or the conservation of ecosystems. The loss of biodiversity, damage to agriculture and forests, traffic accidents derived from ungulate-vehicle collisions, nuisance to humans, transmission of diseases to livestock and changes in habitats for other species, would be some of the problems associated with the overabundance of wild ungulates.

The admissible level of density depends on the ecological and socio-economic context in which the population is located, and defining this level is important in order to determine the most appropriate strategies and actions for its sustainable management. The keys to this have recently been analyzed by scientists from the University of Aveiro (Portugal) and the Research Group in Health and Biotechnology (SaBio) of the Instituto de Investigación en Recursos Cinegéticos (IREC – CSIC, UCLM, JCCM).

But undertaking the problems derived from the overabundance of wild ungulates in Europe requires a global approach, which must also consider the different scenarios in which overabundance occurs, as well as its causes, since the set of indicators of ecological change to be used to monitor, diagnose and manage overabundance in each scenario depends on this.

Continuing the aforementioned work, researchers from SaBio Group of the IREC, this time with the collaboration of Dr. Marco Apollonio, from the University of Sassari (Italy), have addressed these aspects in a new scientific review that has just been published in the journal Mammal Review. 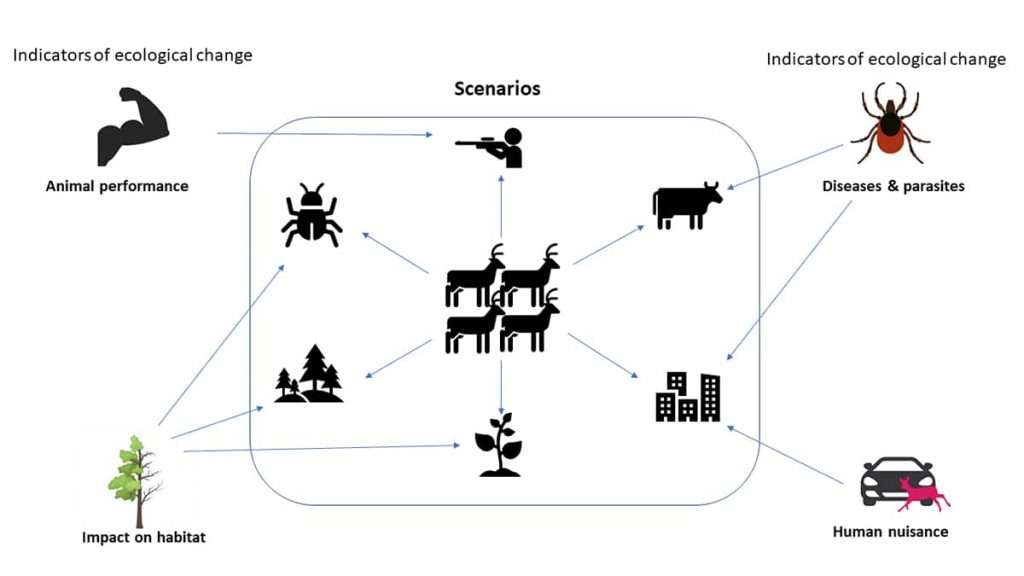 The scientific review describes the main scenarios of wild ungulate overabundance that currently exist in Europe and its causes, as well as the most suitable set of indicators of ecological change for its monitoring, diagnosis and management.

Their analysis has revealed a total of 6 scenarios of overabundance of wild ungulates in Europe: protected areas, hunting areas, forestry, arable farming, livestock farming and urban areas. To monitor overabundance within these contexts, in addition to population density, they have identified up to 4 sets of indicators of environmental change that can be used: one for the detection and evaluation of impacts on habitats, another for the analysis of impacts on animal performance, another for the assessment of increments in diseases and parasite loads, and another to assess the degree of nuisance to humans.

As might be expected, the causes of the generation of overabundance situations vary depending on each scenario. Thus, in protected areas, the limitation of hunting or selective hunting, the absence of predators or reintroductions are the main responsible. On the other hand, in hunting or forest areas, overabundance situations are due to supplementary feeding, intensive population management and poor silvicultural practices.

In the agricultural and livestock contexts, the overabundance of wild ungulates is associated with changes in land use, the increasing cultivation of certain crops and the reduction of livestock raised outdoors. Finally, in the urban context, the easy availability of food (garbage containers, pet food, etc.) and hunting limitations are the factors that have caused an increase in the abundance of wild ungulates, favouring in some cases a process of semi-domestication. 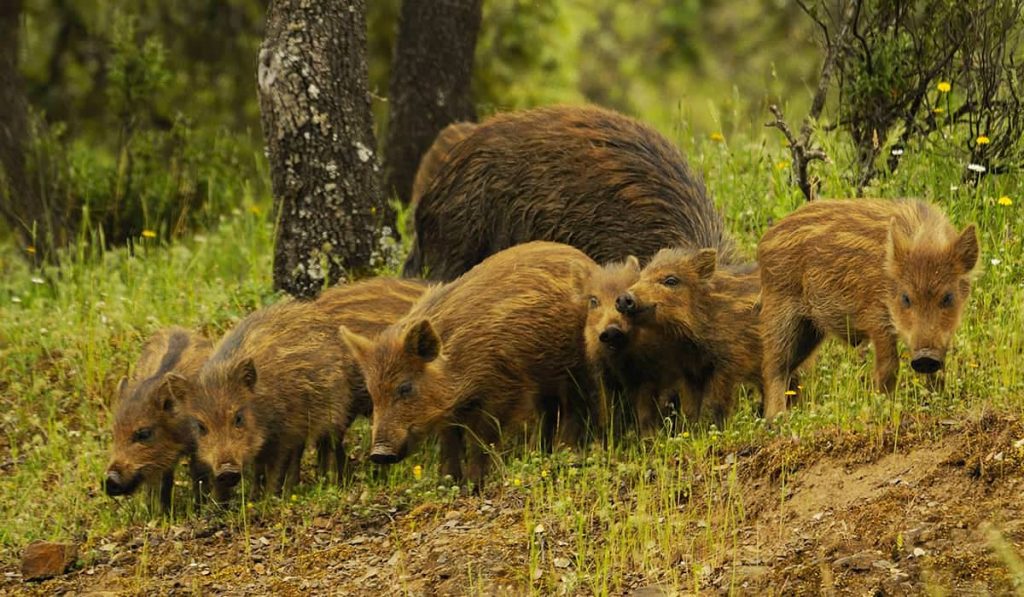 Wild ungulates, especially the red deer (Cervus elaphus) and the wild boar (Sus scrofa), have generated situations of overabundance in Europe. The maintenance of admissible levels of population density of these wildlife species requires the use of indicators of ecological change to monitor, diagnose and manage their overabundance based on robust scientific criteria.

This work evidence that the diagnosis and monitoring of wild ungulate population overabundance via indicators of ecological change, and the management actions required to control these undesirable situations, are strongly context-dependent.