Researchers from IREC, IESA-CSIC, INIA and the Universities of Málaga, Córdoba and Complutense of Madrid have updated the Egyptian mongoose distribution in Spain using different methodologies

The Egyptian mongoose (Herpestes ichneumon) is the only mongoose species (Herpestidae Family) naturally occurring in Europe. It was once restricted to the southwest of the Iberian Peninsula, from where its range could be expanding according to recent studies. However, the scarcity of methodological studies prevents knowing its current situation in Spain with accuracy. 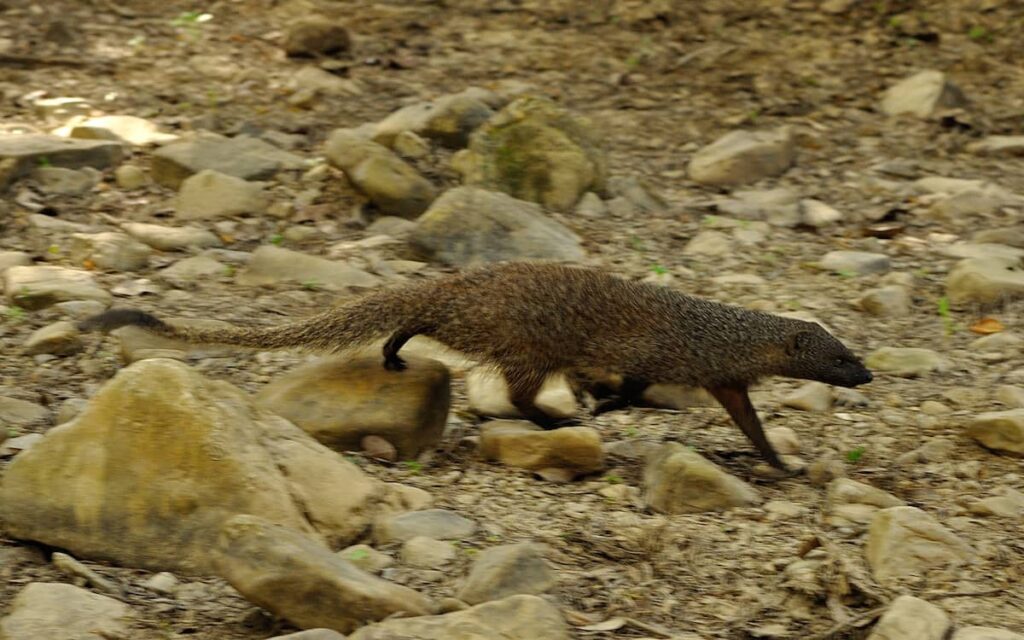 Mongoose’s strictly diurnal habits facilitate its observation during daylight, contributing to a perception of high abundance and population increase. However, its precise distribution is unknown in regions such as Castilla-La Mancha. This is one of the questions addressed in the MELOCAM project, (“The mongoose in Castilla-La Mancha: distribution, abundance, population trends, effects on their prey and social perception” ref: SBPLY/17/180501/000184), led by researchers from the Research Group in Game Resources and Wildlife Management of the Instituto de Investigación en Recursos Cinegéticos (IREC – CSIC, UCLM, JCCM), and funded by the Junta de Comunidades de Castilla-La Mancha (JCCM) and EU FEDER Funds.

In this new study, scientists have used different methodologies to assess the current distribution of the Egyptian mongoose in Spain, focusing their effort particularly in Castilla-La Mancha. On one hand, they carried out a systematic study based on questionnaires to environmental rangers from Castilla-La Mancha. In those questionnaires they asked if the rangers had seen the target species inside and outside of their working area. On the other hand, they collected records provided by experts, coming mainly from road accidents, direct observations and detection by camera-traps. Besides, they used field survey methods to detect the Egyptian mongoose in some specific areas of Castilla-La Mancha suitable for the species according to favourability models.

Results showed that the Egyptian mongoose occurs in most of Extremadura, western Castilla-La Mancha and central-western Andalucía, with some isolated records in northern areas of Spain. It was recorded the occurrence of Egyptian mongoose in 193 new 10x10 km UTM grids in Spain, thus its whole distribution occupies 28.34 % of the Iberian Peninsula 10x10 km UTM grids. This suggests that the range of this mongoose may be expanding in Spain, although other possible explanations for these new records, such as the lack of previous systematic studies on the species in the allegedly expanding area, could not be fully discarded. 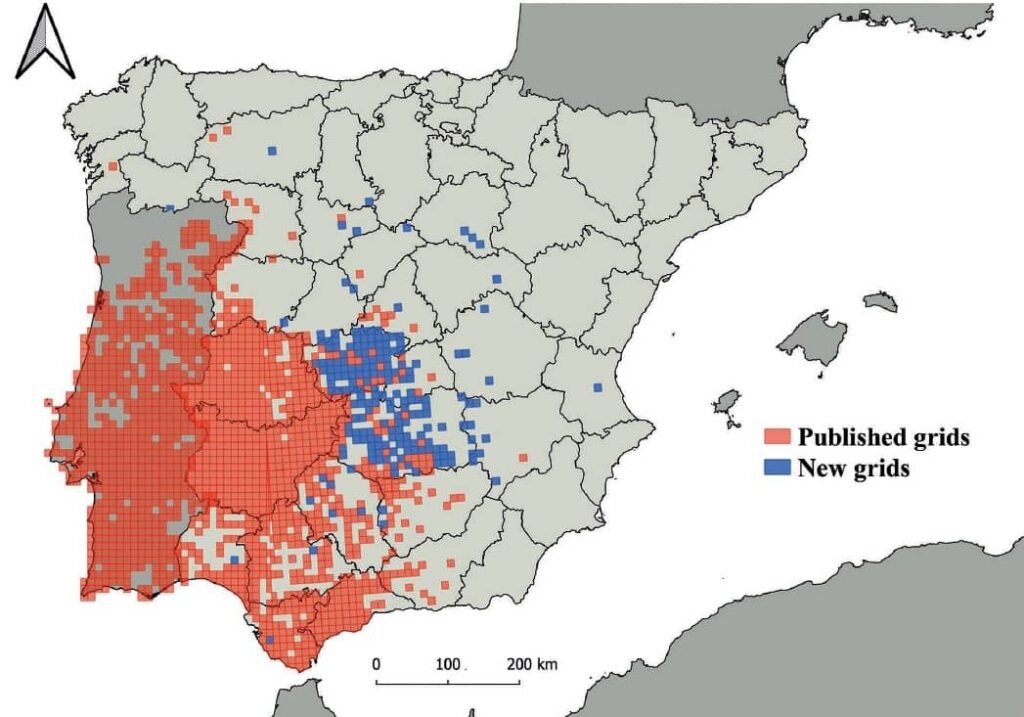