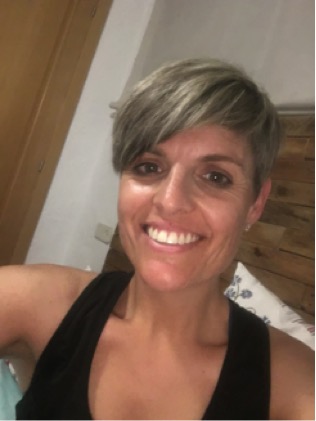 Rocío Fernández is Licensed in biology since 2001 by the Complutense University of Madrid Doctorate since 2006 by the University of Castilla-La Mancha (UCLM). Since 2012 is Titular teacher UCLM attached to the Instituto de Investigación en Recursos Cinegéticos (IREC – CSIC, UCLM, JCCM).

His research has focused on aspects related Reproductive physiology of different animal species. He began his research in sperm ice-biology while performing his doctoral thesis, which was entitled "Study and improvement of freezability of the spermatic material obtained postmortem in the Iberian red deer (Cervus elaphus hispanicus)"Being awarded the Extraordinary Doctoral Award (UCLM) in the area of ​​experimental sciences and health (2005/2006).

It was Juan de la Cierva researcher from January 2008 to May 2009, at which time it became Contracted Doctor Professor UCLM. Years is part of the unit of the Animal Reproduction Research Group in Health and Biotechnology (SaBio) part of the IREC.

Among other objectives, he has worked for several years attempted to identify the physiological properties of sperm responsible for fertility, having published some of their findings in the journal Science. He has devoted much of his research career to the The effect of oxidative stress on sperm physiologyAs well as the effectiveness of different antioxidant strategies, as evidenced by the many scientific publications impact in the area of ​​veterinary science. Attached to the Faculty of Pharmacy UCLM, which has brought new professional relationships. He is currently working on a new line of research that intends to use the nanotechnology as an innovative tool in spermatology using nanoparticles that accommodate antioxidants to protect sperm against oxidative stress.