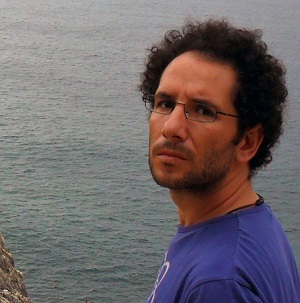 Pelayo has research experience since March 2003, Which was started when the stage as in the PhD researcher Instituto de Investigación en Recursos Cinegéticos (IREC – CSIC, UCLM, JCCM).

won degree of Doctor by the UCLM in 2006 and has since enjoyed 5 Postdoctoral contratos through competitive calls, both in Spain and in Portugal (JCCM, Juan de la Cierva, Beatriu Pinós, Increcyt and Fundaçao for Science and Technology), which has been a postdoctoral researcher stage 7 years, always linked the ecology and management of fauna.

Finally, in 2014 he rejoined the IREC with the contract Ramón y Cajal program and in March 2019 he won a Square of the CSIC Tenured Scientist, With which it remains bound to the IREC, being a member of the Research Group in Health and Biotechnology (SaBio).

studies the spatial ecology wildlife as a basis for determining risk of transmission of pathogens at the interface between wild animals and domestic animals. Seeks to determine patterns of distribution, abundance and aggregation of wildlife and how they respond to different management actions. Using different methodologies for monitoring individuals has generated knowledge about where and when the contacts occur between domestic and wild species in extensive livestock systems of the center and south of the Iberian Peninsula. The information obtained is being used for the development of biosecurity programs with which to recommend concrete and specific measures for each farm management, with which reduce the risk of intra- and interspecific contacts.

Ana is co-author of over 100 articles in international scientific journalsHe is associate editor for the magazine European Journal of Wildlife Research and he has participated in numerous scientific conferences, national and international.