It will use the European pied flycatcher as a study model, and the main challenge will be to study the complex interaction of different evolutionary mechanisms, trying to clarify how they influence the evolutionary dynamics of secondary sexual traits.

What is the evolutionary response of populations to environmental variations in short-term scales? This is the fundamental question that the “R+D+i Project” entitled “SEXECOEVO: Eco-evolutionary dynamics of secondary sexual traits in wild populations of birds with changing environmental conditions”, aims to address, thanks to the “Research Challenges” modality of the Spanish Program for Knowledge Generation and Scientific and Technological Strengthening of the R+D+i System and the Spanish Program of R+D+i Directed on the Challenges of Society, of the 2017-2020 Spanish Plan for Scientific and Technical Research and Innovation.

The project, which will be led by the BIN Jesus Martinez-Padilla, from the Pyrenean Institute of Ecology (IPE – CSIC), and Jesus García González, from the Research Group in Game Resources and Wildlife Management of the Instituto de Investigación en Recursos Cinegéticos (IREC – CSIC, UCLM, JCCM), is integrated into the conceptual framework of the eco-evolutionary dynamic, studying the interconnection between ecological and evolutionary processes, from the perspective of ecological changes that produce evolutionary changes (eco-to-evo).

Over the last decades, it has become clear that ecological and evolutionary changes are closely related, and that they can occur even in short-term scales, which has generated a new conceptual framework that still has large gaps that must be resolved. Thus, the biggest challenge of the project will focus on studying how different evolutionary mechanisms, especially natural selection and gene flow, interact under changing environmental conditions to influence the evolutionary dynamics of secondary sexual traits. 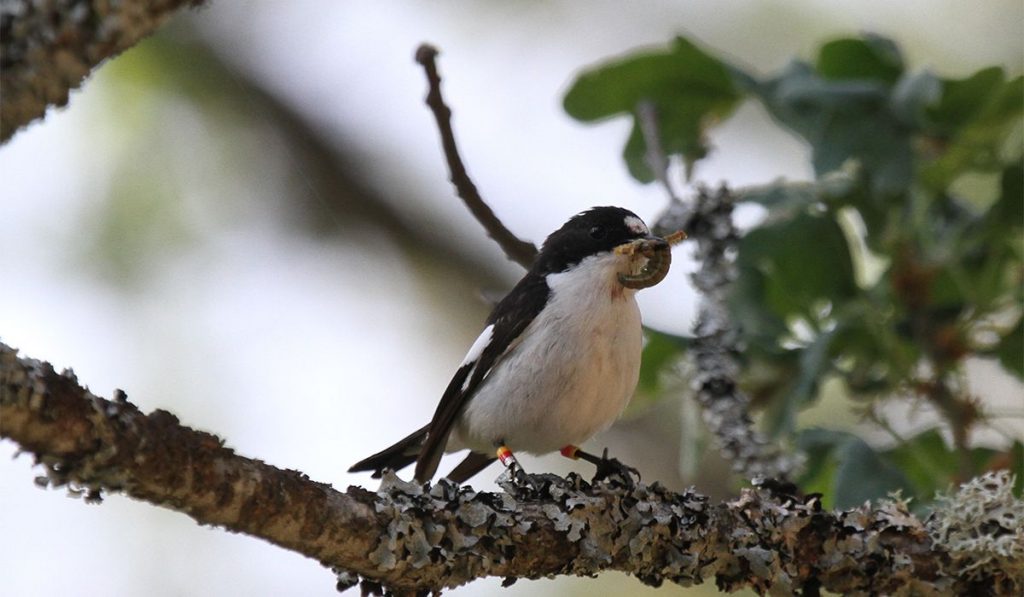 The project will be located in the Sierra Norte of Madrid to focus on two connected populations of European pied flycatcher (Ficedula hypoleuca). that have been individually monitored (capture, tagging and annual recapture of males, females and nestlings) over the last 38 years. This area offers changing environmental conditions, and both populations of flycatchers are subject to a constant but variable flow of breeding immigrants from areas of known or unknown origin, making them ideal for addressing the objectives of the project. Its results could have profound implications for our understanding of ecological and evolutionary interactions in local adaptation, beyond the study of this bird species and these populations, which is essential to understand the origin and maintenance of biodiversity in short-term scales.

A monograph on the bearded vulture in Spain is published