With a focus on One Health Through the ENETWILD Project, IREC coordinates this initiative for the population and health monitoring of wildlife in Europe.

The European Wildlife Observatory (EOW) is a network of "observation points" made up of collaborators from all the countries of the European Union whose objective is monitor wildlife populations at the community level. It is an initiative that aims to lay the foundations for coordinating wildlife monitoring systems through reliable and methodologically harmonized methodologies, to meet the scientific needs of integrated monitoring: both population and health.

The EOW, which is based on the concept One Health (One Health) to analyze the risks associated with diseases shared between wildlife, livestock and humans - information that is also essential for the conservation and management of wildlife - is funded by the European food safety authority (EFSA) through the ENETWILD project, which is coordinated by the Institute for Game and Wildlife Research (IREC - CSIC, UCLM, JCCM). 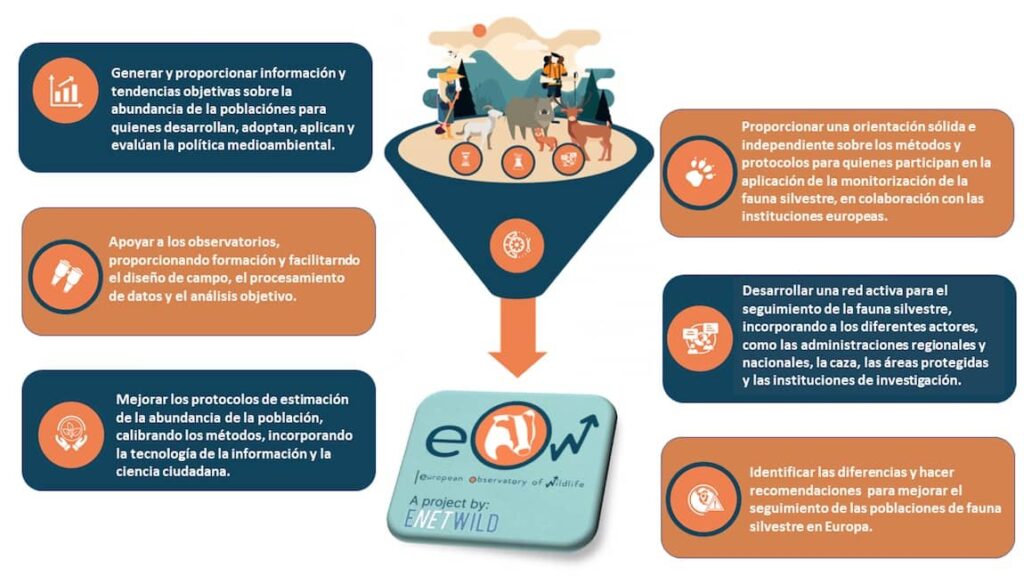 In this context, IREC recently concluded an online workshop on wildlife monitoring as a basis for coordinated decision-making in Europe, which included the participation of representatives of various European institutions and projects, such as the Directorate General Health and Food Safety (EU-DG SANTE, EU-DG ENVIRONMENT), the European Environment Information and Observation Network (EEA-EIONET), the European Co-funded Partnership on Biodiversity-SYKE, the Europa Biodiversity Observation Network (Europa BON) and EFSA itself, as well as a hundred experts from 32 countries.

The experts discussed the recommendations for coordinated national plans for monitoring wildlife species, including hunting. The results of this meeting will contribute to improve the monitoring, the institutional decision-making coordinated both vertically (that is, from the local, regional, national to the international level) and horizontally (that is, between sectors of society involved) to generate collective action, highlighting the need for scientific, technical and rigorous planning, but above all coordinated between all EU countries. 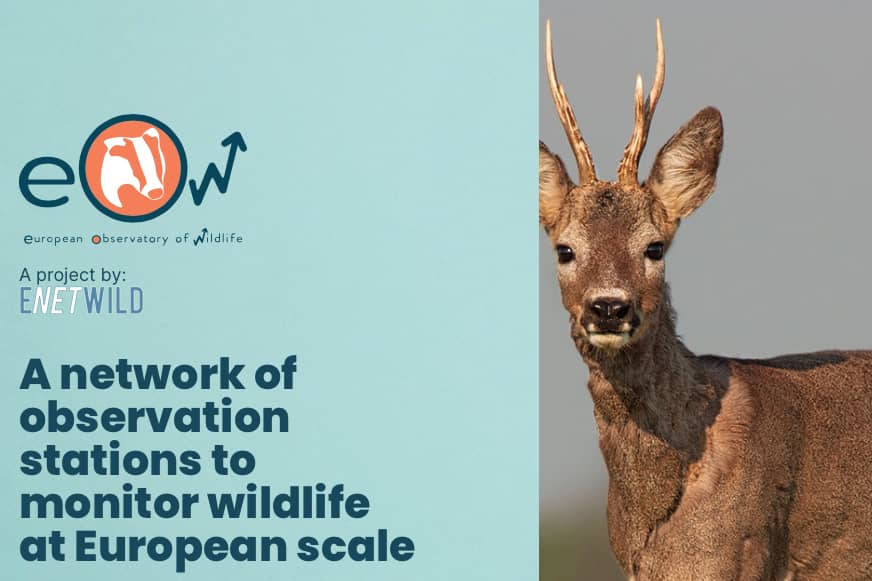 The European Wildlife Observatory (EOW) is a network of “observation points” made up of collaborators from all the countries of the European Union whose objective is to monitor wildlife populations at the community level.

And it is that one of the main conclusions reached by the experts is that the monitoring of wild fauna requires rigorous and objective scientific supervision to achieve the acceptance of the social and economic agents involved in its management and conservation.