With a duration of between 3 and 4 years, the objective of this predoctoral contract will be to develop strategies to improve pesticide risk assessment for terrestrial amphibians.

The Research Group in Wildlife Toxicology of the Instituto de Investigación en Recursos Cinegéticos (IREC – CSIC, UCLM, JCCM) is seeking for a candidate to conduct the PhD within the “TerAmphiTox Project”, whose main objective is the development of strategies to improve pesticide risk assessment for terrestrial amphibians.

During the PhD, the selected candidate will investigate about the factors determining pesticide toxicity on terrestrial life stages of amphibians and elaborate recommendations for implementation in the regulatory risk assessment of these substances, with special emphasis on the conservation of terrestrial amphibians.

The PhD will be conducted at the Instituto de Investigación en Recursos Cinegéticos (IREC), located in Ciudad Real (Castilla-La Mancha, Spain), and will be supervised by Dr. Manuel Eloy Ortiz-Santaliestra, from the Research Group in Wildlife Toxicology of the IREC, and Dra. Isabel Lopes, from the University of Aveiro (Portugal). 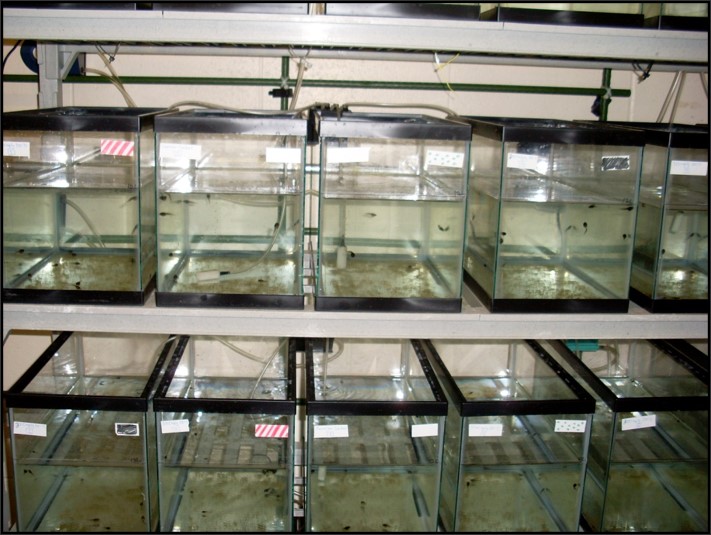 The TerAmphiTox Project, which is financed by the Federal Agency of the Environment of Germany (UBA), recognize that half of the European amphibian species are present in arable lands, frequently within areas of pesticide application, hence pesticides have been pointed as one of the reasons for amphibian population declines. However, amphibians are not routinely considered in environmental risk assessment (ERA) of pesticides.

It is assumed that amphibians are protected from the impact of pesticides through the assessment conducted on other species including birds and mammals, which act as surrogates, but there is growing evidence that using surrogate taxa to extrapolate pesticide impacts to terrestrial amphibians leads to an underestimation of the actual risk.

The PhD project include 2 phases: an experimental phase, focused on investigating the toxicity of different pesticides on amphibian terrestrial stages, determining effects on different organs with a particular attention to the skin when direct dermal exposure to pesticides happens; and an analytical phase, focused on the establishment of toxicity patterns based on the study of biomarkers and on their comparison to other taxa, with the purpose of recommending a protocol for implementation as part of the regulatory ERA of pesticides.

It will be a 3-year, full-time predoctoral contract, expected to start between October 2020 and January 2021, with the possibility of extension up to an additional year depending on the project progress. The selected candidate will receive high-level training in animal experimentation, toxicity characterization, analytical chemistry and determination of different types of biomarkers. Furthermore, he/she will have options to complement research and training objectives at the University of Aveiro and to conduct additional short-term research stays in other academic, governmental or private institutions across Europe , especially through the activities planned within PERIAMAR, the COST action aimed at evaluating the risks derived from the use of pesticides on amphibians and reptiles in Europe.

Applicants must be highly motivated by the topic in which the PhD thesis will be developed, proficient in English, and hold either a Master’s degree or a Bachelor’s degree obtained after getting at least 300 ECTS. These studies must have been obtained not before January 1st, 2017, with an average grade of at least 6.5 in a 0-10 grading scale, in an area relevant to the project objectives, such as Biology, Toxicology, Environmental Sciences, Veterinary Medicine or Ecology.

Moreover, aspects including knowledge on amphibian biology and/or environmental toxicology, experience in the preparation and examination of histological samples, knowledge on data analysis and use of statistical software, previous experience in scientific and academic writing, and in presenting research results in seminars, conferences, congresses or workshops, and an official certification for using animals with experimental purposes, will be given special consideration when examining the applications.

Interested applicants must send a message to Dr. Manuel E. Ortiz-Santaliestra(ManuelE.Ortiz@uclm.es) before August 20th 2020, with the subject “PhD TerAmphiTox”, including the following PDF documents as attached:

Shortlisted candidates will be contacted back for an online interview during September.