Ticks are arthropod ectoparasite vectors of pathogens and the cause of allergic reactions affecting human and animal health worldwide. In humans, tick bites can induce high levels of IgE antibodies against the carbohydrate alpha-Gal (a-Gal) present in biomolecules from tick saliva that mediate allergic reactions to tick bites and mammalian meat known as the alpha-Gal syndrome (AGS).

The research team of Professor José de la Fuente, from the Research Group in Health and Biotechnology (SaBio) of the Instituto de Investigación en Recursos Cinegéticos (IREC – CSIC, UCLM, JCCM), has developed a new animal model for AGS was developed in our lab using zebrafish for the study of allergic reactions and the immune mechanisms in response to tick salivary biogenic substances and red meat consumption. 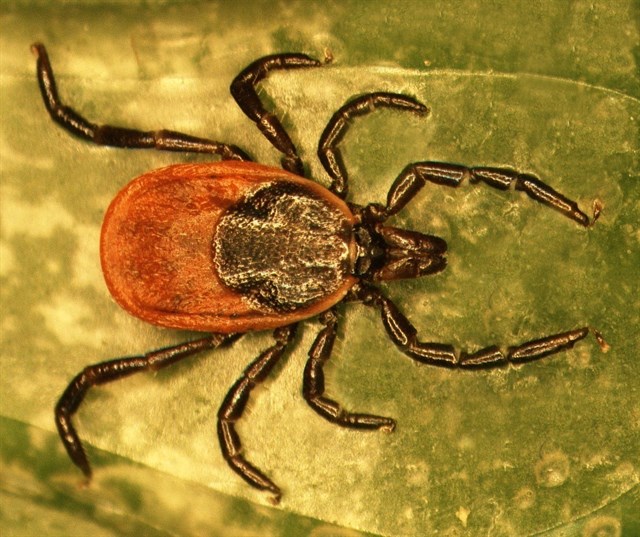 Ticks are arthropod ectoparasite vectors of pathogens and the cause of allergic reactions affecting human and animal health worldwide.

The results of this model showed allergic reactions in response to tick salivary biomolecules with and without ⍺-Gal and red meat consumption, which were associated with tissue-specific TLR-mediated responses in Th1 and Th2 cells. However, little information exists about the tick saliva biomolecules and host immune response mechanisms in response to α-Gal and associated with the AGS. Thus, trying to understand how immunity is regulated in response to a-Gal produced by ticks is essential for the diagnosis and prevention of AGS and other infectious diseases caused by pathogens containing a-Gal on their surface.

Thanks to the “BIOGAL Project: Identification and characterization of tick salivary biomolecules and mechanisms associated with the immune response to a-Gal”, which has been proposed for funding in the 2020 call of the Spanish Program for the Generation of Knowledge and Scientific and Technological Strengthening of the R+D+i System and the Spanish Program of R+D+i Oriented to the Challenges of Society, Dr. José de la Fuente’s team will hypothesize that tick salivary biomolecules such as proteins and lipids with and without a-Gal modifications are involved in the modulation of host immune response to a-Gal. Therefore, the identification of tick salivary biomolecules with a-Gal modifications and recognized by human sera is fundamental towards understanding the immune mechanisms involved in response to a-Gal, and the treatment and prevention of the AGS before it becomes a pandemic disease. 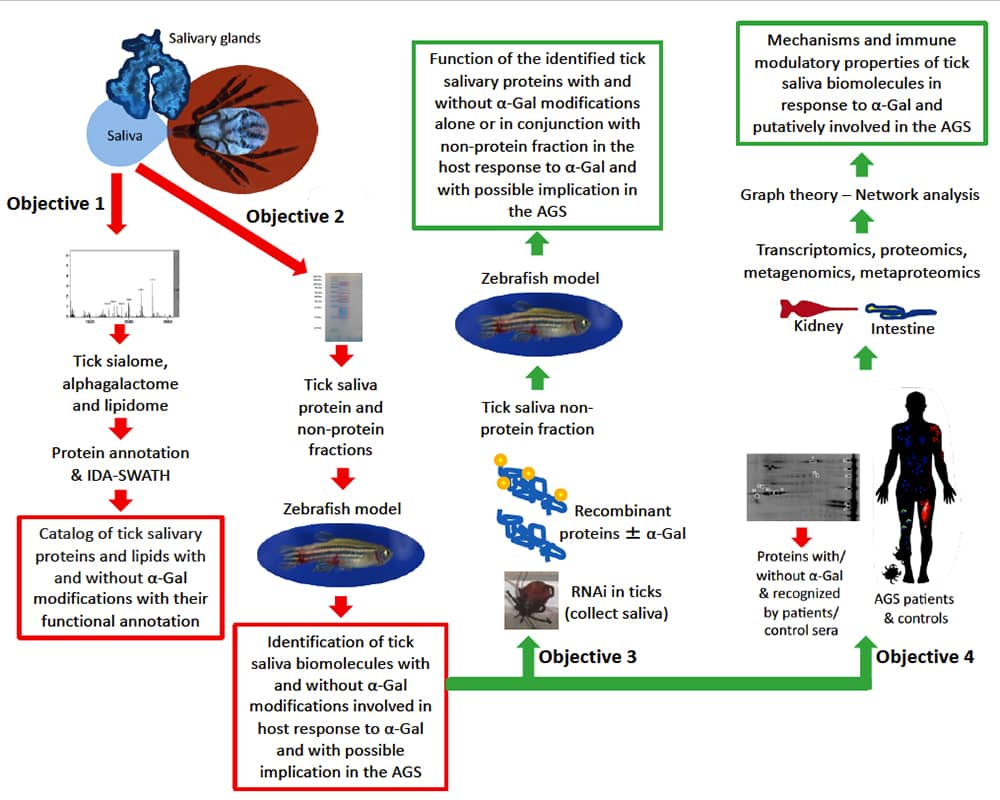 Graphical abstract of the BIOGAL Project.

Their hypothesis is that tick salivary biomolecules with and without a-Gal modifications are involved in modulating human immune response against this carbohydrate. Because of this, the objective of this project will be to identify and characterize the mechanisms mediated by tick proteins with a-Gal modifications (alphagalactome) and biomolecules with and without this modification that are associated with the immune response to a-Gal and differentially recognized by human antibodies from AGS cases as candidate components with immune modulatory properties in response to a-Gal and putatively involved in the AGS.

Scientific works derived from this research project will provide a fundamental understanding of the tick-host molecular interactions and mechanisms involved in host immune response to a-Gal and the AGS, thus they will advance the possibilities for evaluating the risks of developing AGS after tick bite, and targets for the diagnosis, treatment and prevention of these allergies.

This project, which has the long-term goal of protecting humans and animals against ticks and their infectious diseases, addresses important questions concerning vector-borne disease with growing global importance and the possibility of using the immune response to a-Gal for the control of infectious diseases caused by pathogens carrying this modification.